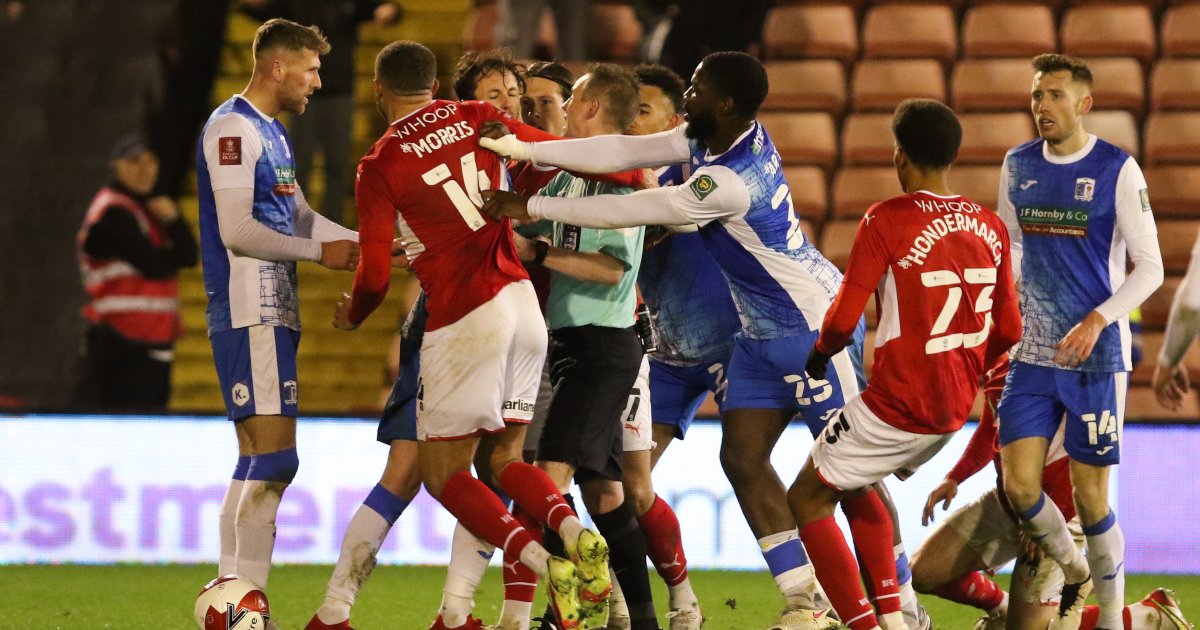 What a fantastic third round of the FA Cup. And what perspective it gave us about the state of the modern football landscape. Cambridge United’s win over a dreadful Newcastle United was part of the great cup tradition of a lower-league side beating a failing top-flight team. It’s been going on for 150 years and long may it continue.

Elsewhere, lower-league sides fought even contests against teams one or two leagues above them – four leagues above them in Kidderminster’s case. It all went to prove that the difference in standards between lower tiers are not so great really, certainly not in a one-off game. It also proved that despite unparalleled riches, many top-flight slides have little depth in quality beyond the first 16. Hence Spurs’ awful performance for 70 minutes, Burnley’s loss to Huddersfield and Arsenal’s loss to Forest.

It all showed that, outside of the Premier League, football remains much as it ever was, right down the pyramid. Identifiably the same game and, a few cosmetic factors aside, the same kind of football played in the rain, in the same great compact, romantic little grounds, full of excited people, plastered with adverts for local joiners and garages, with houses visible beyond, houses where the honest citizenry live their lives, connected to the club, sometimes literally. It is gritty, honest and has real soul and civic heft.

This is why football is such a popular sport; it’s why the collective attendance for football outside the top flight outstrips its elite relations by about six million. We are told by the Premier League that we want to see the big brands, the big clubs, the big players and will pay big money to do so and that’s why 91% of all broadcast fees go to the top 20 clubs. The all-singing and dancing Premier League is so fantastic that makes this wild imbalance justified, at least in their imaginations.

But the fact is, lower-league football is greatly loved. The figures prove it. Barnsley’s Oakwell Stadium got 4,755 people to see them play out a stripped-to-the-waist-fighting-on-the-cobbles 5-4 win over Barrow in filthy conditions. Nearly 5,000 filled Victoria Park to see Hartlepool United beat Blackpool. Almost 8,000 went to see Yeovil play Bournemouth, nearly 5,000 were at Kidderminster and 7,297 watched the muck and nettles encounter which saw Middlesbrough win 3-2 at Field Mill against Mansfield Town.

Day to day, week to week, we don’t always take an overview of football’s popularity. It’s understandable. We’re caught up in the dailies and our ever-changing moods. And when the Premier League markets itself so successfully as the only show in town, we easily lapse into believing that outside of the top flight is a wasteland of gaunt hollow-eyed povs, kicking a ball around scruffy fields scattered with broken glass and shattered dreams. The shadow of the top flight is cast dark and long and can make us discount our own presence elsewhere, almost as though it is a niche thing.

But nothing could be further from the truth. As Ian King pointed out in an excellent feature last week, attendances for non-league football have substantially increased in recent times with an average attendance for tier 5 now being over 2,800.

Former Conference/National League sides like Forest Green, Crawley, Salford and Harrogate are all now in the EFL and averaging more than 2,000 spectators per game.

The third round showed us football is in rude health, even if its finances are often not. Even so, it is usually only wage levels that undermine clubs’ financial health’ keep a check on them and everything works rather well. They are simple businesses to run and many are actually well run. There is a realisation how destructive wage inflation can be; most, but not all, understand it. Most clubs are SMEs which turn over a few million quid thanks to football’s eternal attractions on display this weekend. This round of the cup reminded us of the brilliance of football below the top tier and showed just why it continues to thrive.

The ‘best league in the world’ lie – how could anyone even prove such a bloated, self-important notion? – needs to assert how much better, or more crucially, how much more enjoyable, than the rest of football its performers are, in order to have even a sliver of credibility and to justify its ludicrous riches. It has been pumping out that propaganda for three decades, and while some have succumbed blank-eyed and drooling to its honeyed words, all the while having their pockets picked, many more have not and will not. The attendance figures are proving it.

The bonesaw brigade, the petro-dollars, the oligarchs, the corporate financiers, the anonymous sporting investment funds…these people offend many, including fans of the clubs they hold in their greasy, blood-splattered, grasping hands. Their vibe is down and bad. This weekend showed us football is about more than the shallow materialism of the Premier League, more than the sporting equivalent of the Salt Bae £1,500 steak wrapped in gold leaf.

The phoney corporate glories it offers are meaningless to many, perhaps especially to the thousands of people going to games right down the pyramid, from a few dozen standing behind a rope to the 12,843 people who went to Meadow Lane in November 2021 to see a 2-0 victory for Notts County over Solihull Moors. Life is not perfect, there are still problems, there always are – the waters may sometimes be muddy but are rarely actually poisonous the way they are at the top of the game. .

This weekend, the Premier League never looked more like a breakaway league, separate from the heart and body of the game, from the whole glorious soccer landscape, a panoply which, though sometimes stained by the toxic leakage of greed from the top flight, remains largely unchanged and increasingly loved, as people flock towards something real and meaningful, something that does not offend. Something that does not have VAR.

That is the real people’s game. This weekend, it turned its dirty face to the sun and smiled, and, man, it was a glorious hallelujah moment.