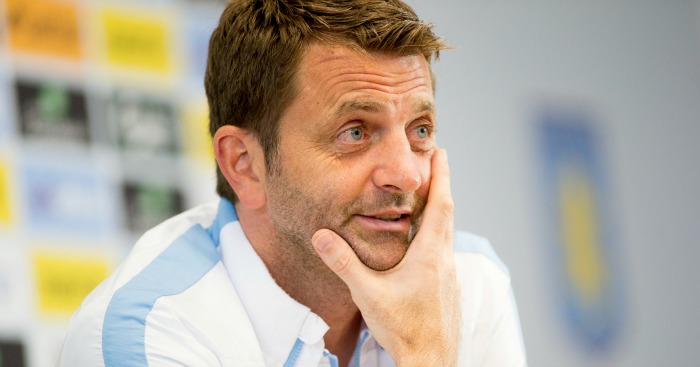 Perhaps it is fitting that it was Les Reed, perennial inclusion in a ‘worst Premier League managers’ countdown, who fired the fatal shot at English football management.

“Initially my job is to identify coaches who will buy into the model of the club because of the track record they’ve got and the style they play,” Southampton’s Head of Football Development says. “So far I’ve hit the nail on the head with managers who have a very similar philosophy – and that’s what attracted them to the club.

“I’m entrusted to do the recruitment from minute one, to the point where I present the manager to the board as the one I want to appoint. Someone’s not going to come in here and say – ‘Scrap all that, I don’t want all that, this is the way I do it.’”

The title ‘Director of Football’ is a dirty phrase among many in English football. It is He Who Must Not Be Named, the faceless, shapeless presence who comes into the bedrooms of traditional English managers, haunting their dreams.

Reed’s title is different, but his remit is the same. It was Len Shackleton whose autobiography became famous for a chapter headed The Average Director’s Knowledge Of Football and consists of a blank page. It is also difficult to imagine someone more involved in and encapsulated by football than Reed.

“No – I’ve worked under a director of football before,” said Tim Sherwood at his Aston Villa unveiling, although it later became clear that he had ceded some responsibility. “There is no point any club bringing in a footballer who the manager doesn’t want. Because there is no-one accountable then. Everyone is looking to blame everybody else.”

If Sherwood is the apprentice, the identity of the master is obvious. “It’s a joke really that you are expected to work with someone else’s players,” says Harry Redknapp. “It’s all very well someone recommending players to you but when they don’t work out, it’s your head on the block.”

It isn’t difficult to see their point. Premier League management is as precarious as deep sea fishing or lumberjacking. Take out Arsene Wenger – the obvious anomaly – and the longest-serving Premier League manager appointed when the club was in the top flight is Mark Hughes at Stoke City. Hughes has been in charge for two years, 190 days. Next comes Jose Mourinho. The buck may be passed around during times of strife, but only ever stops its journey at the feet of one person.

Anything outside the manager’s remit is to be distrusted as standard, treated like Alf Garnett presented with a squid and chorizo paella. Alex Ferguson famously advised to “check under the sauce to make sure” when an Italian tells you it’s pasta, but that wariness stretched to many other aspects of his managerial fiefdom. To delegate responsibility is a sign of weakness.

Yet this English style of management has never been at a lower ebb. Alan Pardew and Crystal Palace have proved to be a perfect fit, but the other four domestic bosses are sat 15th, 17th, 18th and 19th in the Premier League. Only Sherwood’s own sacking at Villa Park stops the sorry set at the bottom from being complete.

More importantly, there are few reasons for short-term optimism. The shortest price on an Englishman to be next Arsenal manager is Derby manager Paul Clement at 20/1, who spent his last three years in Paris and Madrid. Playing the same game with Manchester City brings up Glenn Hoddle at 40/1. Eileen Drewery has as much chance.

Further down the Football League, the same pattern occurs. Of the 11 Championship managers appointed since June 1, only three are English (with Clement as one). Uwe Rosler, Marinus Dijkhuizen, David Wagner, Carlos Carvalhal and Jimmy Floyd Hasselbaink all representing for the continent.

The mournful reaction to Sherwood’s sacking at Villa was predictable, both in nature and timing. ‘At Aston Villa they do not yet have a name for those responsible for signing players, but the club’s current situation suggests that, whatever it is they are trying to do, it certainly isn’t working,’ wrote Sam Wallace in the Daily Telegraph. Sherwood had the ‘unenviable task of making the club’s brave summer transfer strategy work’.

Like it or not, it’s a task that Sherwood – and other English managers -must grow accustomed to if they wish to survive and succeed. The sporting director model, favoured across Europe, is the undeniable future. It involves someone overseeing player recruitment (although managers do get significant input and sway), and requires more need for a head coach than manager. Staidly shouting your disapproval into the void won’t change the reality.

This new strategy may make managers more dispensable, but it also allows for smoother transitions between tenures. Clubs can change the brickwork without cracking the foundations. The nonpareil is for a new coach to stand on the shoulders of former giants.

By allowing a manager to be omnipotent in the modern game, owners risk tying themselves to a sinking ship. Mistakes made in the decision to hire are then compounded when they administer their own recruitment decisions. That risks a stockpiling of unwanted and demotivated employees when the manager is moved on. Queens Park Rangers 2010-15 are the case study in point, with Redknapp, Neil Warnock and Mark Hughes as accomplices in the downfall.

The surprise, therefore, is not that this typically English management approach is dying out, but that it was kept alive for so long. The impracticality of someone on a two-year contract but only ever three months from the sack signing players on three and four-year deals is absurd. With transfer budgets continuously increasing, owners want due diligence on their deals. Top-down is the new bottom-up.

Some have already adapted to demands. At Bournemouth, Eddie Howe’s transfer targets are identified by former striker Steve Fletcher and his scouts, while Southampton are the aforementioned blueprint for the future. Garry Monk’s departure from Swansea would not involve him taking his wheel with him, thus requiring his successor to reinvent it. It is no coincidence that these three clubs were able to implement this structure away from the glare of the Premier League spotlight.

“This type of joined-up thinking, planning and detail is where football has to and will go,” said Gary Neville in January, another who has adapted to the altered remit. “This modern structure where the head of analysis is aligned with the head of recruitment onto the head coach, the sporting director and board.” It is no surprise that Neville has taken a job where that set-up is in place as default.

There is an established dance move every time an English manager loses his job; hands wring, heads shake, eyebrows raise, mouths tut. Rather than mourn the effect, it’s time to address the cause. Rather than see a dilution of responsibility as a hit to the ego, the traditional English manager must adapt to the changing demands of modern football. Rather than cry foul at alleged interference, they must learn to embrace the added support.

Only through acceptance will English managers become more attractive to bigger clubs. Expecting owners to accommodate managerial omnipotence is like going to France and assuming your Francs will still be accepted as legal tender. The landscape has changed.