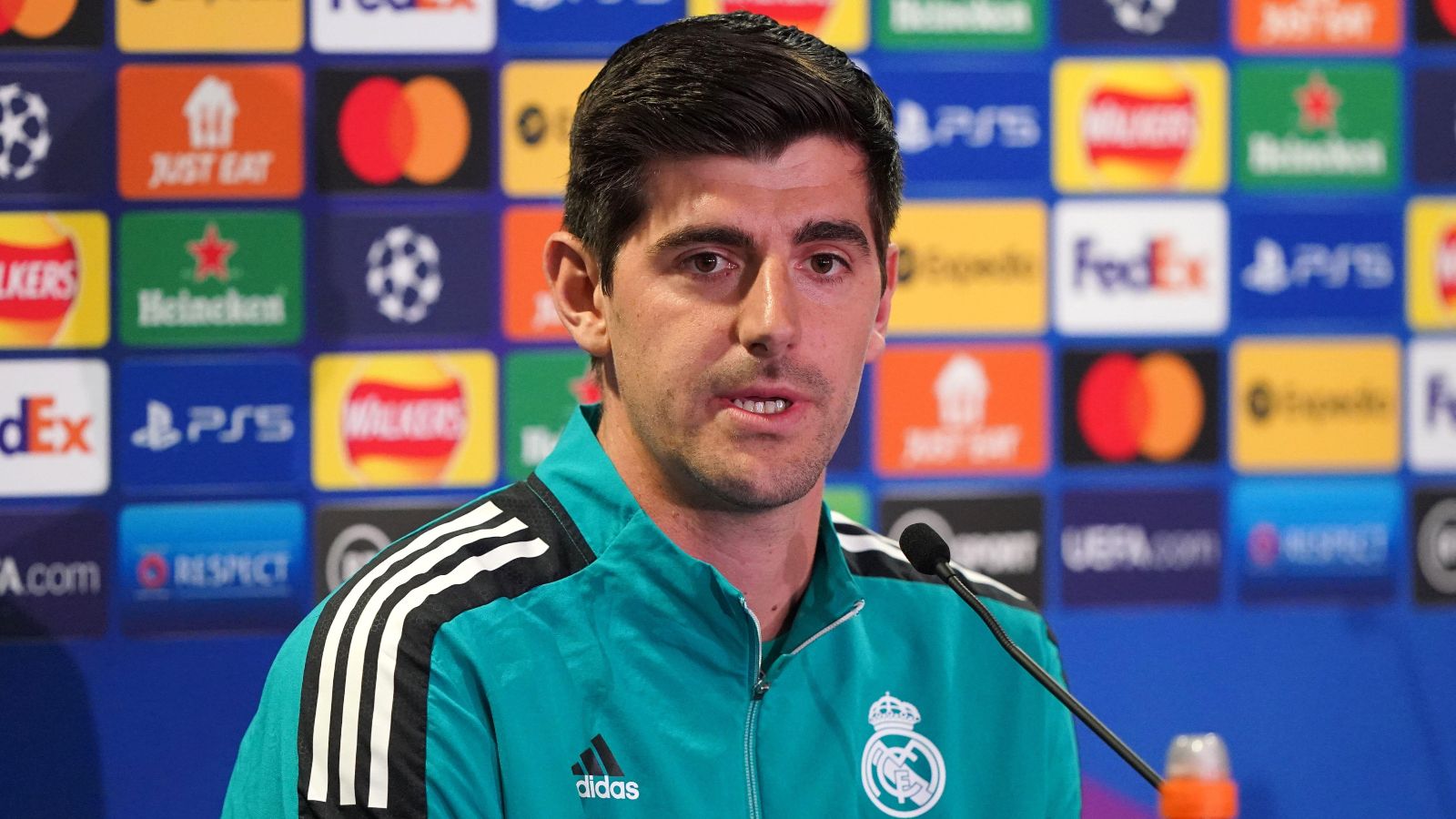 Real Madrid goalkeeper Thibaut Courtois believes it is “strange” that Romelu Lukaku has struggled for Chelsea as he is a player with “enormous quality”.

Lukkau failed to score from his 15 appearances during his first period at Chelsea.

Following prolific spells at the likes of Manchester United and Inter Milan, he returned to the Blues last summer.

Lukaku has scored twelve goals from his 35 outings across all competitions this term.

The Belgium international has fallen down the pecking order in recent weeks. He has not started any of Chelsea’s last four league games.

Kai Havertz has played ahead of Lukaku. The German has performed well as he has grabbed four goals and an assist from his previous four outings.

Ahead of this game, the goalkeeper has backed Lukaku to “get through” this tough period:

“I know Romelu is a really great striker. Obviously, it is a bit strange not to see him play that much lately,” Courtois said (via Eurosport).

“He is a guy with enormous quality. He finds the goal easily. Obviously there are other great strikers in Chelsea. I understand it is not always easy when the team is winning, obviously, the manager keeps playing the same players.

“I’m sure he will be good but I hope it’s not tomorrow [Wednesday]. He can wait one more week.”

Elsewhere, Glenn Hoddle believes Lukaku only has himself to blame for his poor form: