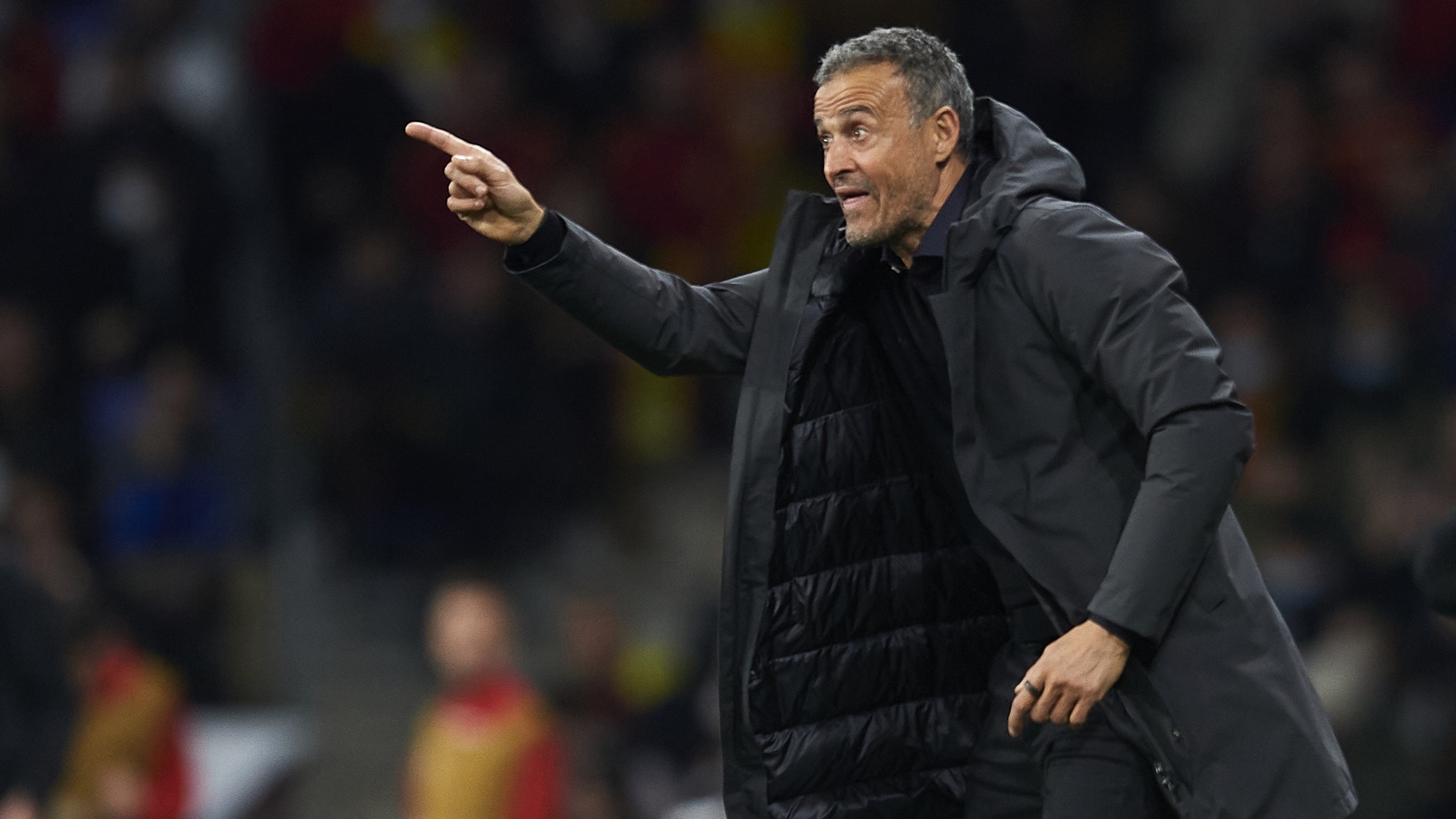 Luis Enrique is reportedly a ‘genuine contender’ to be Manchester United boss next season.

The United hierarchy are currently searching for a new permanent manager to take over from interim boss Ralf Rangnick.

They are said to have held formal interviews last week with Erik ten Hag said to be the frontrunner after sit down talks with the Red Devils board.

But Express have thrown a spanner in the works, claiming Spain boss Enrique is being seriously considered.

The 51-year-old started his managerial career with Barcelona B before taking charge of Serie A side Roma.

He then returned to Spain to take the helm at Celta Vigo before Barca gave him the top job in 2014, winning the treble with the Catalans as Lionel Messi, Neymar and Luis Suarez led from the front.

He took charge of the national team in 2018 and has been credited with bringing young stars into a side on the up.

They would not have to pay ‘top dollar’ to lure him from Spain, while Ten Hag or Mauricio Pochettino would require sizeable payouts to Ajax and Paris Saint-Germain respectively.

It’s been thought to this point that it would be either Ten Hag or Pochetino taking over at Old Trafford, but it seems two top contenders have now become three.

He said: “I think [Pochettino] commands respect, I think he demands work from the players. But all these names are great names.

“Brendan has great experience in the league. Zidane, surely the language barrier has got to be a thing.

“[Erik] Ten Hag has done unbelievable with Ajax, but they’re the best team in Holland – is he going to be able to dominate the ball over here in the Premier League like he does in Holland?

“I think one name that’s not on there, which I’d like to see, is Luis Enrique.

“If you manage a big football club like Barcelona, and you won the treble there, and then you can go and take a pretty average team to a semi-final [of Euro 2020] in Spain, I think that’s the type of guy [United need].”

“And he’s only managing the national team, so I think he could come in and do the job now.

“I think he would transform United from a good team into a great team.”