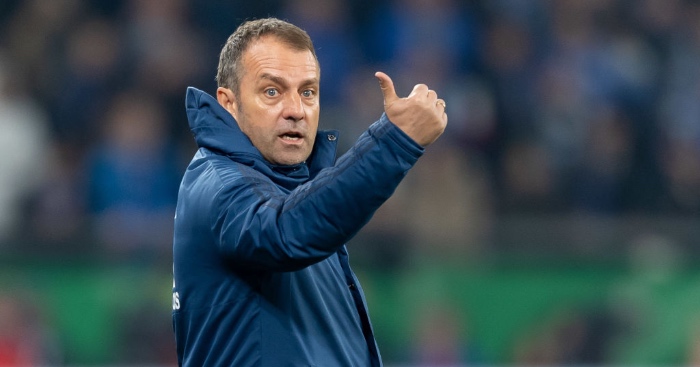 Kicker says that “concrete enquiries” from the Premier League have reached Flick’s representatives, with his long-term future at Bayern up in the air.

The publication do not mention the interested parties, although Sport Witness suggest interest from England may well have been ramped up to aid Flick get a permanent contract at Bayern.

Flick was initially appointed interim manager after the dismissal of Niko Kovac at the start of November after a 5-1 drubbing by Eintract Frankfurt.

Flick, 55, was then confirmed as manager until the end of the season and in his 20 matches to date Bayern have won 17 games and lost just twice.

The German champions have scored 65 goals and conceded only 14, and hammered Chelsea 3-0 in the first leg of their Champions League knockout tie at Stamford Bridge last month.

No permanent, long-term deal has been forthcoming for Flick, but Bayern CEO Karl-Heinz Rummenigge has hinted Flick could be retained beyond this season.

“Our coach turned 55 yesterday,” Rummenigge reportedly said last month – as per Goal.“This is a good age. We’ll give you a pen in this red packet. Sometimes you sign papers with pens.”

Kicker claims Bayern’s supervisory board met on Monday and Flick’s future was discussed.