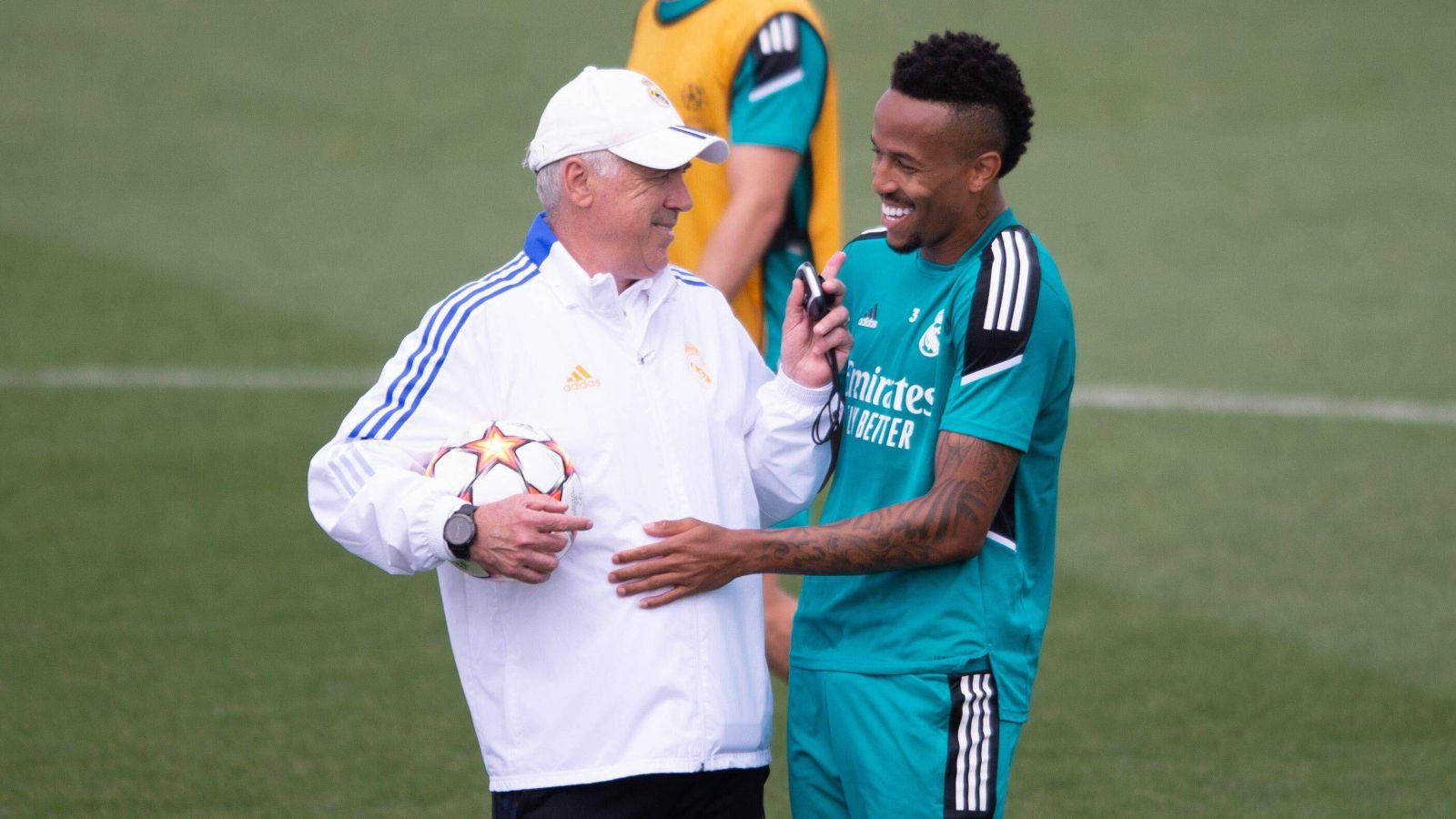 Former Liverpool left-back Jose Enrique thinks Carlo Ancelotti’s tactics could be “damaging” for the way the Reds like to play ahead of their Champions League final against Real Madrid.

The Reds face Los Blancos for European club football’s top prize at the Stade de France in Paris on Saturday, four years on from Real’s victory over Jurgen Klopp’s side in the final in Kiev.

Fabinho, Joe Gomez and Thiago Alcantara are slight doubts for Liverpool but apart from that Klopp has a full squad to choose from.

And Enrique believes that Liverpool have a better team that Real Madrid but worries that the way Ancelotti sets up his side could be “damaging” for the Premier League side.

Enrique told bettingexpert: “The way Ancelotti set up his team is actually damaging for the way Liverpool plays. With Vinicius Junior there on the left, Trent (Alexander-Arnold) is very offensive, so normally there’s always a lot of space there and he is really, really fast.”

“So, we’ll see what happens, but I really believe that Liverpool has a better team.

“Sometimes people don’t really realize how good Vinicius Junior is on the counterattack but sometimes, and it’s not a mistake of the of the right-back or the centre-back that doesn’t cover him, because sometimes on the second ball the team aren’t ready for it, and the team has an easy pass with the ball to the wingers.”

“Liverpool are going to have to be wary of that one. When they lose the ball, make sure they try to get it back as soon as possible and don’t give them (Real Madrid) the option to give the ball to Vinicius or Benzema into space, because that is where they are dangerous.”

“Vinicius Junior and (Karim) Benzema on the counter-attack and, I’m not sure who they will play on the right, Rodrygo or (Federico) Valverde. Rodrygo of course is very fast but I think maybe Ancelotti will want to play Valverde there because Robertson is an attacking threat as well.”

Send us your photos 📸 pic.twitter.com/ZHvFhcHmNT

Despite all the threats Real Madrid can pose, Enrique is still tipping the Reds to beat Ancelotti’s men 3-2 on the night to win their seventh European Cup.

“I think that Liverpool are going to win. I will always support Liverpool in these kinds of games and I think the score will be 3-2, something like that for Liverpool.”

“I hope there will be fewer goals, and Liverpool will win because it is less hard when you are watching the game!”

“Obviously, the expectations are very high because both teams play with some incredible players.”

“So, that is why I think that with Liverpool obviously leaving a lot of space behind, and Real Madrid when they are counter-attacking they will leave space, there will be a lot of goals. That is why I go, 3:2.”

“Hopefully, I am wrong and Liverpool beat them 5-0, but I believe it is going to be maybe 3-2, something like that for Liverpool.”