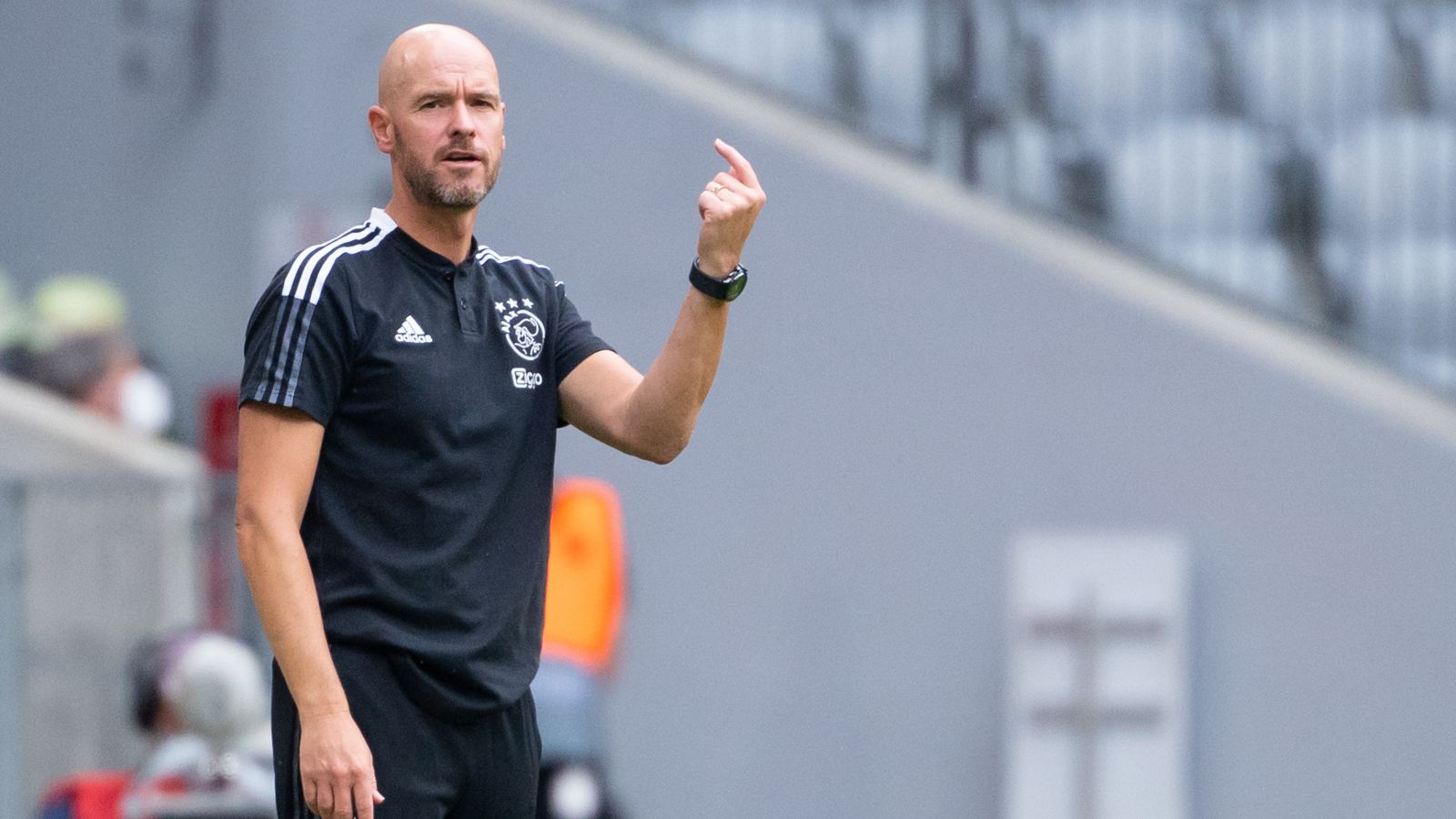 Ajax boss Erik ten Hag is the leading contender to take over as the new Man Utd boss after the first round of interviews, according to reports.

The Red Devils are looking for a permanent manager to take over from interim boss Ralf Rangnick in the summer with the German moving into a consultancy position at the end of the season.

It’s no secret that Ten Hag and Paris Saint-Germain boss Pochettino have been the two frontrunners for the job since they process began.

One recent report had insisted that Pochettino’s camp believed the job was ‘Ten Hag’s to lose’ but Man Utd insist that it is ‘premature’ to assume the Dutchman will get the job.

However, the Daily Telegraph now claims that Ten Hag has ’emerged as the clear favourite’ following the first round of interviews.

The Red Devils are ‘expected to carry out a second and final round of interviews’ but it now ‘appears to be a clear shoot-out’ between Ten Hag and Pochettino.

As well as those two, Man Utd have spoken to ‘at least one other candidate’. However, the report adds that it is ‘not believed to be Luis Enrique who would feel it is impossible for him to leave as the coach of the Spain national team before the World Cup’, while Julen Lopetegui is also ruled out the running.

However, it is not all plain sailing for Ten Hag with Man Utd having a concern of their own over his potential appointment.

‘Ten Hag has also only ever worked in a particular environment where he has had the support of a sporting director and United are still to finalise the structure of their football department.

‘United are concerned about ten Hag’s perceived lack of experience although it has been pointed out to them that after appointing the likes of Louis Van Gaal and Jose Mourinho they have previously gone for the ‘big-name’ manager and it has not worked.

‘At the same time it is not as if ten Hag is working for a small club or there is not pressure, given the expectation, at coaching for a club with the stature of Ajax. There was also irritation within ten Hag’s camp at suggestions that he had taken English lessons because his command of the language was not good enough and that this had held him back from being appointed as Tottenham coach last summer.’