Home F365 Features Enter Konate: The next Van Dijk has arrived at Liverpool 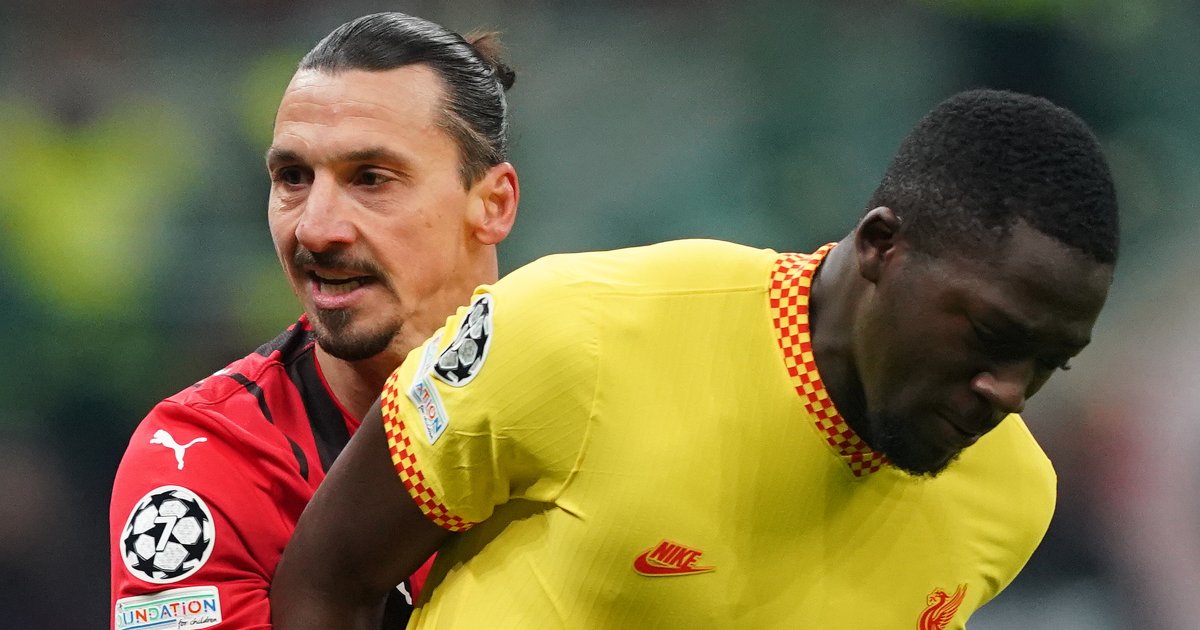 “He is just a human like me, who has two arms and two legs, said Ibrahima Konate when quizzed about facing an impotent Ronaldo in October. “I was surprised because he is one of the best players in the world.” We suspect the Frenchman might say exactly the same thing about Zlatan Ibrahimovic, who gave him precisely zero problems at the San Siro on Tuesday night, when Liverpool made a mockery of the notion that they do not have the squad to challenge on several fronts. Eight changes and yet they dominated a Milan side top of Serie A who were embarrassingly poor for a team who realistically needed victory to progress.

Of course Mo Salah scored and of course the legendary Divock Origi joined him on the scoresheet but tell us something we did not expect; that something was the ease with which Konate played against Milan, dominating in the air and on the ground and without any signs of the nervousness that had plagued his early months at Liverpool. A stuttering start to his Liverpool career had failed to erase question marks about his suitability to the Premier League, with cruise against Manchester United being followed by confusion against Brighton and then curtailment as Jurgen Klopp opted to revert to a pairing of Joel Matip and Virgil van Dijk. There were clean sheets against Porto and Southampton but both performances featured moments of awkwardness from Konate that could have been punished by better opposition.

There was no such awkwardness against a toothless Milan, who were far too easily tamed by Konate and the irrepressible Nat Phillips, who will make an excellent January signing for a lowly Premier League club. Konate glided through the match, making more clearances and interceptions than anyone else on the pitch. The midfield deserve credit for controlling the game but if you squinted, Konate led the back line just like Van Dijk, using his strength, nous and pace. And he is just 22. Under the tutelage of Jurgen Klopp and the influence of the Dutchman, his potential is extraordinary. In 12 months’ time, £36m could look like a bargain.

As Milan finally roused themselves from their slumber – far, far too late – Konate was key to a historic sixth win in the group of mild peril, his timely tackle rescuing Fabinho from embarrassment as Franck Kessie bore down on goal. A minute later, he was dominant in the air as Milan flung in a free-kick. In truth, Zlatan had not troubled him half as much as the baffling concept of Leandro Trossard as a false 9 but Liverpool history will only remember that this was the night that the young Frenchman truly looked like a player worthy of battling for the Premier League and Champions League titles.

To have emerged from that group with 18 points will have pleased Klopp immensely, while his medical staff will be thankful that so many key players were rested at the start of a ludicrous month of football, but the biggest smile of the night should be reserved for Konate, who would have had a clean sheet in the San Siro were it not for that pesky Takumi Minamino. The only blot on the night was the news from Portugal that Atletico Madrid had somehow joined them in the last 16.