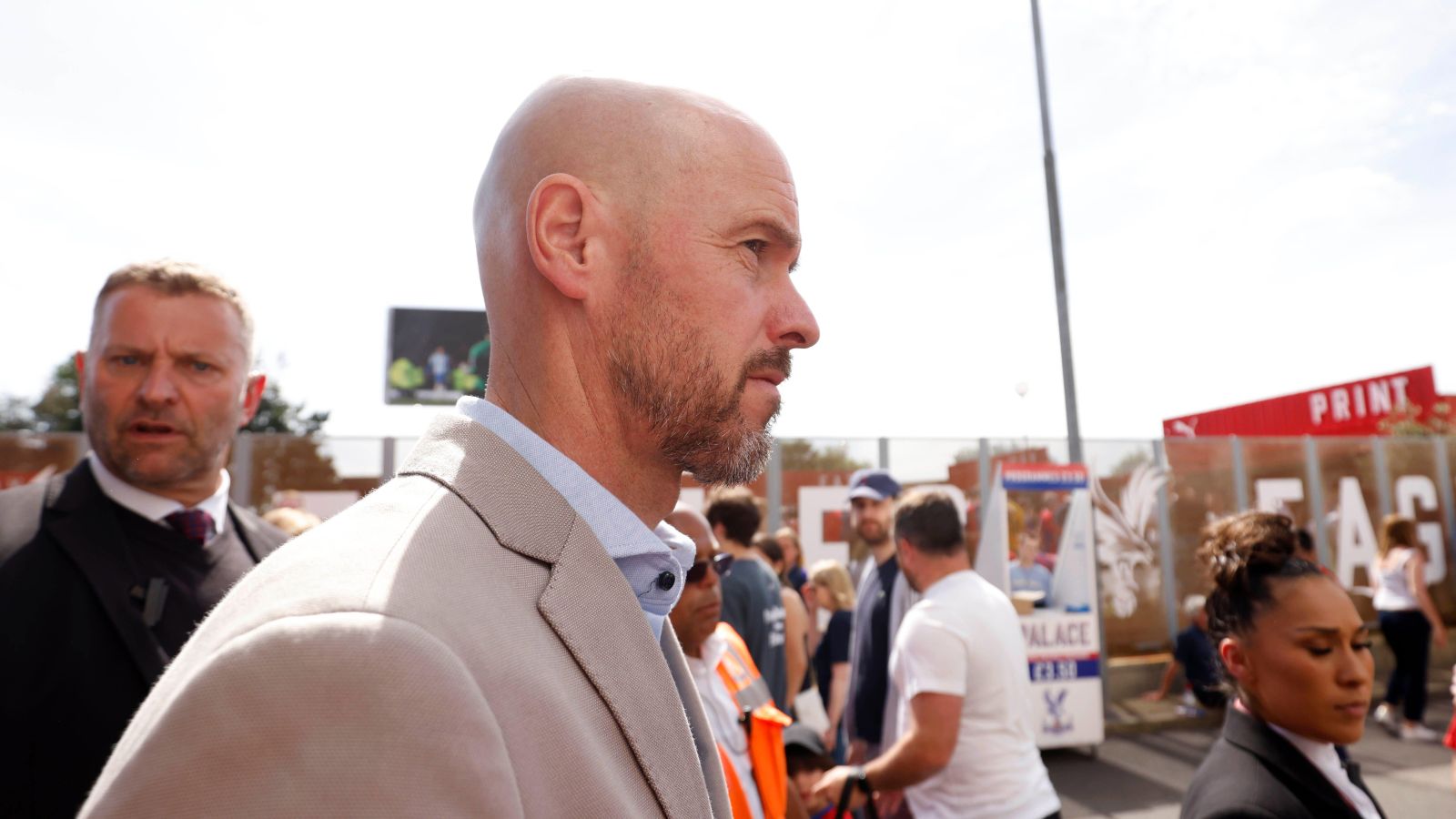 Erik Ten Hag wants to talk to everyone at Manchester United – like an ‘army leader’. He is also so totally deluded…

Attention!
The opening line of Daniel Cutts’ latest Manchester United exclusive on The Sun website is a curiosity…

Are doctors checking whether he has the stomach for this basket-case version of Manchester United?

But don’t let that dropped bollock distract you from a doozy of an exclusive in which it is revealed that the new manager of one of the world’s biggest clubs might want to have some control over that club.

It’s exactly like an army leader, because they are the only people who start new managerial jobs and want to make changes. Nobody else.

‘He has begun his Red Devils rebuild at their training ground, with ambitions to lead the club back to the Premier League’s elite crew.’

‘SunSport understands the different support departments at the Carrington training complex have been told of his plans.’

And Mediawatch understands that this is how football works. And indeed how pretty much all businesses work.

‘Ten Hag wants to spend time with each of them to see how they work and meet the staff on a personal level.

‘This includes everyone from the technical analysis team to the nutritionists and conditioners.’

‘A source said: “He’s bringing his own style. It feels like an army leader getting his troops in order.”‘

Indeed. If there’s one thing ‘army leaders’ are known for, it’s meeting nutritionists.

Body talk
Mediawatch missed this on Tuesday but we really should give at least a nod to MailOnline and their body language expert’s view of Ten Hag’s first press conference.

‘All this rather vagueness or even wariness could obviously be down to a desire to not give away too much to his rival clubs but at the same time he looks quite keen to communicate, with none of the usual hunkering in, the lowered head and the lowered tone of other managers that have preferred to keep their plans to themselves. The suggestion from that might be that the plan is possibly still work in progress.’

Or alternatively, that English is not his first language.

You’ve lost that lovin’ Phelan
Over on MailOnline, they unveil another Manchester United exclusive:

There’s some dodgy hyphen work there but Mediawatch would mostly like to question the CAPITALS.

Frankly, we would have been astonished if Erik ten Hag had decided to retain the services of Phelan, who has been in the dug-out for the worst season in Manchester United’s Premier League history. It would have been plain weird to bring in a new coaching staff but stick with Phelan, who was alongside first Ole Gunnar Solskjaer and then Ralf Rangnick this season as United finished sixth, 35 points behind the champions.

Not sure you can be snubbed from something but hey.

Well he is an ‘army leader’.

Temperance
‘Erik ten Hag says he can break the Premier League monopoly of Pep Guardiola and Jurgen Klopp after he was officially introduced as Manchester United’s new boss’ – David McDonnell, Daily Mirror, May 23.

‘Ten Hag tempered expectations, but said United belong in the Champions League and that his aim in his debut season is to secure a top-four place’ – David McDonnell, Daily Mirror, May 24.

Has somebody had a word and pointed out that, actually, he never said any such thing?

You’re so totally deluded
Of course, it matters not that Erik ten Hag never said them things as he is now cast as a fantasist, with Oliver Brown writing in the Daily Telegraph:

‘In his restrained fashion, he made the right noises here, especially in his insistence that he was here to win titles and to disrupt the dominance of Guardiola and Jurgen Klopp. Except one look at United’s circumstances suggests that, in the short term, these optimistic statements are verging on delusional.’

Alexa, give me an example of ‘setting someone up for a fall’.

Setting the agenda
Attention elsewhere has already turned to what Ten Hag can do at Manchester United. And that’s where you need a Mirror Sports Agenda Writer (at least, they’re honest) with this nonsense…

Could they? Tell us how…

‘Manchester United would need to shell out an excess of £50million for Frenkie de Jong or Kalvin Phillips but there is a cut-price transfer right in front of their nose – Christian Eriksen.’

Does it not matter that he plays in an entirely different position? Not when there’s an agenda, clearly.