Home Mediawatch Will Erik ten Hag ‘show some cojones and biff off’ Ronaldo after Manchester United slip into mid-table? 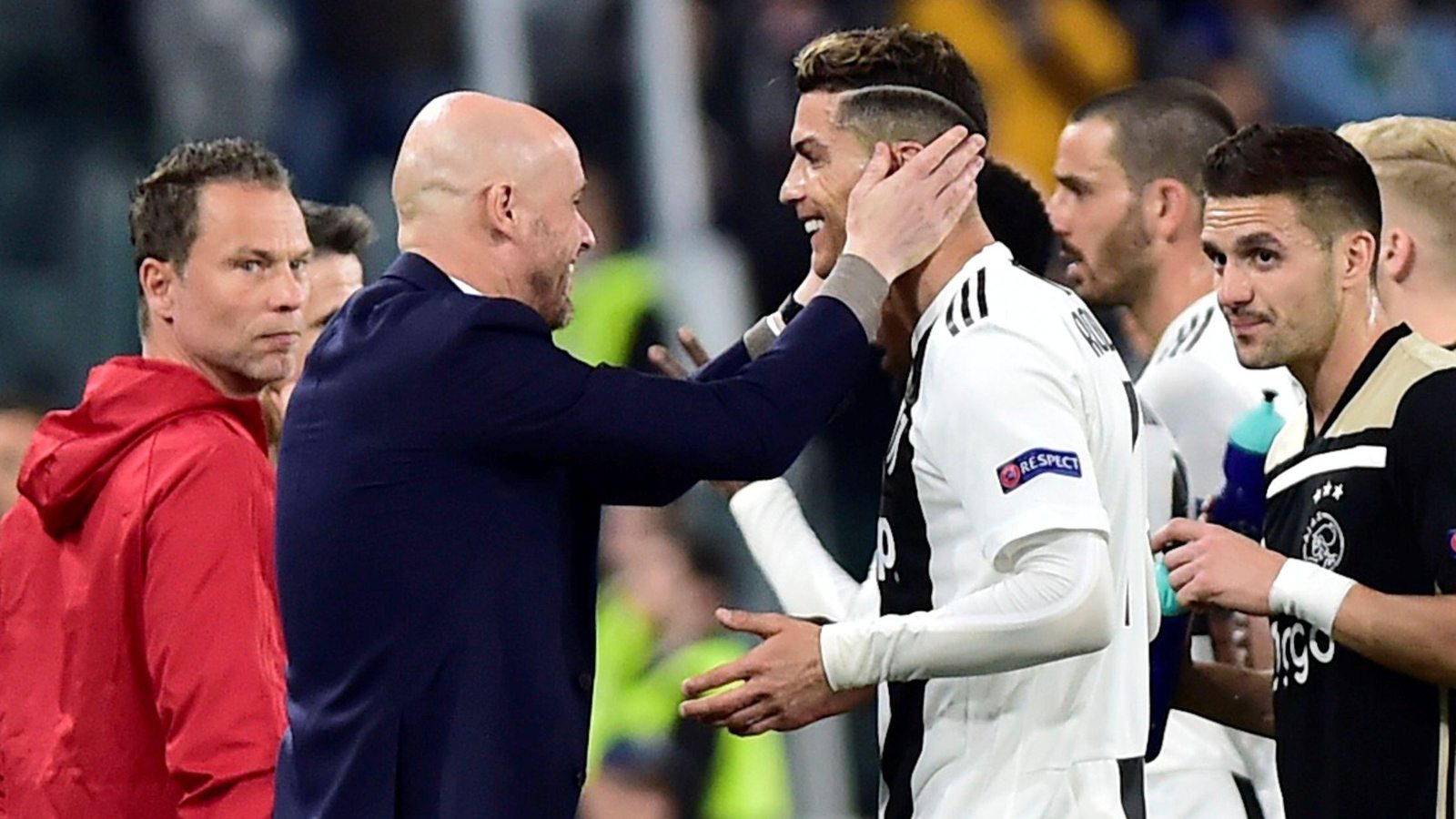 Erik Ten Hag is not ‘ballsy’ because he did not march Ronaldo straight out of Manchester United. He can ‘biff him off’ now though.

From must-watch to mid-table for Manchester United

‘Any serious-minded elite club who wish to match Ronaldo’s ambition of winning the Champions League, will recognise a 37-year-old on vast wages who, while still scoring plenty of goals, has made teams collectively worse in recent seasons.

‘And any serious-minded elite footballer, with ambitions of winning the Champions League or Premier League any time soon, will recognise a club which hasn’t come close to winning either trophy in almost a decade.’

Odd then that less than ten months ago, Kidd was claiming that ‘heading into the white heat of a four-horse Premier League title race, Ronaldo’s ambition remains undimmed’ and ‘this season, United will become a must-watch once again, so anyone viewing Ronaldo’s signing with cynicism is no true lover of football. It’s churlish to talk of a player being past his best when he scored 36 goals last season.’

He even wrote that ‘With Ronaldo joining an already frightening array of attacking talent, United are threatening to resemble Real Madrid in their Galactico era, when David Beckham joined Zinedine Zidane, Raul, Luis Figo, Roberto Carlos and the original ‘fat’ Ronaldo but failed to win any trophy for three years’.

So in August last year, Ronaldo was joining a title race and Manchester United had become ‘must-watch’ but now, neither Ronaldo nor Manchester United are to be taken seriously at all and the striker’s exit is nothing more than a ‘celebrity story’. Odd that.

To underline his point, Kidd is forced to exaggerate Manchester United’s demise in quite spectacular fashion:

‘Somehow, United finished sixth – but the same points total the previous season would have left them 11th.

‘They are sinking into mid-table, in a league so wealthy that mid-table clubs can buy world-class players and pay them handsomely.’

Over the last five seasons, Manchester United have finished second, sixth, third, second and sixth. In what world does that constitute ‘sinking into mid-table’? In that period they have picked up more points than every Premier League club barring Manchester City, Liverpool and Chelsea. There is a big old gap between ‘not challenging for the title’ and ‘mid-table’, though that hardly suits the tabloid narrative.

‘New manager Erik ten Hag must privately fear that things will get worse before they get better.’

‘By now, footballers – especially those from overseas – are entering their prime years with scarcely any recollection of United having ever been any good.’

They won the Premier League ten years ago. Can a footballer aged 23 seriously not remember what happened when he was 13?

But it seems Kidd has decided that Erik ten Hag is weak for not walking in the door and immediately demanding the sale of Ronaldo.

‘The timing of the Portuguese’s news smacked of selfishness from Ronaldo and shyness from Ten Hag.

‘It is more than two months since Old Trafford last staged a United match – and Ten Hag had made a major play of ‘getting to work early’ after his departure from Ajax.

‘So why didn’t Ten Hag initiate Ronaldo’s exit, rather than waiting for it to happen?

‘When he was interviewed for the job, we were told the Dutchman boldly delivered home truths to Old Trafford’s hapless executives.

‘And while Ten Haag wasn’t swayed by his countryman Louis van Gaal declaring United a ‘commercial club not a football club’, he must have recognised a large dollop of truth in that statement.

‘A ballsy incoming manager would have been more proactive on Ronaldo. And Ten Hag is not going to succeed at Old Trafford as a shrinking violet.’

a) We have no idea – and neither does Dave Kidd – whether Ten Hag communicated privately that he does not want Ronaldo. Indeed, a Sun exclusive in May claimed that Ronaldo would stay – ‘but only if Ten Hag wants him’, so if we believe that particular story, then Ten Hag might well have said he would prefer him to leave.

b) How ‘ballsy’ would an incoming manager have to be to boldly pronounce that the club’s biggest wage-earner and top scorer was not part of his plans? Judging him for not doing what literally no other incoming manager would do is harsh in the extreme.

c) That’s a hell of a lot of words for a ‘Chief Sports Writer’ to pen on a ‘celebrity story’.

Biffs and buts
Over in the Daily Mirror, Stan Collymore is warming to a similar theme and telling Ten Hag and Co to ‘show some cojones and biff him off’.

‘If United are serious about having a shake-up they need to let him go and let him go now, even on a free if they have to.’

Now that sounds like sound business sense. Manchester United should definitely ‘show some cojones’ and give Ronaldo a free transfer, which would mean paying out the remainder of his contract (worth around £25m), allowing him to pick up a signing-on bonus elsewhere. That’ll learn him.

Issue paper
Mediawatch has not always been kind to Manchester Evening News man Samuel Luckhurst but he must be frustrated at his informed pieces continually being reduced to Reach-speak.

He only actually lists two issues but, well, three is bigger than two.

And do you know what’s even bigger than three…?

On the pitch and in the tunnel, the manner of Ronaldo’s exit at Brighton felt apposite. Ronaldo is not the only issue in what is a baptism of fire for Ten Hag #mufchttps://t.co/D85nbBqqye

Does he list five issues? Does he f***. But what does that matter?