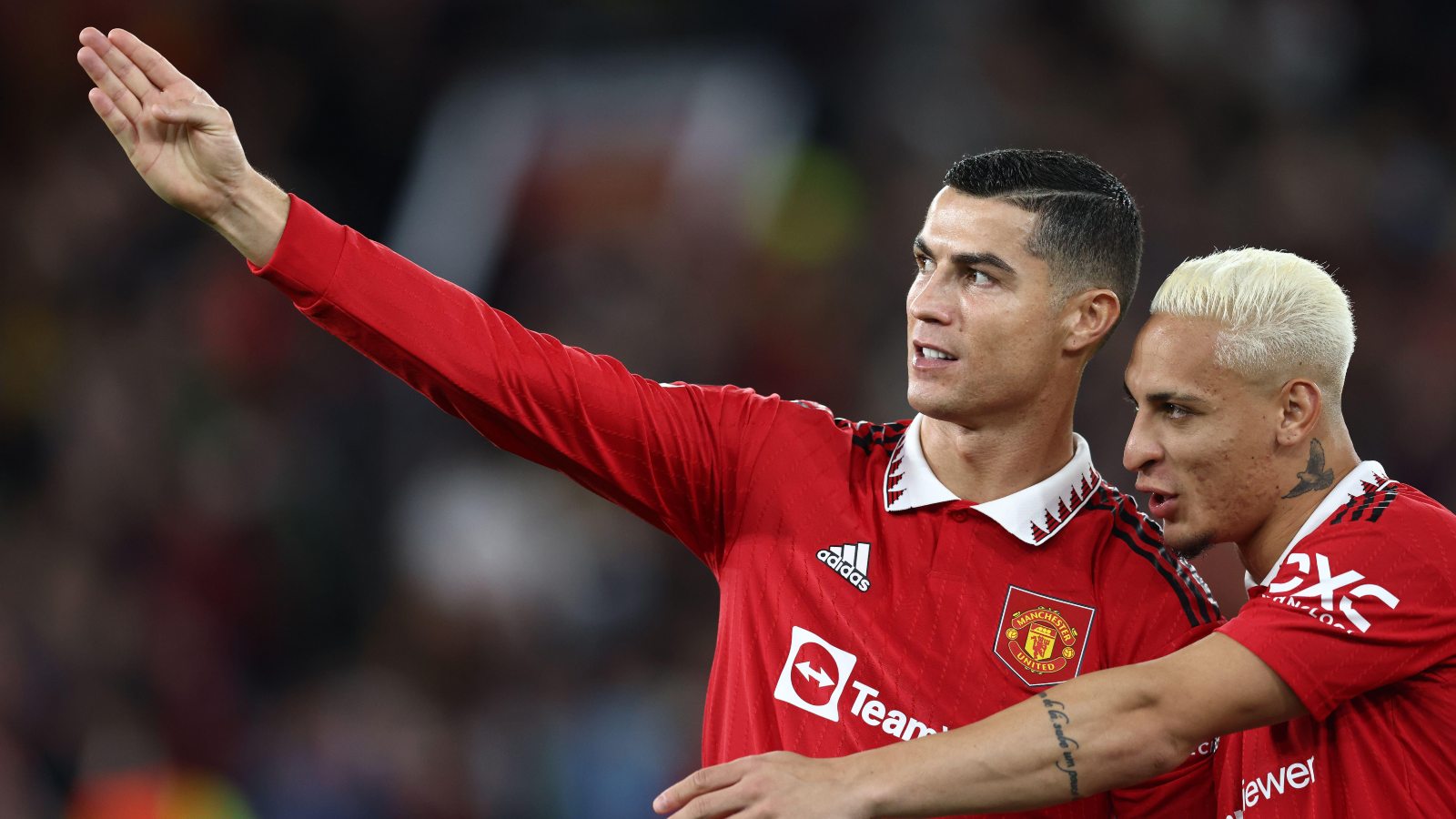 Ronaldo was never going to play for Man Utd again so Antony should take Erik ten Hag’s fury with a pinch of salt despite that shake of the head.

The sound and the fury
Neil Custis, The Sun, October 20: ‘FURIOUS Erik ten Hag wants Cristiano Ronaldo out of Manchester United after sensationally axing him from his squad. The United legend has almost certainly played his last game for the club after he REFUSED to come on as a late substitute in Wednesday’s 2-0 win over Spurs.’

Neil Custis, The Sun, October 28: ‘Banished to train on his own, he was axed from the game against Chelsea at the weekend, but manager Erik Ten Hag was ready to forgive if the player showed some contrition. So he was back in last night grabbing the third goal in a comfortable win that ensures United’s progress into the next stage of the Europa League.’

From FURIOUS to ‘go on then, as long as you say sorry’ in a matter of days. Is Ten Hag managing a toddler? (yes, yes he is).

The sound and the fury goes on
And the fury does not end there…we are told by The Sun that Antony ‘was hauled off at half-time after his ridiculous spin move with Ten Hag furious’.

And how did this fury manifest itself? Did he rant? Did he rave? Did he kick a bottle? No, he – and brace yourselves for this – ‘was seen shaking his head on the bench’.

Thankfully for Antony, we know Ten Hag does not stay absolutely raging for long. He’ll be grand by tea-time.

Before and after pics
Paul Scholes and co were fuming at a young man having the audacity to enjoy himself. Could this turn into a war of words? Or even a feud? We all love those.

‘Already’? We know your tricks Express website. What you mean is that he has ‘hit back at skill critics’ before Sheriff controversy. Simple mistake to make. If you’re six. Or shameless.

And from the same source: ‘Antony and second Man Utd player in trouble as top double act emerges in Sheriff win’

And if you’re wondering about the top double act that ’emerged in Sheriff win’…that would be Casemiro and Christian Eriksen, who have started the last four games for which both have been fully fit. We might be past the ’emerging’ stage, fellas.

Speaking volumes of sh*t
According to the Cambridge dictionary, ‘if something speaks volumes, it makes an opinion, characteristic, or situation very clear without the use of words’.

What we also now know about the phrase ‘speak volumes’ is that somebody at Mirror Sport has decided this is a phrase that launches ten thousand clicks. Which speaks volumes for their priorities.

On Thursday we were told that ‘Jurgen Klopp’s full-time reaction to Darwin Nunez speaks volumes amid tough season’ and on Friday, not one but two things ‘spoke volumes’ in connection with Alejandro Garnacho.

This ‘gesture’ was ‘calling the youngster over to give him some personal instructions’, which a) clearly involves the use of words and b) says absolutely f*** all other than a man is doing his job.

Then, presumably buoyed by the success of this utter nonsense, ‘Alejandro Garnacho’s verdict of playing with Cristiano Ronaldo speaks volumes’.

Did this ‘verdict’ come without the use of words? Did it f***. It came with the use of ten really quite dull words on Twitter: ‘I don’t know if it’s real or if I’m dreaming.’

So it turns out ‘speaks volumes’ has become just another way to take the utterly anodyne and inject it with some meaning for the sole purpose of encouraging clicks. They should add that to the Cambridge dictionary.

So you wanna be a record-breaker?
Mediawatch is just amazed that Garnacho’s ‘verdict of playing with Cristiano Ronaldo’ that ‘spoke volumes’ did not mention the biggest Ronaldo news of the night. But then we all seem to have somehow missed this one spotted by the Manchester Evening News:

‘That strike was only his third of the season but it proved to be his 15th goal of the calendar year and ensures a stunning statistic lives on for another year. It means he has now notched at least 15 goals in 18 successive years, stretching back to 2005.’

Will there be a parade?