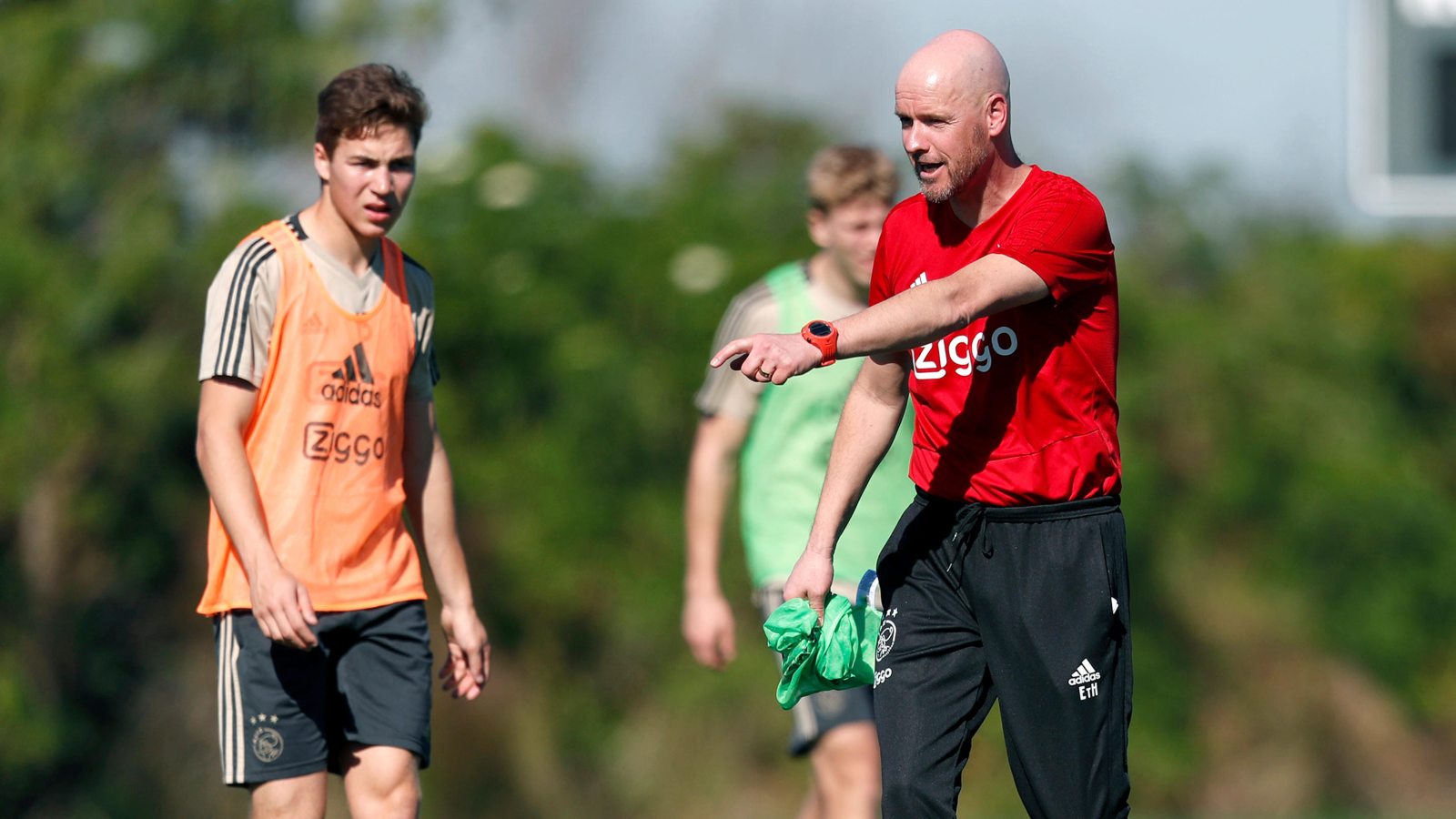 The narrative of Erik Ten Hag as a draconian taskmaster is in place and is underlined by a ‘drastic’ 9am start. Though he did dare to have dinner so…

Happy hardcore
The narrative of Erik Ten Hag as a draconian taskmaster continues apace, with so little evidence it is essentially ludicrous. But it’s been decided by somebody somewhere so here we go…

We click on The Sun link to discover details of this ‘hardcore training regime’. Will it involve running up sand dunes carrying those really heavy balls? Will there be burpees and squat thrusts?

‘Ten Hag has taken a leading role and appears to be very hands-on, directly issuing players instructions in how he wants them to play.

‘In one clip he pauses training to take over and direct where he wants the ball to be passed – also using terms such as “lay-off” and “third-man run” to get across his ideas.’

Lay-off? Third-man run? What a monster. What’s a step up from hardcore? Torture?

And he’s not acting alone…

‘Other videos show his coaches getting involved in the nitty-gritty too – including Steve McClaren who has returned to United as assistant manager.

‘The former England boss is heard telling his players to focus on the “detail” as he and fellow new coach Mitchell van der Gaag attempt to implement Ten Hag’s standards.’

‘United are yet to show whether they have changed on the pitch but some fans are encouraged by the approach taken by Ten Hag and his staff.’

The Sun then go on to quote one fan saying Ten Hag is ‘Already better than Pep & Klopp combined’. That ‘fan’ is Dillan Oliphant, who describes himself as an ‘award winning stand up comedian’. There’s your clue.

Wrapped in drastic
Elsewhere on The Sun website, we learn that ‘according to the Manchester Evening News, players were ordered to report to Carrington by 9am – something legendary manager Ferguson did. It’s a drastic change compared to United’s last permanent manager, Ole Gunnar Solskjaer.’

The definition of ‘drastic’ is ‘radical and extreme’. Which is of course entirely appropriate for a 9am start.

Stand on the word
Over on the Mirror website, we are told that ‘Erik ten Hag’s early Man Utd impression emerges as senior star gives one-word verdict’. It’s essentially a chop-and-shop job on this Sky Sports piece from Melissa Reddy in which she quotes one senior Manchester United player as saying training had been “intense – not just on the body but the mind. He wants you to think, think, think”.

Now you are probably already thinking that sounds like more than one word and you would be right. It’s 16 words. But nobody wants a ’16-word verdict’ so the Mirror have opted for ‘one-word verdict’. It’s not true but who cares about silly things like truth anymore?

‘The former Ajax man is also said to have been communicating directly with the squad currently in training, something that has been appreciated.’

The bar is officially lower than a snake’s belly.

Out out
But it appears that Erik Ten Hag’s ‘hardcore’ training methods took a break on Thursday night as ‘All white on the night for Ten Hag! New Manchester United boss hits the town with assistant manager Mitchell van de Gaag…just two days after laying down the law at his first training session with the Red Devils’ (MailOnline).

So many questions. But let’s start with these…

How is Thursday night two days after Monday?

Does ‘just two days’ imply that he should have waited longer before showing his face?

‘Manchester United manager Erik ten Hag has wasted no time getting familiar with his new surroundings in the city after being pictured hitting the town with assistant manager Mitchel van de Gaag on Thursday evening.

‘The 52-year-old Dutchman took some time off from his huge job of transforming a struggling United side as stepped out for dinner at The Ivy Restaurant in Manchester City centre, sporting an all-white outfit.’

He ‘took some time off’ on a Thursday night? His day begins at the ‘drastic’ time of 9am so we think he can probably have a meal in the evening without being painted as some kind of workshy fop.

‘The Dutch manager was seen wearing a pair of grey and white chequered trousers, a white zip-up jumper and a pair of black trainers.’

Otherwise known as ‘an all-white outfit’.

Risky business
You can have a bloody good guess who Andy Dunn supports while you read his lengthy column in the Daily Mirror about how anything less than Champions League success for Manchester City is now ‘failure’.

He claims that a fifth title in six years will prompt ‘no more than perfunctory congratulations’ and ‘the acclaim could well be begrudging’, which will presumably devastate those City players who want nothing more than to impress Liverpool fans.

Dunn then suggests that Kalvin Phillips ‘is taking a risk by joining a club at which he is unlikely to get more than two dozen starts in a Premier League season’ but we suspect that Phillips has done rather more homework than Dunn.

So Phillips is in danger of finding himself out of that truly elite group (into which Kevin De Bruyne only scrapes) and in the same gang as Phil Foden, Jack Grealish, Raheem Sterling, Gabriel Jesus, Riyad Mahrez, Ilkay Gundogan, Kyle Walker and John Stones.

It’s a risky business to find yourself in that kind of company with only a Premier League winner’s medal to show for it. Is it too late to change his mind?