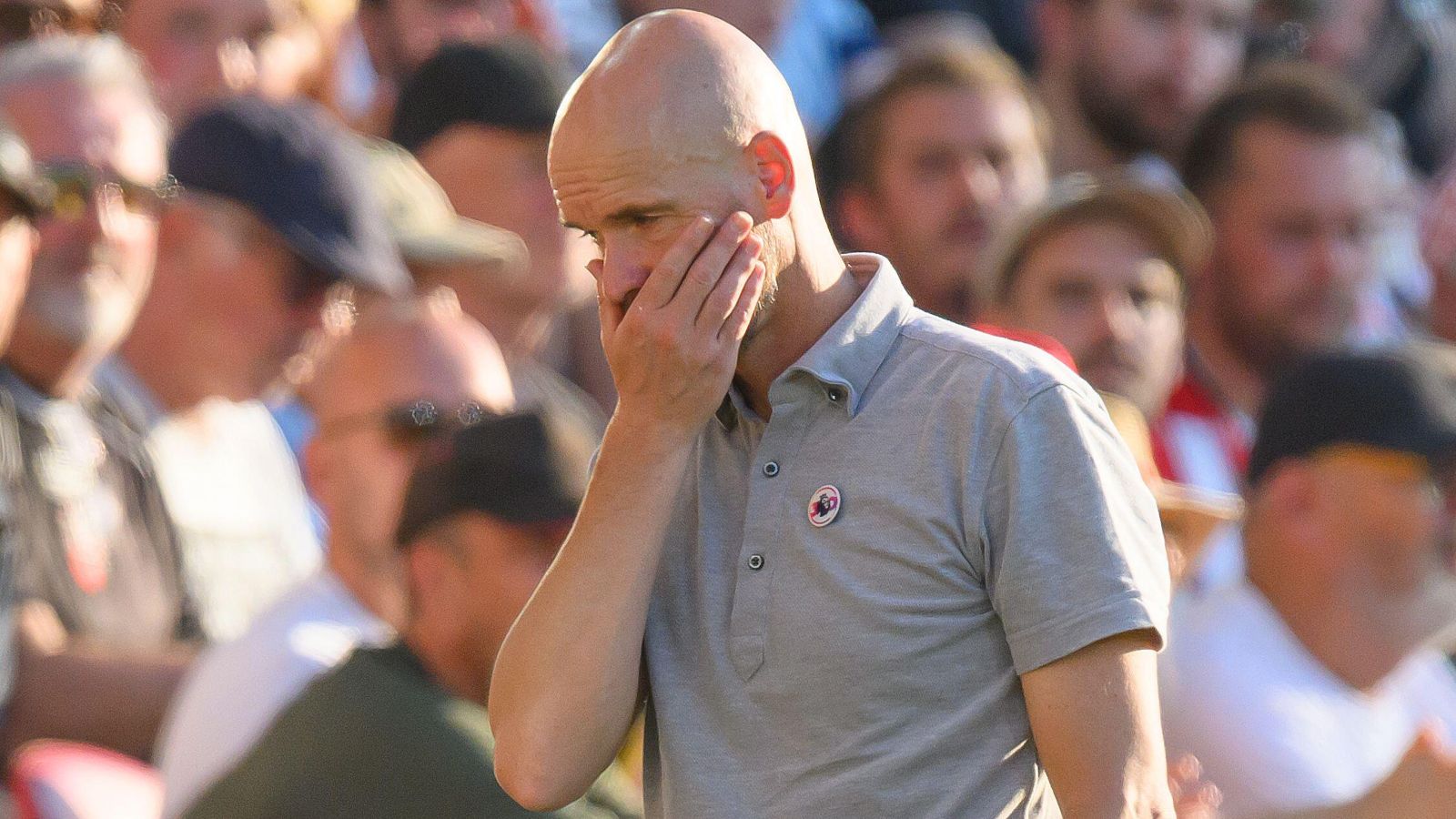 Erik ten Hag is convinced he will succeed at Old Trafford, with the Manchester United manager saying he has overcome shaky starts before and will “get it done” again.

The hope and optimism that followed a promising pre-season under the new coach has evaporated during a chastening start to the campaign.

The Old Trafford giants began the weekend rooted to the bottom of the Premier League table after a 2-1 home defeat by Brighton was compounded by last weekend’s 4-0 humiliation at Brentford.

United will attempt to avoid starting a top-flight season with three straight losses for the first time since 1986 when Liverpool come to town on Monday, but early results have not shaken Ten Hag.

“I’m not here for myself,” the former Ajax boss said. “I’m here to help the club and to restore the club.

“But I get it done – and I’m convinced I’ll get it done here as well. Therefore I choose this project.

“I knew it’s a process and I will stay consistent to the philosophy and to the plan we had, and I keep confidence in the cooperation I have in the players definitely but also the team around, like the coaches and the directors.”

Ten Hag said he did not see the requisite attitude and “fighting spirit” from the outset in the humbling at Brentford, leading him to scrap the players’ day off last Sunday as they instead did intensive running.

“I took the decision on Saturday, actually during the game, when I saw the performance,” he said. “That is not the standard for Man United and actually it’s not my standard.

“We have to change that. I have to face the team, the players what the standard is and that we don’t accept this.”

“(The players’ reaction) is not a problem. I hope they are angry but angry with themselves and angry with each other that they didn’t take each other in the responsibility.

“When I say it’s not acceptable, you cannot deliver for yourself, for the team, for Man United and for all the fans of Man United.”

United have agreed a deal rising to £70million for Real Madrid midfielder Casemiro since the Brentford loss and further irons are in the fire.

But the way last season’s performances have bled into this campaign underlined the chasm between the 20-time champions and rivals Liverpool, who won 5-0 at Old Trafford last October.

April’s return fixture at Anfield ended in a 4-0 loss and a few days later interim boss Ralf Rangnick said United needed “open heart” surgery if they were to kick on under successor Ten Hag.

“I don’t have a comment or reaction to that,” the Dutchman said when those comments were put to him.

“I comment on what I see now and my experience this season. Pre-season we did quite well but the first two league games were not good enough. Clear.”

Monday’s match will be played out to a backdrop of protests as United supporters let their anger towards the despised owners be known.

Fans are at their wits’ end with the Glazer family and recently formed supporters group The 1958 are leading their latest – and potentially loudest – protest against them before kick-off.

It will be interesting to see how United’s players respond, particularly given the lack of leadership on the field was stark during the Brentford defeat.

“When the attitude is no good from the team then often the leaders are not there because they are the ones who give the example and go in front,” Ten Hag said. “Also that is a point we have to work on.”

Pushed on whether he had spoken to captain Harry Maguire about the need for greater authority and leadership, Ten Hag said: “I work always with a group of leaders, not one in particular and I spoke with the leaders about this issue.

“It doesn’t have to be always senior players but we have a core group who have to be the example and take the responsibility.”