Home All The News Eriksen: I wish I could decide future just like in Football Manager 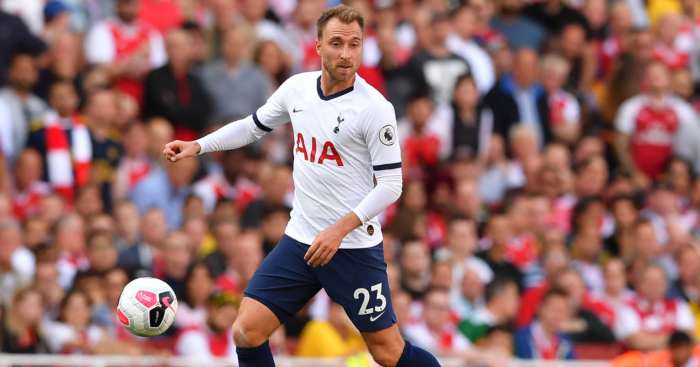 Tottenham midfielder Christian Eriksen wishes he could select his own future like you can on computer game Football Manager.

The Dane’s future has been up in the air all summer after he said he was looking for a fresh challenge as he entered the final year of his contract, but a move to a top European club has not materialised.

Real Madrid were the main side linked with a move for Eriksen but there was no concrete interest from the La Liga side and the 27-year-old remains in north London.

“I wish I could decide just like in Football Manager, but unfortunately I can’t,” Eriksen told Ekstra Bladet while on Euro 2020 international duty.

Eriksen was notably off the pace at the start of June as Tottenham were beaten 2-0 by Liverpool in the Champions League final.

He certainly looked like a player whose mind was elsewhere, which was seemingly confirmed when he publicly stated his desire to leave less than a week later.

When asked whether his comments were a mistake bearing in mind that he will now be staying and fighting for his place at Spurs, Eriksen said: “No, it wasn’t. But it is football and you never know what happens in football. Many things always come into play.

“To me it is not difficult to clear my head. I don’t read much of what is written.

“And now I have been involved for many years, where there have been many rumours every year. But it’s clear that it’s been a little more fierce this year because my contract is about to expire.

“I know a lot of people are interested in where I want to play. That’s the way it is. This is how it is in a top club if you have done well. There will always be rumours.”