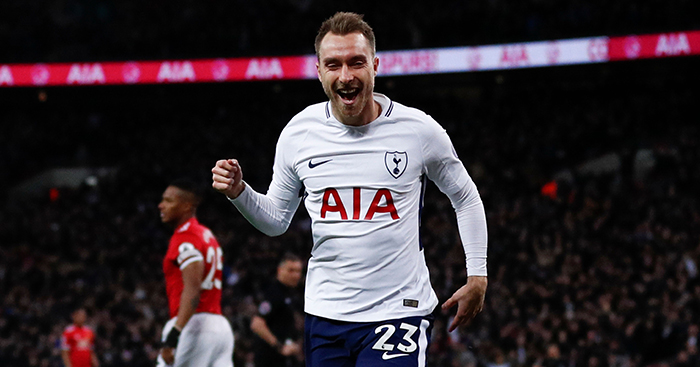 Christian Eriksen has revealed that he is open to leaving Inter Milan, with a return to the Premier League potentially on the horizon.

The Danish international joined Tottenham Hotspur in August 2013. He signed for £11m from Ajax and he was part of the mass recruitment after the club sold Gareth Bale to Real Madrid.

Eriksen went onto have a great career at Tottenham. He made over 300 appearances for them in all competitions, as he got 69 goals and 89 assists in the process.

After six and a half years at the club, he departed in January 2020 to join Inter Milan. Unfortunately, Eriksen* has found himself out of the team for much of his time with the Serie A side.

The midfielder has made 33 appearances for them since joining, and he has been involved in eight goals. He has been in the squad for all of Inter’s league games this season, but he has only made three starts.

His lack of first-team action has fuelled talk that he could leave Inter after spending less than a year in Italy.

A number of clubs have been linked with him in recent months, including PSG and Manchester United. But it is unclear currently where he could end up.

A return to Tottenham looks unlikely with Jose Mourinho reportedly turning down the chance of signing him in the summer.

In an interview cited by the Daily Star, Eriksen said:

“This isn’t what I dreamed of. I think all players want to play as much as possible, but the coach ultimately decides who gets to go on the pitch.

“It is a bit of a strange situation, as the fans want to see me playing more and so would I, but the coach has different ideas and as a player, I have to respect that.

“After all, things aren’t going well for Inter right now, but I acknowledge there were many victories when I wasn’t playing last season too.

“For now, I am concentrating only on my football, then we’ll see when the transfer window opens if something will happen or not.”

*Buy Christian Eriksen and thousands of other players on Football Index. 18+, UK and Ireland customers only, begambleaware.org. T&Cs apply.