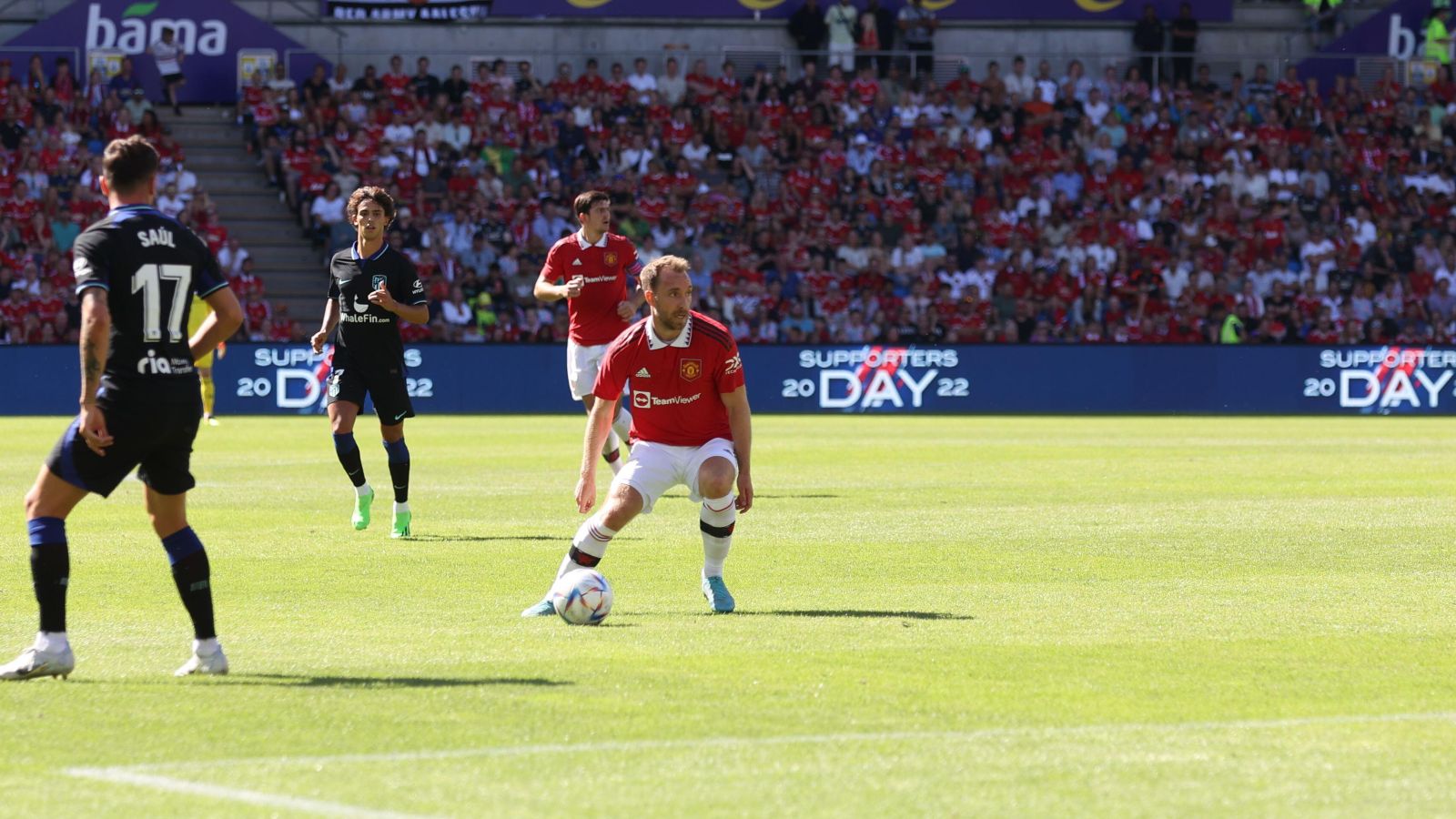 The Denmark international finally completed a move to Old Trafford last month after leaving Brentford on a free transfer at the end of June.

Eriksen joined the Bees for the second half of the 2021/22 campaign after Serie A regulations restricted him from playing for Inter Milan because of a ICD (Implantable Cardioverter Defibrillator) he had fitted in 2021.

The new Man Utd signing has been linked on and off with a move to Old Trafford in the past before leaving Spurs for a new challenge at Inter Milan in 2020.

And Eriksen has revealed how he talked to former Man Utd managers Mourinho, Van Gaal and Solskjaer about a possible transfer.

“When I was at Spurs, I spoke to every manager who’s been here at Man United to see what the situation was,” Eriksen said.

“For me, then wasn’t the time to move. I was at Spurs for a long time and I wanted to try something abroad, so I went to Inter and ended up having a lovely time. But then obviously something happened in the summer and that changed the career path I had in mind, so I came back to England, to Brentford first of all.

“To be here [at United] is something I didn’t think could happen a year ago. I never thought it was going to happen.”

When asked about speculation earlier this summer surrounding a potential return to Spurs, Eriksen added: “It was only talk.

“They [Spurs] never really came with anything so it wasn’t really a thing for me to go back to Tottenham at the time and Man United were in very early on, very positive and I had good conversations with them.

“It was very positive from the first few phone calls already and the club felt like they wanted me, so it was on for a long time.”

Speaking to the official Man Utd website, Eriksen explained how it felt to finally play at Old Trafford as a United player in a 1-1 draw against Rayo Vallecano.

Eriksen said: “It was very different, also when walking into the stadium. I had to go right instead of left. But it was special, it was a nice feeling. It’s been a nice day and wearing the home shirt here is definitely a new feeling I need to get used to.

“The people were very welcoming and I had a good feeling. I feel good. The group has taken good care of me. I haven’t had that many sessions with the team, obviously as they’ve been on tour, but I’ve played a game to get some minutes in my legs and I feel good. I feel fresh. The team feels good and the whole vibe around the changing room has been very good.”