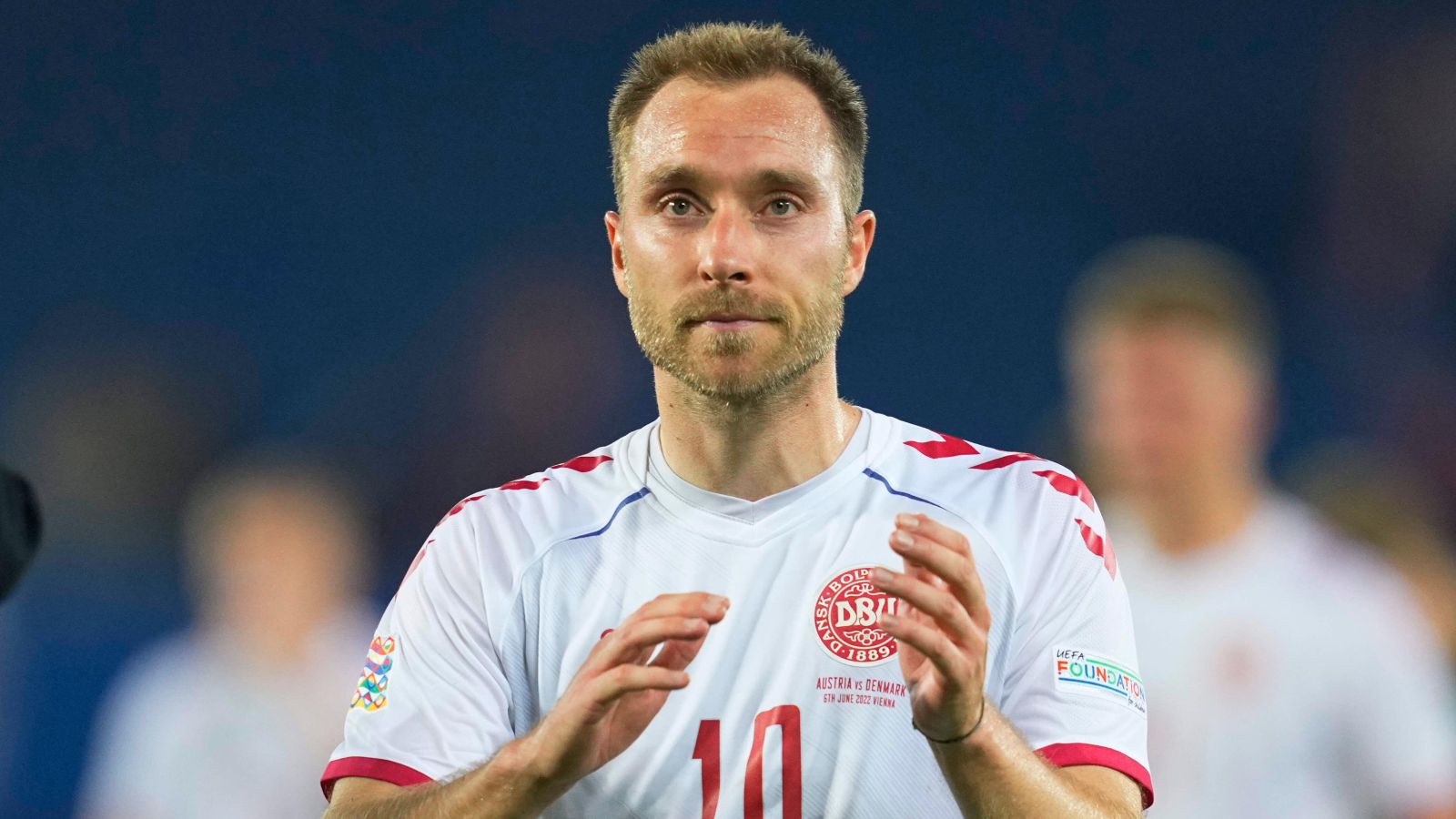 Manchester United have reached a verbal agreement with Christian Eriksen over a move to Old Trafford, according to reports.

The Denmark international has been linked with a number of clubs this summer, including a return to Spurs, but has opted to team up with Erik ten Hag.

Eriksen returned to the Premier League in January following his collapse on the pitch at Euro 2020 after suffering a cardiac arrest.

Having been fitted with a cardioverter-defibrillator he was unable to continue to play for Inter Milan due to Serie A rules.

His fine form for Brentford has persuaded United to strike a deal for the 30-year-old.

The Athletic claim Eriksen has told United he wants to join them and is prepared to accept their offer of a three-year deal.

Contracts are currently being drafted and the playmaker will then have to undergo a medical.

He may not see Cristiano Ronaldo on his trip to Carrington however, with the Portuguese star failing to report for the first day of pre-season due to ‘family reasons‘.

Ronaldo was due back at Carrington with the rest of his United teammates on Monday ahead of their tour of Thailand and Australia on Friday.

Ronaldo’s future at the club is in doubt after it was revealed over the weekend that he wants to leave this summer.

United want Ronaldo to see out the final 12 months of his deal and hope that new manager Erik ten Hag can change his mind through face-to-face talks, but those discussions will now have to wait.

The Athletic claim losing Ronaldo was not part of the plan as ‘his position was not considered to be a priority when United drew up their list of areas to target this summer’.