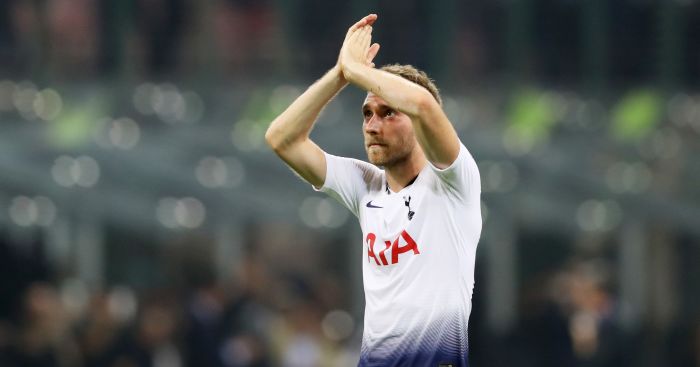 Christian Eriksen said he wanted to “try something new” after writing an emotional letter to Tottenham’s fans.

Eriksen ended his six-and-a-half-year spell with the north London club on Tuesday after he completed a £17million move to Inter Milan.

“Dear Tottenham fans,” wrote the 27-year-old in a letter he posted on Twitter.

“I don’t know where to start!

“I didn’t have time to say goodbye to everyone, even though I felt like I played a lot of games where everyone said and thought I would be gone the next day.

“I have so many unbelievable memories over the last 6.5 years I was at Spurs.

“I enjoyed being at the training ground every day and playing games in the stadium so much , but sometimes you just want to try something new.

“So, Spurs fans it has been a pleasure to play at your club and hopefully we meet again in the future.”

Eriksen became one of the driving forces behind Tottenham’s improvement under former manager Mauricio Pochettino.

Following the Dane’s departure, Spurs announced they had triggered the option to turn Giovani Lo Celso’s loan into a permanent deal.

The Argentinian, seen as a natural replacement for Eriksen, signed from Real Betis for £27.2million on a deal which runs through until 2025.

Spurs have also completed the signing of Steven Bergwijn from PSV Eindhoven.

Eriksen’s switch to the Italian capital completes a saga that has been going on ever since he stated his intention to leave Spurs last June, citing his desire for a new challenge following last season’s Champions League final defeat against Liverpool.

He could make his debut for Inter against Fiorentina at the San Siro in the quarter-finals of the Coppa Italia on Wednesday.