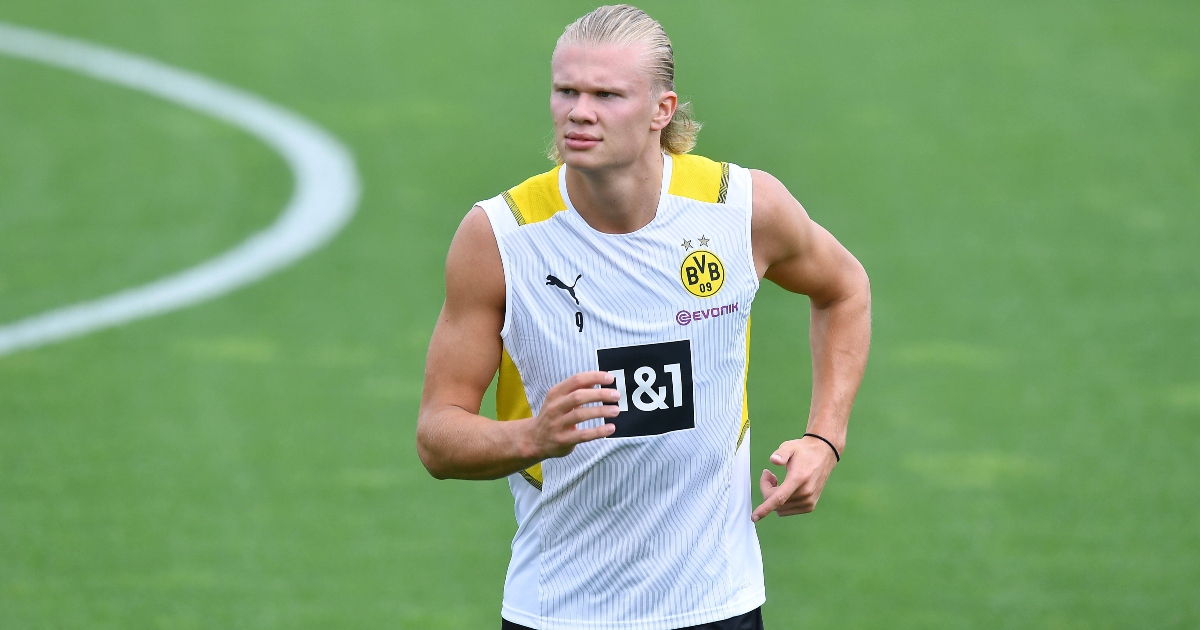 Erling Haaland has indicated he will remain at Borussia Dortmund next season after revealing he was “looking forward to working” with new head coach Marco Rose.

Haaland, 20, is currently the subject of strong interest from Champions League winners Chelsea, who are eyeing a new striker after Timo Werner failed to hit the ground running in his debut campaign.

The Norwegian has netted 57 goals in 59 appearances since joining Dortmund in January 2020, attracting the attention of some of Europe’s biggest clubs, and has a £66m release clause in his contract that becomes active next season.

As a result, many of his admirers have chosen to delay their approach until then, when he will become available at a bargain price. Chelsea, however, have become impatient, with Thomas Tuchel urging the hierarchy to sign their man ‘immediately’.

They have already had one offer rejected, according to reports, and don’t look like they’re giving up any time soon, with Bild claiming Roman Abramovich is ‘serious’ about getting a deal over the line.

Dortmund, though, are no longer financially inclined to sell their talisman after Jadon Sancho’s £73m move to Manchester United, and remain confident that he will be at the club next season.

Speaking to Stadium Astro, it appears Haaland has resigned himself to this outcome, with his comments suggesting the focus is very much on Dortmund’s upcoming season.

“I talked a little bit with him [Rose],” he said. “I know him from before because I had six months with him in Salzburg. He’s a nice guy and I look forward to working with him.

“The training is so hard here, so it’s exactly the same as it was in Salzburg, a lot of hard training and there is going to be a lot of running. That’s what I expect the tactic to be to press a lot, run a lot and attack a lot.

“Now we have to have a good pre-season and have to get to know each other and we will see.

“We won the DFB Pokal last season which was very important for us as a club and the fans. That was important and we have to see.”