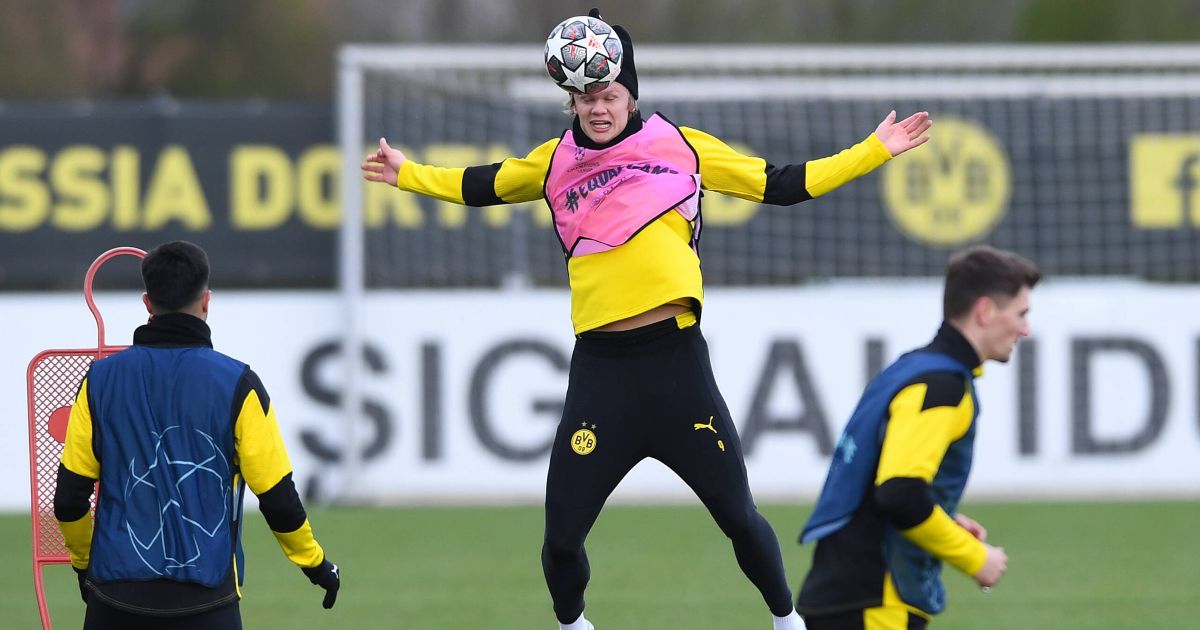 Haaland, the top scorer in the Champions League this season at the age of 20, has become one of the most coveted players in Europe following his move from Red Bull Salzburg to Germany in January 2020, plundering 34 goals in 38 appearances for Dortmund.

He clearly feels, however, that there are aspects of his game he still needs to work on, ranking several surprise names above him as he compiled his list of the best strikers around in an interview with VG.

The inclusion of the likes of Cristiano Ronaldo, Bayern Munich’s Robert Lewandowski and Tottenham Hotspur’s Harry Kane was perhaps to be expected, just as the mention of Sergio Aguero and Pierre-Emerick Aubameyang will come as no great shock, despite quiet seasons for the pair of them.

The selection of Roberto Firmino was a little more dubious, given the Brazilian’s struggle for goals over the last 18 months, but nobody could have foreseen Haaland’s final pick: Timo Werner.

The German has scored just five goals in 29 Premier League appearances for Chelsea following his £47.5million move from RB Leipzig last summer, failing to adapt to the demands of English football.

His stock has dropped sharply since his days in Germany where, as a prolific frontman for the RB Leipzig side that made it to the Champions League semi-finals in 2020, he was regarded as a truly elite goal-getter.

His move to Chelsea, though, has not gone as planned for either parties, and it is understood the Blues will once again be in the market for a striker this summer as the hierarchy look to add goals to Thomas Tuchel’s capable but unspectacular side, with Haaland reportedly on the shortlist.

In the mean time, Tuchel has been advised by former Tottenham star Rafael van der Vaart to start Hakim Ziyech in place of the misfiring Werner who he described, rather cruelly, as a blind horse.

Speaking to Dutch outlet Ziggo Sport, he said: “If I was Tuchel I would always pick Ziyech, simply because he is the best option by far. He can cut inside and create chances, as can Mason Mount. That is what Olivier Giroud needs.

“Werner is super fast, and maybe that is something good to have in an away game when Chelsea are under pressure.

“But all he does is put his head down and run himself to death. Mount is a terrific footballer, and I think he can get even better, but Werner is truly a blind horse.

“He already showed that’s what he is like when he played in Germany – and he’s doing it again now.”