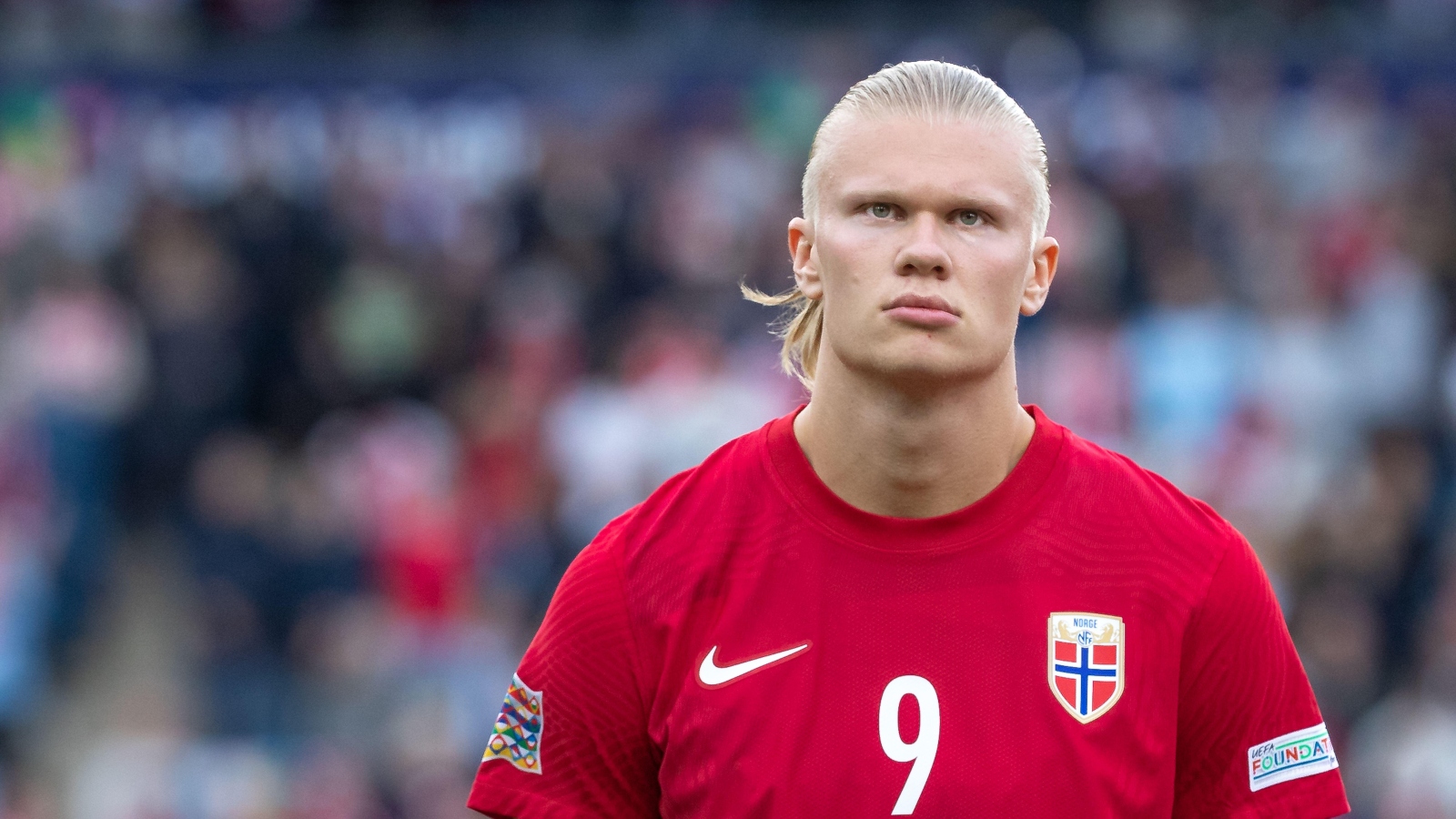 Manchester City striker Erling Haaland says he ‘wishes’ he was playing at the World Cup and has said England are one of the favourites to win the tournament.

Haaland’s Norway failed to qualify for this year’s tournament in Qatar.

This means the young striker will have some time to recover after the first half of the season before going to a training camp with City.

‘Wishing’ he was playing in Qatar, Haaland admits he will use the time off to “relax”.

Haaland continued: “I will relax my body and my mind a lot and then I will train. What I will train on? Nothing special.

“I think, it’s been going quite well I think, my first months in City so I don’t need to do so much things, or so many changes to be honest.

“So yeah, it’s about preparing myself for the next half of the season and being ready when the next game kicks in after the break.”

After missing out on qualification this year, Haaland has his eyes set on playing in the showpiece tournament soon.

“I hope I play for Norway and our dream and reality, the biggest thing we can do is to get to either a World Cup or Euros,” he said.

“That’s of course my goal with the national team to do. We know it’s difficult, but hopefully in the future one day I’ll be able to play them.”

Haaland discussed who the possible favourites are to win the tournament, and included England.

He said: “Favourites… I think the favourites should be Brazil, Argentina, France and maybe England.

“I cannot only say one, because there are so many good teams, so yeah, these four.”

Argentina captain Lionel Messi also believes England will be one of the favourites going into the tournament despite their poor form this year.

“Whenever we talk about candidates, we always talk about the same teams,” Messi said.

“If I have to put some above others I think Brazil, France and England are a little bit above the rest. But the World Cup is so difficult and so complicated that anything can happen.”

Argentina themselves are heavily fancied to do well.

Messi’s side are unbeaten in 35 games and won the Copa America in 2021.

“We are very excited,” Messi added. “We have a very nice group that is very eager, but we think about going little by little.

“We hope to start the World Cup in the best way to face everything that comes after. The more you play and the more time you spend on the pitch, the more you get to know each other.”