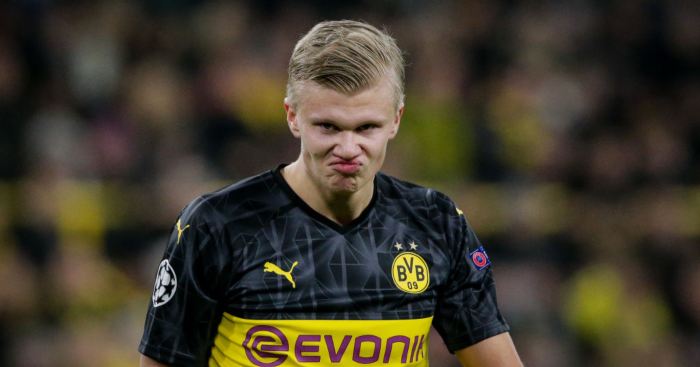 Erling Braut Haaland was “uncertain what to do” in January before deciding to join Borussia Dortmund, according to Red Bull Salzburg boss Jesse March.

Haaland burst onto the scene earlier in the season with a hat-trick on his Champions League debut and while scoring for fun in the Austrian league, he also netted against Liverpool at Anfield to raise his profile significantly.

As such, a host of European clubs became keen on signing the 19-year-old – with Manchester United said to be heavily interested – but reports suggested that influential agent Mino Raiola provided a key stumbling block for the Red Devils.

Dortmund surprisingly beat their rivals to Haaland’s signature and speaking to Goal, Marsch revealed how the player was unsure prior to confirming his next destination.

“Erling was uncertain what to do and when,” the manager said. “He knew that his role in Salzburg was special. Red Bull Salzburg was intrinsically important for his development.

“There were significantly more discussions with Erling. Being younger than [Takumi Minamino] made it all the more important to deal with the situation properly.

“It took more work so that he didn’t lose focus. In the end it is difficult not to understand his decision.

“The experiences we had with him and his father were wonderful and we will not forget them. We are proud of Erling and its success.”

Haaland’s father also spoke about his son’s move and insisted that the fact that the “whole” of Dortmund wanted Haaland was decisive.

He said: “You have to go to a club where the whole club wants you, not just the coach.

“I think that’s the most important thing, in addition to how the club has been over the last five or ten years and what direction they’ve taken.

“Because it’s dangerous to just sign for a coach, because he can suddenly be sacked.”