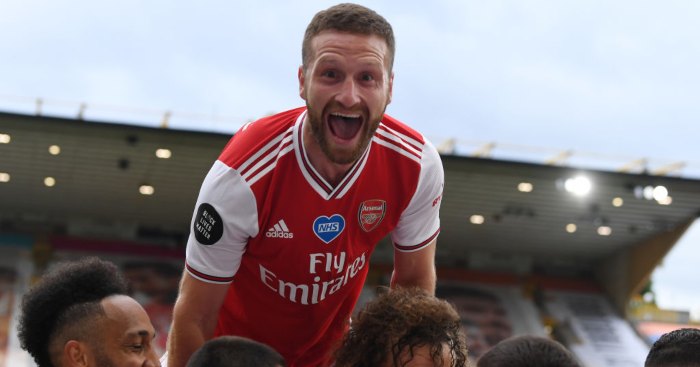 Shkodran Mustafi could be offered a new contract at Arsenal after his improved performances under Mikel Arteta, according to reports.

Mustafi’s performances over the last couple of seasons have seen him become a target for criticism from Arsenal fans, while Gunners legend Emmanuel Petit labeled him the “king of blunders” back in March 2019.

The Germany international has only started 21 matches this season as he’s struggled for form – but he’s impressed recently by helping the Gunners to four victories in a row in all competitions.

And The Sun claims that Mustafi is now ‘in line’ for a new contract after ‘reviving’ his Arsenal career.

The 28-year-old ‘has gradually won his new manager over with his commitment, attitude and dedication to the cause’ and is now a mainstay in Arteta’s defence.

And, following the Gunners’ victory over Wolves on Saturday, Arteta has been impressed at how Mustafi has turned around his fortunes at the Emirates.

Arteta said: “We try to help every player to improve, first of all by making them feel that we trust them.

“Everyone can make mistakes, of course, but if they are willing to keep trying then they will get rewarded.

“Musti’s attitude, the way he is training, attention levels, the questions he is asking and how much he wants to help everybody has been really good since I joined.”