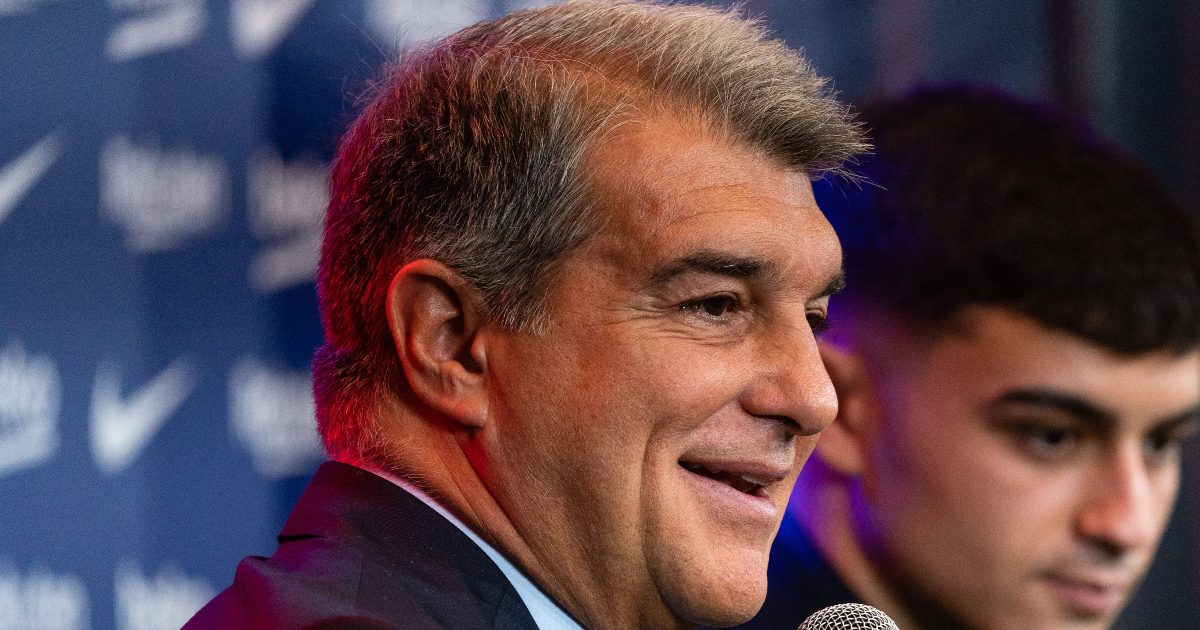 Barcelona president Joan Laporta has suggested that the European Super League is “alive” as there is “dialogue” ongoing between the clubs involved.

The ESL proposals were first revealed back in April. Arsenal, Chelsea, Liverpool, Manchester City, Manchester United and Tottenham Hotspur were among the 14 founder members.

These plans were quickly scrapped as a result of a mass backlash from football fans, the media and the wider public.

Barcelona, Real Madrid and Juventus were the only three teams who did not pull out of the ESL. Laporta has told Spanish outlet SPORT that they are still “working on” the proposals:

“It’s not parked, the opposite, it’s alive and dialogue is open with all sorts of people in football who are working on it. Juve, Real Madrid and Barcelona are all there and we keep winning in the courts. We’re still working on making a more attractive competition.

“It could be favourable economically for the clubs that take part that it’s an open competition, with promotion and relegation. We’re not closing the door on UEFA, as much as they have acted aggressively from the start.”

Last week, Laporta suggested that Lionel Messi had a “huge desire” to stay at Barcelona:

“With Messi, I do not get angry because I appreciate him. I know he had a huge desire to stay, but also a lot of pressure because of the offer he had.

“Everything indicates that he already had the offer from PSG. Everyone knew that he had a very powerful offer. We knew from Messi that they had a very good offer.

“At no time do I think of going backwards. I think I’m doing the best for Barca. Nobody can put the institution at risk.

“I did hope that at the last minute Messi would say that he would play for free. I would have liked that and he would have convinced me. I understand that the league would have accepted it. But we cannot ask that of a player of his level.

“Pedri, we have advanced with very well and hopefully we can take it further. Ansu is doing well.”