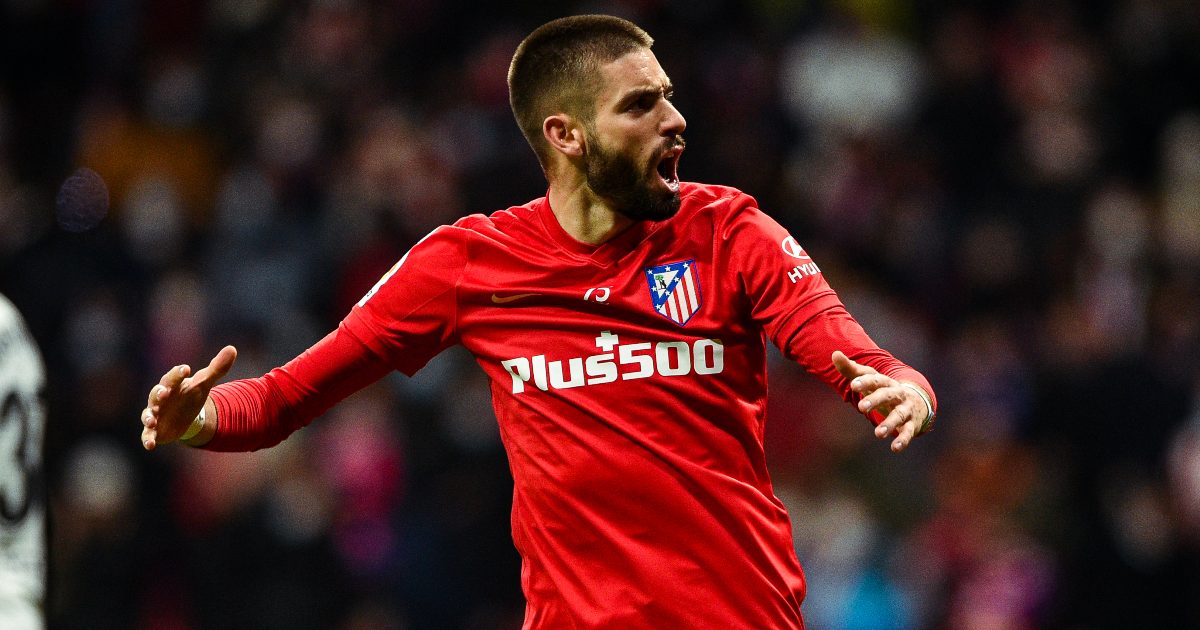 According to reports, Atletico Madrid star Yannick Carrasco ‘did not contemplate’ leaving in January amid interest from Spurs and Newcastle United.

Spurs and Newcastle were linked with the Madrid midfielder on deadline day. He has a €60m release clause.

The 28-year-old returned to Atletico Madrid in 2020 from Chinese outfit Dalian Professional.

Carrasco has been involved in seven goals from his 20 appearances in La Liga this season.

Marca (via Sport Witness) are reporting that the player ‘didn’t contemplate’ leaving the Spanish side in January as he remains ‘committed’ to the club.

He is currently regarded as an ‘essential’ player for Diego Simeone. The report does acknowledge that his situation ‘could be different’ in the summer.

Elsewhere, Newcastle were linked with Dele Alli prior to his move to Everton. Ex-Crystal Palace owner Simon Jordan believes Alli is an “incredible punt”:

“I think it is a shocking endowment of how Dele Alli has disappeared down the rabbit hole with opportunities that he has managed to throw away. I think it is a day late and a dollar short for his career,” Jordan told talkSPORT.

“Everton don’t get him for two and six, and a bag of gobstoppers, and a deferred payment plan unless there is very little regard for him. There was no regard for him at Tottenham as they believed they could get no financial return from him. I think it is an incredible punt.

“If we look in our rear view mirror and say there is a possibility that we may not get the previous Dele Alli where he is not modelling boohoo pants, then maybe.

“Frank may have felt he needed new bodies in the building. It seems as though he has got two runts of the proverbial litter,” Jordan later added.

“He has got Donny van de Beek, with some Manchester United fans saying he is a pup and can’t find anywhere to play him, and you have Dele Alli who has gone through the mincer.