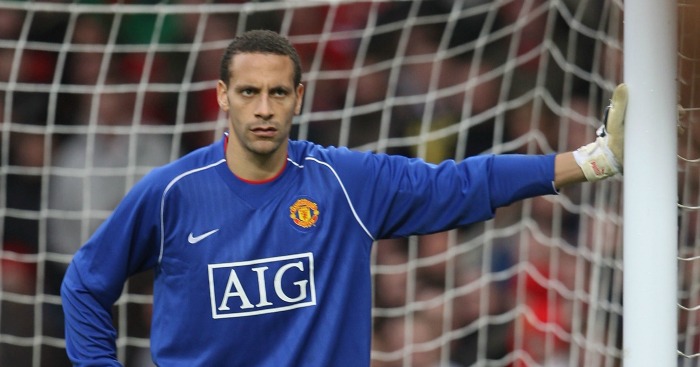 Overpaid players. Sunday lunchtime kick-offs. Absurd ticket prices. Non-black boots. Football’s menu of perceived ills is long. Where has the joy gone? Why do we bother? Saturday, 3pm by Daniel Gray offers a glorious antidote. It is here to remind you that football can still sing to your heart.

We brought you Gray on watching an away end erupt and the wonder of the slide tackle and they are just two of fifty short essays of prose poetry dedicated to what is good in the game. Lastly, for us (buy the book), it’s outfield players in goal.

The substitute goalkeeper leads a lonely life. He is only called upon when something goes wrong – a paramedic in a number 13 shirt – and exists as something of a legal obligation. Even when he is outsourced by way of a loan to a smaller club, it is to fill in for someone else and then return home, a row added to his appearances panel on Wikipedia. The loan club’s manager will probably have saluted his ‘professionalism’, but still the bench beckons once more.

Then one afternoon his fellow goalkeeper is clattered while rising to pluck a corner from the air. He is told to warm up. He stretches and wishes concussion – just a mild one – upon his teammate. The sign is given, off comes his tracksuit and on he sprints, stopping by the number one’s stretcher to check there is definitely no pulse. I should be happy for him, the patient understudy finally giving us his Hamlet. And yet I resent him. I resent him because the very existence of the substitute goalkeeper has half-ruined one of football’s perfect diversions.

There is nowadays very little call for an outfield player to go in goal. Instances are rare since some bureaucrat, blind to slapstick, created an emergency service by allowing far too many substitutes. However, there are just enough circumstances to make the scenario plausible, if unlikely, and so well worth crossing your fingers for: a sent-off goalkeeper followed by an injured one; no substitutions left to make; or no goalkeeper on the bench. All such cataclysms of misfortune can lead to this spectacle. Roll up, roll up for the cabaret.

If this unusual firework is lit, the atmosphere in the ground will be crackling. All the better if an injustice has caused the anomaly – from adversity comes volume. When the candidate emerges – ‘He’s always mucking about in goal at training,’ you hear in post-match interviews – the first part of the performance can begin. For some reason, a goalkeeper’s shirt is always too big for an outfield player. It flaps baggily in the wind, and laps towards the ends of his shorts. He pulls on gloves drenched heavy by sweat, yanking the Velcro wrist straps tight with his mouth, and only then begins to tuck in his shirt. It is like shoving a flag into a drain and when he is finished, he still resembles a schoolboy dressed from the lost-property box. Once he has jumped up to demonstrate – to himself as much as anyone else – that he can reach the crossbar, play can begin.

Often, an outfield player in goal’s first act is to face a penalty. This means a prompt opportunity to witness his diving style. There will be plenty more as opponents sniff fear and blood. That style is usually exaggerated rather than controlled. He is a civilian throwing himself on an unexploded bomb. He seems to move like a child’s lost helium balloon, zigzagging wildly according to the whims of a gust. Elbows and knees are engaged, jazz hands rigid. Some shots fly by him, many more hit various spots on his body and cannon against the bar or out for a corner. Nothing is of greater use to the outfield player in goal than the kick-save. ‘Use your hands!’ the crowd cry as they did at reluctant street keepers in childhood. He rarely will. It is a basic reflex for him, even if he looks as though he is being controlled by strings from above.

The whole episode makes for chaotic, unbridled fun. It reminds us that all footballers are descendants of 25-a-side contests in the park. The frolics of these have-a-go heroes rekindle in everyone, on and off pitch, a childlike, raw love of the game.

Saturday, 3pm by Daniel Gray is available from Bloomsbury, online and in boo