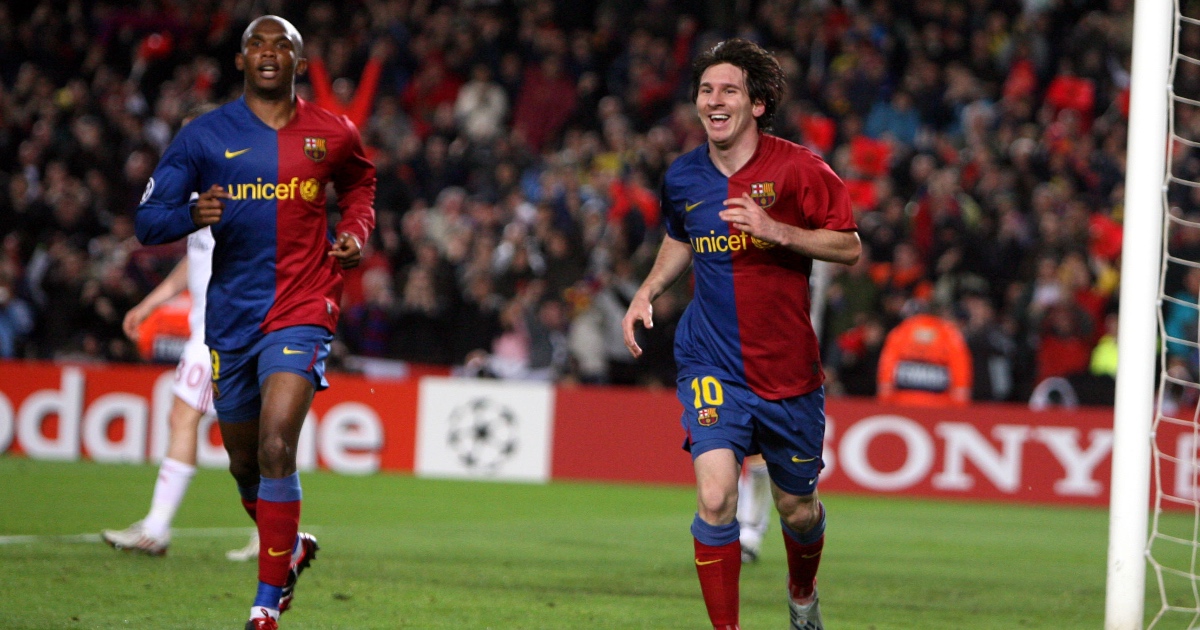 Former Barcelona striker Samuel Eto’o gave a bizarre, angered response when asked what it was like to play with Lionel Messi at the Nou Camp.

Eto’o was an established world star at Barcelona when Messi made his senior debut in the 2004-5 campaign.

The Cameroon forward scored 130 goals in five wonderful seasons with Barcelona having joined from Real Mallorca in 2004.

Eto’o was a member of a fearsome front trio along with Ronaldinho and Ludovic Giuly when Messi was added to the squad.

By the time Eto’o left Barcelona for Inter in 2009, Messi was the standout star for the La Liga giants.

And it appears Messi usurping Eto’o at Barcelona still stings, as the now retired forward snapped at a reporter asking what Ansu Fati could learn from the Argentine.

The reporter asked: “You talk about Messi, what can he [Ansu Fati] learn from Messi? You obviously played with him.”

It’s not entirely clear whether Eto’o’s assertion was lighthearted or not, but it comes as a suprise given his previous comments on the great man.

In a recent interview with La Nacion , Eto’o said: “Cristiano (Ronaldo) is another God. Together with Messi, they are the players who mark current football with the highest grades.

“But another God is coming for when Messi and Cristiano get tired of giving us these joys. That new God will be Kylian Mbappe.”

Messi is currently out of contract at the Nou Camp, with Barcelona desperately trying to shift players out of the club to make space for him on the wage bill.

And Eto’o insists that there is little chance the 33-year-old will walk away: “I can’t imagine Leo with another shirt. It is his club, his home, his love.

“I do not think that his continuity is due to a question of money. Leo is Barcelona and Barcelona is Messi.

“I know [Barca club president Joan] Laporta is preparing a reliable, interesting project for him.”