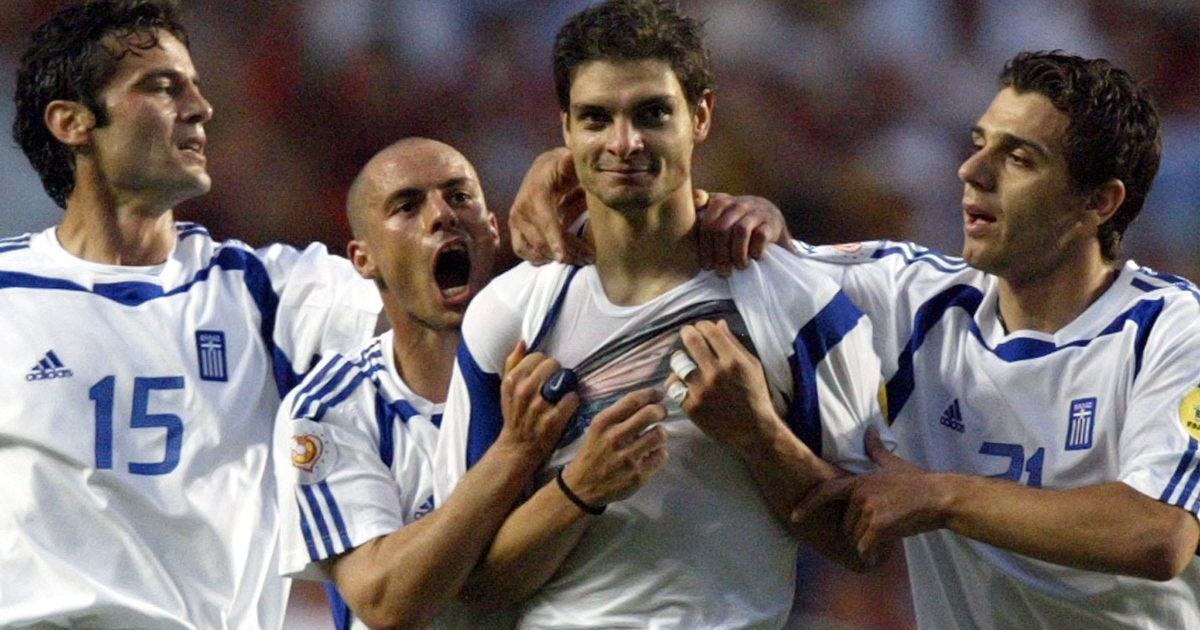 Former Greece striker Angelos Charisteas has revealed why he has fallen out of love with football in the country.

Charisteas is primarily remembered for his Euro 2004 heroics as Greece famously won the competition, beating hosts Portugal 1-0 in the final, scoring the only goal of the match.

Since their Euro 2004 triumph, Greek football has struggled to get anywhere near that success, and off the pitch, has been marred by controversy in recent years.

Greek football, on the whole, is in a bad way. The top flight is dominated by Olympiacos, AEK Athens and Panathinaikos, whilst the weaker sides struggle financially.

“The EPO [The Hellenic Football Federation], elected a new president, my teammate in the national team in 2004, Mr [Theodoros] Zagorakis,” Charisteas explained.

“Almost 99 per cent of the voters chose him and wanted him to lead football in Greece, and everybody was hoping to have changes under UEFA and FIFA instructions.

“Now we are again in the same position as before.

“The same situation in that two, three, maybe four clubs in Greece are at a very good level and the rest are trying to survive financially.”

Charisteas claims that Zagorakis walked away from the role as he was not granted the freedom to make decisions.

“He didn’t make any free choices. I think that was one of the reasons to say ‘goodbye, I don’t want to be part of this,'” he further explained.

⏪ #OTD in 2004, Greece were crowned European champions after Angelos Charisteas scored the only goal vs Portugal 👏

“Some clubs decide who is going to be the president and also the people around him, and the other clubs are there just to watch the movie.”

On why the EPO would not want people like Zagorakis working alongside them, Charisteas said: “To be honest, I don’t know. I worked in one of the biggest clubs in Greece, Aris Thessaloniki with success.

“Some of the other players worked in Panathinaikos, in AEK, in PAOK and they also have success. And I don’t understand why they didn’t give the opportunity for one or more of us to lead EPO.”

He continued: “In the last elections, five ex-players from the Euro 2004 squad were supporting Zagorakis publicly.

“We were candidates for the Greek FA ExCo in the last elections but we didn’t get the votes to be elected in the Greek Football Federation.

“They just wanted to put a big name [Zagorakis] as a president without any authority to make rules or put his ideas in the federation.

“I think that from the beginning, everybody understood that they didn’t want to give Zagorakis power.”

Asked if European footballing federation UEFA should intervene, Charisteas goes further, suggesting that this is the only way that Greek football can progress.

“Sometimes you need people who not only know and respect the rules, but they also know the game… But UEFA need clear people with good communication to bring the Greek football in a better level.”

It is a situation that, as per the former Greek star, is only getting worse:

“It’s complicated, but at the same time, it’s also very clear that the last years, the same situation is getting worse and worse,” Charisteas claimed. “So only the international federations can radically change this by intervening.”

Despite the big Greek club’s recent moderate success in Europe, Charisteas still thinks that they are well behind their European competitors:

“At the biggest clubs in Greece, the level is very bad.

“If you compare with other countries like Holland or Portugal, and big countries like Germany, Italy or France, then it’s shameful. I think Greece are steps behind,” the former target man claimed.

Charisteas stated the steps he would take if given the opportunity to make change: “My proposition is very clear. I already say openly in Greece that we need to change the whole structure.

“The election format does not work. 50 people or 100 people without any football background deciding the future of Greek football is crazy and the way we elect the president is bad too.

“First of all, we need to change the rules, how we elect the new president, and then to try to build something new.”