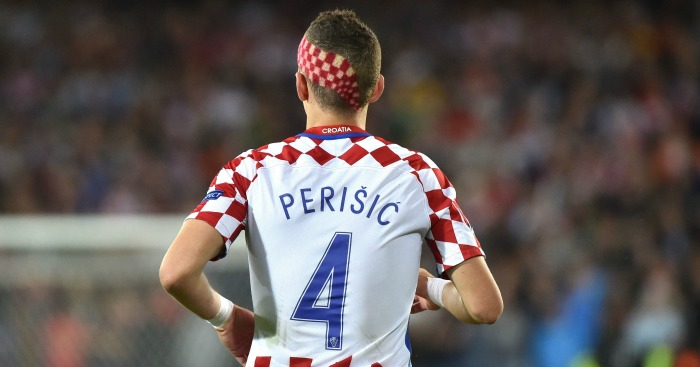 After the group stage’s relentless football feast offered up a bewildering array of burgeoning reputations of players I wouldn’t recognise if they nutmegged me in the street, Euro 2016 has got down to some serious business.

But this Month of Enlightenment continues. I dutifully observe three more patently world-class players for the first time, to belatedly understand what all the fuss is about and to assure others that it really wasn’t weird not to have watched any Bundesliga matches last season.

1) Ivan Perisic
Club: Inter
How ashamed should I be about not knowing about him? 8/10

Things were going so well for Ivan Perisic and Croatia. But, just as they began to be burdened with that most poisoned of biennial chalices – that of being the tournament’s latest ‘dark horse’ – their challenge was brought to a shuddering halt by an erratic Portugal.

Assuming Croatian football is into its root-and-branch reviews, picking at the bones of their abortive Euro 2016 will produce some encouraging morsels. Luka Modric remains an immaculate footballer but his creative responsibilities are now shared by the blossoming Ivan Rakitic. Over to their left, though, has been a player for whom Euro 2016 should be remembered as a breakthrough moment in a career that is crying out for some positive momentum.

Ivan Perisic is a fine exponent of that most slippery of football concepts: deceptive pace. Unlike some out-and-out wingers, he doesn’t eat up the yards like he’s running to escape from a burning building, but nor does he glide effortlessly up and down the flank. Before we delve too deep into amateur biomechanics (it’s more of a scuttle, perhaps), suffice it to say that Perisic can shift. Croatian counter-attacks were where he shone best.

Firstly, against the Czech Republic, he found the scruff of the game’s neck to run at a terrified Tomas Sivok and then belt a left-foot shot beyond Petr Cech to open the scoring. After a 2-0 lead had been carelessly thrown away in Saint-Etienne, Croatia rolled the dice against Spain in Bordeaux and were rewarded for their dogged pursuit of the game at 1-0 down. Again, the no.4 (nope, no idea) was leading the charge: Juanfran was led a merry dance on the left wing by Perisic’s ambidexterity – two-footedness is a handy addition to any modern winger’s CV – and an inch-perfect right-foot cross fed Nikola Kalinic for the equaliser.

Then, with three minutes to go and with Croatia emboldened by Sergio Ramos’ saved penalty, Perisic stood out once more. Kalinic received the ball on the halfway line, Perisic eliminated the 20 yards between himself and Gerard Pique, the last line of Spanish defence, and rifled home a deserved winner.

He’s a well-rounded, determined and effective player – not all guaranteed traits for a winger – to the point where you’d fancy getting something with a team of eleven Ivan Perisices. In a tournament environment – where it’s positively encouraged to unhelpfully judge a player on the evidence of two or three performances – it seems a mystery that his career hasn’t taken the same smooth trajectory of his stellar fellow midfielders.

Clubs in France, Belgium, Germany – where Dortmund’s then-manager Jurgen Klopp offered some home truths to his petulant young charge – and Italy have tried (and occasionally succeeded) to tease the best out of Perisic. Direct, devastating and finally ready to deliver with consistency – assuming they resist any Euro 2016-inspired impulse buyers, Inter Milan may well be about to enjoy the peak years of the Croatian Arjen Robben (Deluxe Edition).

2) Nolito
Club: Celta Vigo (for now)
How ashamed should I be about not knowing about him? 7/10

At first glance, Nolito seems like an approximation of every Spanish forward from the last 10 years: slight of build, fleet of foot and with the mandatory first touch of velvet on the edge of the penalty area.

It is those characteristics – plus, crucially, a domestically proven eye for goal – that have pushed the 29-year-old towards the front of the queue for solutions to Spain’s ongoing search for a finisher to rubber-stamp their long-established approach play. Furthermore, it takes something to command attention from outside of the Spanish league’s usual suspects: while the initialised strikeforces of Barcelona and Real Madrid show scant disregard for numbers and records, Celta Vigo’s Nolito has impressively gone about his business further out on La Liga’s radar.

The former Barcelona fringe player – not unlike Jamie Vardy in the Premier League – has carried the flag for forwards in their late 20s with miles on the clock, points to prove and ambitions still to be fulfilled. Pre-tournament Ones To Watch features are inevitably dominated by young players who better suit the compacted narrative of making an impact and announcing themselves on the international stage, but football has come to accept that talented players will slip through the scouting net and emerge, gradually, via a less obvious route.

With time hardly on his side, Nolito handily isn’t merely a raw talent – he’s a dribbler, a darter from deep (his goal against Turkey owed much to an undetected run into the area before any potential marker could even compute the danger) and a willing creator from his usual station on the left.

While Alvaro Morata spearheads the Spanish attack – their art installation of a formation from Euro 2012 hasn’t survived the mild soul-searching that followed their World Cup failure two years ago – there will always be ample accommodation nearby for diminutive, elusive, one-and-two-touch schemers in Vicent Del Bosque’s line-up. Nolito isn’t the jarring presence that Diego Costa has been in a Spanish shirt, but nor is he simply a supermarket-brand fusion of David Silva and 2010-vintage David Villa. He brings new ideas, if not a revolutionary change of direction for the Del Bosque attack.

A mooted £13.8m move to Manchester City, which would take him from the boutique pond of Celta to the veritable lagoon of the Premier League’s richest club, is the logical next chapter for a player making up for lost time. Like Vardy may yet prove for England in this tournament (but not now for Arsenal next season), freshness does not always need to come from youth.

3) Joshua Kimmich
Club: Bayern Munich
How ashamed should I be about not knowing about him? 6/10

Maybe kids these days actually want to be full-backs when they grow up. The most traditionally unfashionable role in football is now about as in vogue as it could ever be, culminating in nicknames such as “the new Philipp Lahm”.

21-year-old Joshua Kimmich has plenty in common with Germany’s former captain: a nerveless understanding of the game at a tender age, the prospect of becoming a fixture for Bayern Munich for years to come and a natural versatility that will make him precious for club and country.

All of those traits, and more, propelled Kimmich from his Bayern debut only last September to an on-pitch, post-match tribute from Pep Guardiola:

“I love this boy. I like working with football players who want to learn and want to keep going. He has the desire, he has passion – he has absolutely everything.”

There are jacks-of-all-trades (Phil Neville, Paul Warhurst) and then there are total footballers, who slot in with almost embarrassing ease wherever they are needed. Lothar Matthaus has described Kimmich as “the new Xabi Alonso”, burdening the poor kid with an already impressive collection of unhelpful monikers already. Kimmich’s confidence and maturity were clearly enough to win over the earnest micromanager of Guardiola. Now, Kimmich has impressed the fidgeting Germany coach Joachim Low so much that he has displaced the solid but unadventurous Benedikt Howedes at right-back.

A classy attacking performance against Northern Ireland in Paris – where his technique was showcased ahead of his defensive duties – was followed by another immaculate performance against Slovakia in the last sixteen. A sterner test almost certainly awaits Kimmich in the quarter-final, if Low doesn’t exercise caution and restore Howedes, but the youngster with ice in his veins, the German Paul Warhurst, is probably well on his way to another outlandish nickname.