Home All The News Euro 2016 Player, Team of Tournament announced 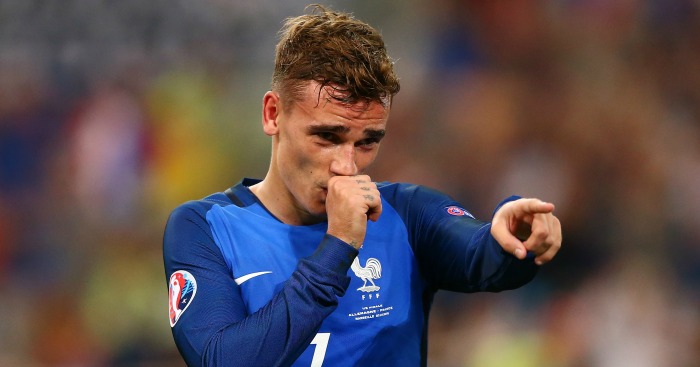 Antoine Griezmann has been named as the official Player of the Tournament at Euro 2016.

Griezmann scored six goals as France marched to the final, with no other player scoring more than three throughout the tournament.

The Atletico Madrid striker could not help the hosts past Portugal in the showpiece on Sunday as they slipped to an extra-time defeat, but UEFA recognised Griezmann’s achievements in helping them get there, including both goals in the 2-0 semi-final win over Germany.

Sir Alex Ferguson, David Moyes, Gareth Southgate and Mixu Paatelainen were among the 13-strong panel who decided the recipient of the award, with Portugal defensive midfielder Renato Sanches being crowned the Young Player of the Tournament.

UEFA chief technical officer Ioan Lupescu led the panel, and explained the reasoning behind the selection.

“Antoine Griezmann was a threat in every game he played. He works hard for his team and possesses technique, vision and quality finishing. The technical observers were in unanimous agreement that he was the tournament’s outstanding player.”

Griezmann was also selected in the Team of the Tournament, which did not feature Harry Kane and is below.