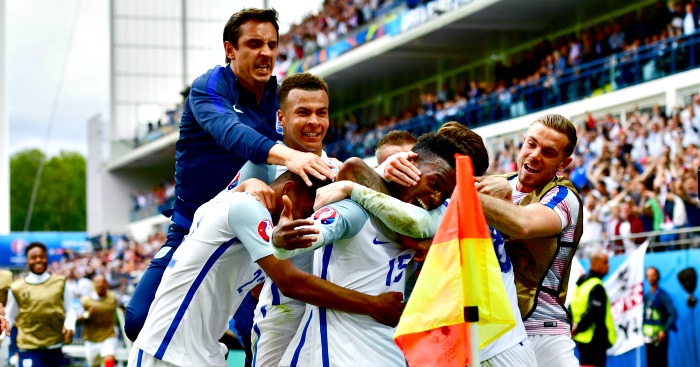 Euro 2016 is over, and we will all miss it ever so dearly. It’s time to look at who impressed – both as a team and individually – and who, well, did not. Look at England with all those dribbles…

Most dribbles per game: England (19)

Most shots conceded per game: Slovakia (19)

Most tackles per game: Croatia (20)

Most average possession per game: Germany (63.1%)

Most losses: Northern Ireland and Ukraine (both three)

Most points in the group stage: Croatia, France, Germany and Poland (all seven)

Most shots: Cristiano Ronaldo (Portugal, 45). In second place is Antoine Griezmann (France) with 28.

Most times dribbled past: Aaron Ramsey (Wales) and Toni Kroos (Germany, both 17)

Most interceptions: James Chester (Wales) and Pepe (Portugal, both 19)

Fewest passes of any player who has played more than 45 minutes: Jiri Skalak (Czech Republic, four passes in 67 minutes)

Best pass accuracy of a player who has played more than 45 minutes: Andre Schurrle (Germany, 34 passes over 71 minutes at 97.1% success rate)

Lowest pass accuracy of a player who has played more than 45 minutes: Tomas Necid (Czech Republic, 41 passes over 169 minutes at 43.9% success rate)

Highest scoring clubs (if player has moved clubs since start of tournament, their current club is counted):

Clubs with most different individual goalscorers