Home All The News Euro 2020: Czech boss expects ‘under pressure’ England to perform 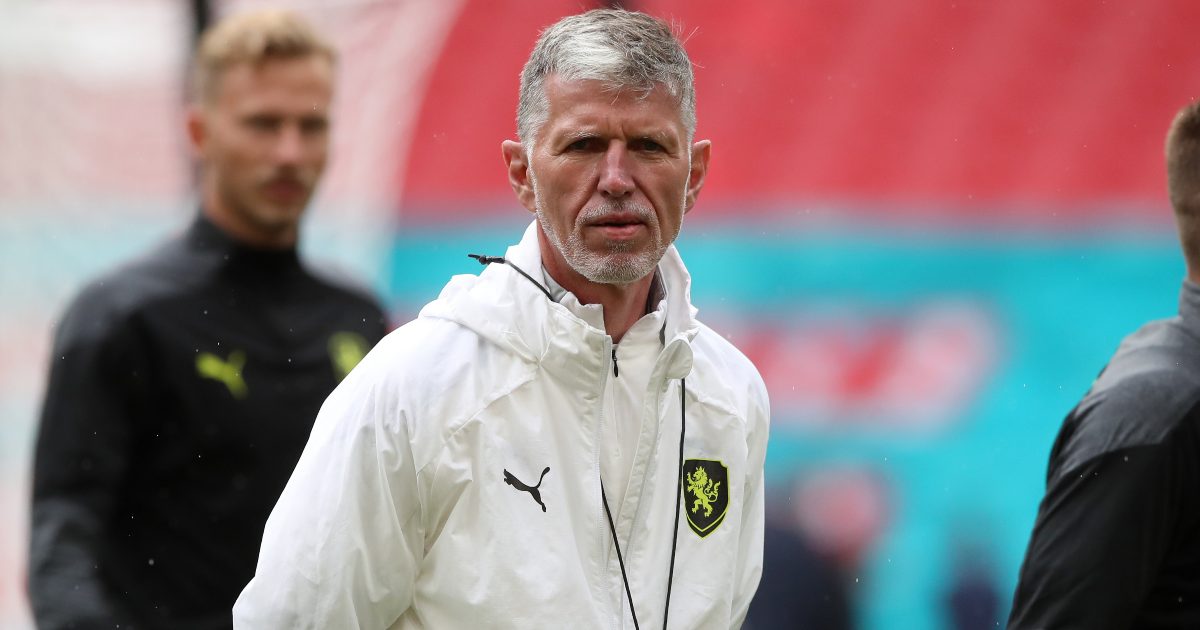 Czech Republic manager Jaroslav Silhavy has acknowledged that England are “under pressure” heading into their final game in Group D on Tuesday.

The Three Lions host the Czech Republic on Tuesday in a game which will determine who tops Group D.

Gareth Southgate’s Three Lions have struggled for inspiration in their opening two games, beating Croatia 1-0 and drawing 0-0 with Scotland on Friday.

But Silhavy expects England to come out firing after two frustrating performances.

He said: “It will be different from the previous two games they played because they are hungry for goals, they want to score and win the game. That’s what we expect.

“There will be a lot of pressure, they will be attacking and we will have to deal with that.

“They are under pressure, the English public expects them to win, there will be people at the game, the fans will support them so it will be difficult for us.

“At the tournament it’s always a bit specific because at the beginning the teams may not be at their best but their form goes up and, as they near the quarter-finals, semi-finals and final, they get better. I believe England are one of those teams.”

Silhavy also believes his side will be able to keep Harry Kane quiet again with the striker struggling to find top gear at the Euros.

He added: “Harry Kane is an excellent striker, very smart. We don’t want to leave him alone. We need to have two men on him.

“He manages to score even when we defend (against) him very well. But I believe we will be strong enough to neutralise him.”

England opened their Euro 2020 qualifying campaign with a 5-0 thumping of the Czech Republic at Wembley in 2019, with Raheem Sterling scoring a hat-trick.

Now, the visitors are top of Group D on goal difference with four points and Silhavy is confident his side will avoid a repeat of their last trip to London.

He said: “The game we played in the qualifiers we lost, and I remember it very well, but it’s behind us. We have learned from the game and we improved after that.

“I believe the game tomorrow will be very different and better for us. Before the tournament we were talking about if three points would be possible to advance, now we have four points and we are talking about the same thing.

“We can only influence our own results. If we are successful we do not need to look at other teams.

“I believe tomorrow’s game will not be our last. The players will have more chances to start.”