Home All The News Euro 2020: Denmark must capitalise on England ‘pressure’ 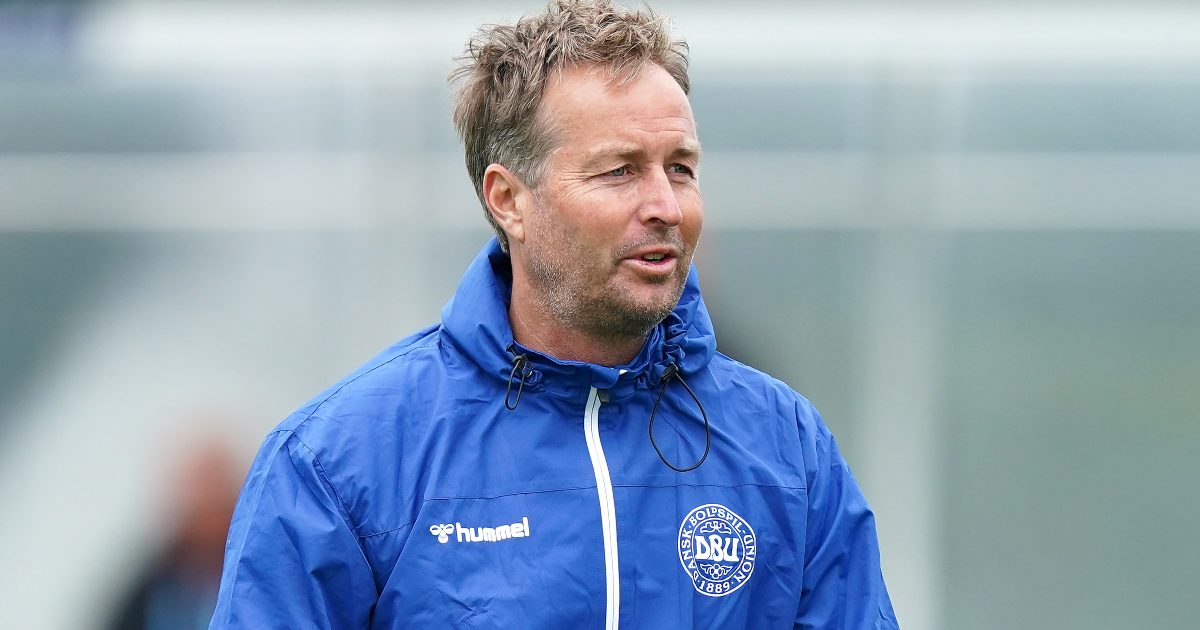 Kasper Hjulmand has insisted that it will not be “easy” for England in the Euro 2020 semi-finals against his Denmark side.

The rearranged European Championship got off to a distressing start as the former Tottenham midfielder suffered a cardiac arrest during the Danesâ€™ group opener against Finland in Copenhagen.

Denmark lost that match after it resumed that same day and then fell to defeat to Belgium, only for the neutralsâ€™ favourites to roar to victory against Russia and qualify as runners-up in Group B.

Wales were brushed aside 4-0 before the Danes beat the Czech Republic 2-1 in their Baku quarter-final, setting up a mouth-watering Wembley semi-final against England on Wednesday.

There will be around 8,000 Danish fans among the expected 66,000 crowd, but Hjulmand believes that could be to their advantage.

â€œAnd we know weâ€™re not done yet. We know that we can do more.

â€œOf course there is a lot of pressure on England but we also know that we have to take advantage of this situation.

â€œThere is some psychological factors in the game. They have a lot of supporters but we also have to remember that they have a lot of pressure and a lot of expectations, so I donâ€™t think itâ€™s going to be so easy for them.

â€œWe just believe that we can take advantage of the pressure England feel.â€

Denmark are the last team to win at Wembley and are riding what England boss Southgate called an â€œemotional waveâ€ after Eriksenâ€™s cardiac arrest.

â€œThereâ€™s communication between the players and Christian and I have talked with him and Iâ€™ve told him so many times that I think about him,â€ Hjulmand said when asked about the 29-year-old midfielder.

â€œEven when we got in here, I thought that we would play to Wembley in his old stadium, so he is with us and we still play for and with him. Thereâ€™s no doubt about that.

â€œThatâ€™s the only thing I can say about Christian. I hope that if he comes to the final that weâ€™re going to be playing it. It would be amazing.â€

Hjulmand spoke impressively and eloquently ahead of the match, saying it would not get any bigger than their â€œamazing country of around five million peopleâ€ beating England.

The Denmark head coach knows they are facing a â€œgreat, great teamâ€ but there is an unshakable spirit about a group backed by a nation brought together in shocking circumstances.

â€œBut of course something happened and especially the support and the compassion weâ€™ve been given from the Danish people. Itâ€™s really something that makes us do as much as we can.

â€œI was very unsure what we were able to do against Belgium in the first match (after the incident) and secondly against Russia because it was very difficult times emotionally.

â€œBut I think the compassion of the people of Denmark, the whole population, gave us the reason, the meaning of fighting and doing our best and of course that purpose.

â€œThat meaning is very, very important when you play and for sure it animates us to keep going on and we want to give back some moments and some victories for the people of Denmark.

â€œRight now we are closely linked â€“ the team and the people of Denmark, the whole country, young and old. Everyone supports football.

â€œMaybe people who never followed football right now they follow this team because it shows who we are. It shows a lot of the things thatâ€™s the best of Denmark, so that support and passion of course gives us a lot.

â€œThatâ€™s why I donâ€™t have to do much for the game tomorrow. I just have to remind the guys to push the same button as they did for the last many matches and go for it. So, yeah, we a ready.â€