Home All The News Euro 2020 draw: England could face Scotland at finals 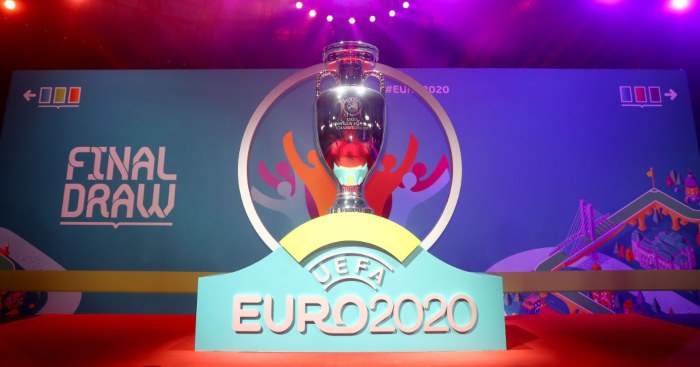 England will face Croatia, Czech Republic and potentially Scotland in Group D of Euro 2020 after the draw was made today.

The Three Lions already knew they would be in Group D due to Wembley hosting three of its games, but had to wait to find out their opponents.

It means they cross paths with Czech Republic again after facing them in qualifying, while they will also take on the team that curtailed their World Cup dream in 2018 – Croatia.

The final team in the group will be the winner of Scotland’s play-off path – which also features Israel, Norway and Serbia.

Group F is certainly the group of death, with the last two world champions, France and Germany, drawn with reigning European champions Portugal.

Meanwhile, Wales have been drawn in Group A alongside Italy, Switzerland and Turkey.

The winner of the play-off path involving Northern Ireland and Republic of Ireland will be drawn with Spain, Poland and Sweden.

The tournament commences on 12 June, with the opening game being held at Rome’s Stadio Olimpico. Wembley will host the final on 12 July.