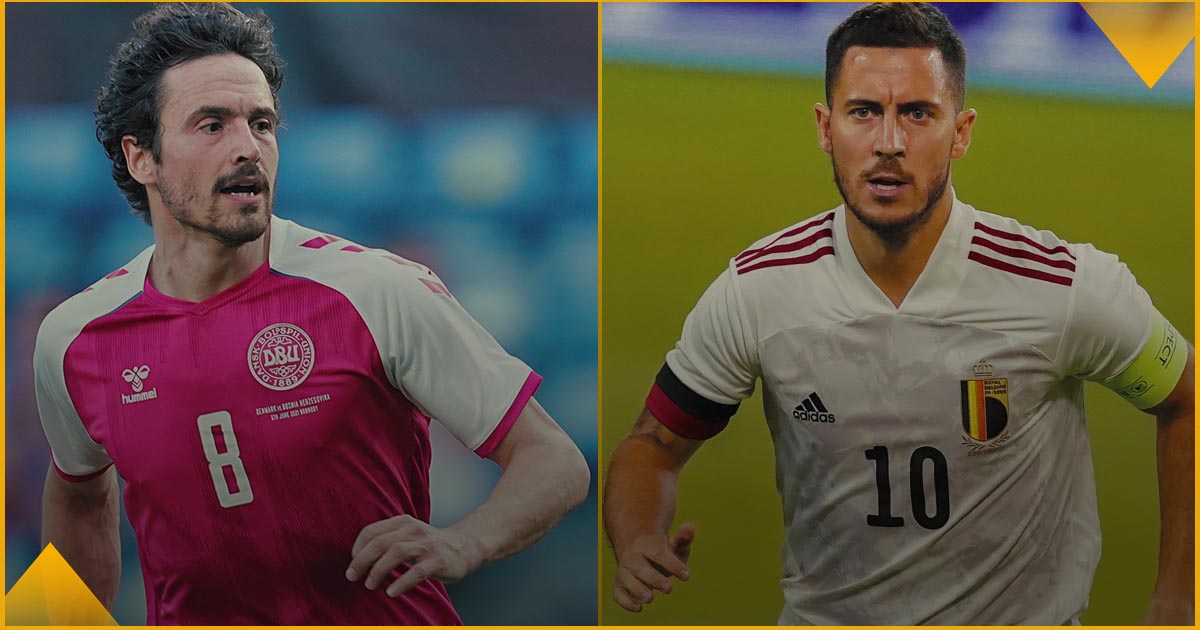 Denmark’s players must attempt to focus on the challenge of taking on Belgium, while the Dutch midfield looks vulnerable against Austria and Ukraine must put disappointment behind them.

Ukraine’s class should sort out North Macedonia… eventually
The third-place safety net means neither side is mathematically at the ‘must win’ stage but both sides know anything less than three points leaves them very much on the brink.

Ukraine should have enough about them to get the win. The second-half fightback against the Netherlands ultimately came to nought but that doesn’t mean it didn’t offer encouragement. North Macedonia for their part showed they aren’t going to just make up the numbers after pushing Austria all the way in their opening match.

While both teams know they probably need to win, they will also both be well aware that defeat spells near certain elimination and for that reason it’s not hard to imagine a cagey first half in which both teams cancel each other out looking first to avoid disaster. As the game wears on, Ukraine’s greater quality and top-level experience should tell. 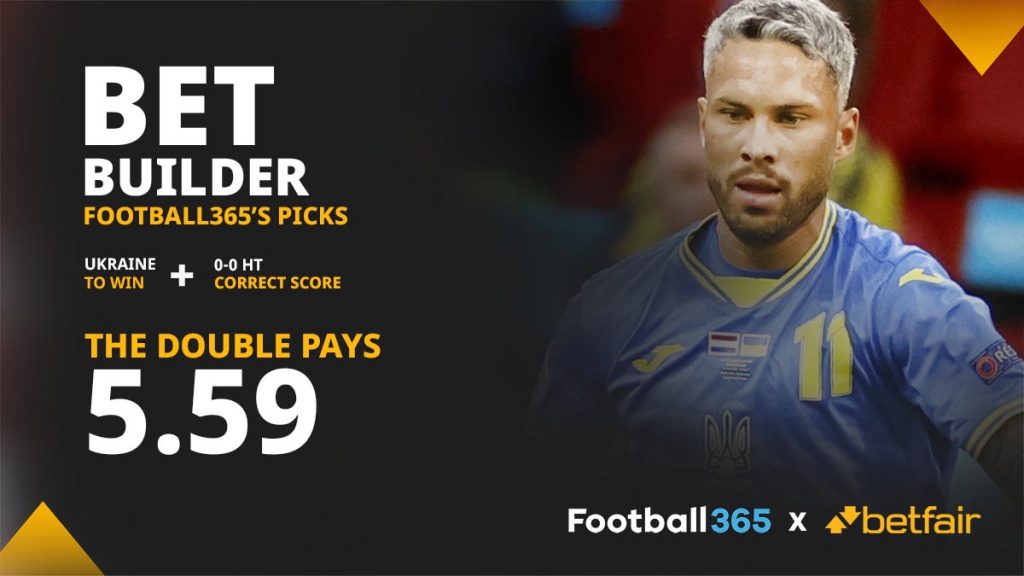 Danes will have neutral support and sympathy but face a monumental task
Normally in these previews we busy ourselves trying to extrapolate form or fitness or confidence, looking for patterns in results and trying to find an edge. It’s all good fun, but for this game it feels almost sordid to do so.

This is a match that inevitably takes place under the huge shadow cast by the harrowing scenes in Copenhagen last Saturday. While the news on Christian Eriksen has been mercifully positive it is still hard to know how the Denmark players will handle the experience. That they were forced to complete the Finland game that night still feels wrong, but the reality of that decision and the subsequent 1-0 defeat leaves Denmark facing a couple of stark truths. They really need a result against Belgium, one of the very best sides in the world, and they must do it without their best and most creative player.

Even with Eriksen, Denmark’s job here would be a huge one. Without him, and the potential impact the manner of that absence might have on his team-mates, it’s hard to see the Danes getting anything here. They will have the sympathy of the whole continent for this game – up to and including a Belgium squad that includes plenty of current and former team-mates of Eriksen. They will carry a mountain of goodwill and support from everywhere apart from that Belgium squad, who have their own job to do.

Difficult and ultimately moot as it is, even without the Eriksen storyline, Belgium are firm favourites here and should get the second win that confirms straightforward passage to the last 16. They have won four of their last six games against fellow Euro 2020 qualifiers by two or more goals – including a 4-2 win over Denmark – and 11/4 for another win by such a margin here looks like a perfect jumping-off point.

Romelu Lukaku started his tournament with a brace against Russia and can be backed at 11/2 to collect another two or more in this one. It’s something that, including that Russia game, he’s now done in nine of his last 21 international appearances. And yes, that also includes that 4-2 win over Denmark in November.

In a Bet Builder double you’re getting better than 12/1 for something that happened in Belgium’s previous game in this tournament and when these two sides last met. 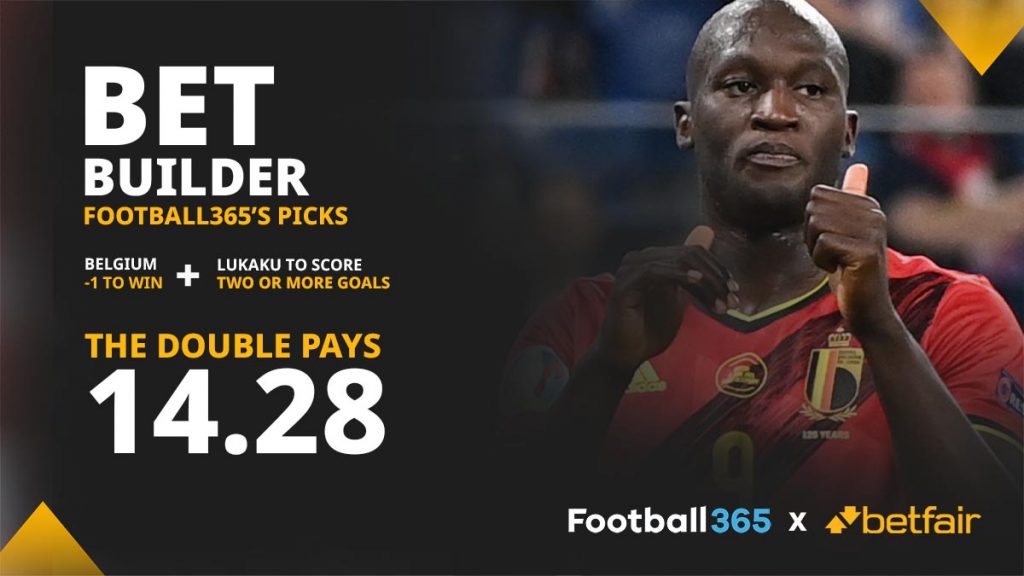 Austria can win midfield battle against the Dutch
Both teams picked up three points in the opening round of games to massively take the heat off this one. A point apiece would effectively take both into the last 16 – no team with four points missed out on the knockouts five years ago, with the eventual winners among those to sneak through on just three – and is a result that would suit both.

It would also be fair to say neither side was fully convincing in those matchday one victories. Austria huffed and puffed for long periods after conceding a comical equaliser against North Macedonia, while the Netherlands needed a late winner after blowing a 2-0 lead against Ukraine.

There were a couple of eye-catching things in those games that might help us to profit here. One was the performance of Marcel Sabitzer for Austria, who dominated midfield and along with David Alaba looked head and shoulders above any other player on show. He also created the opening goal. Then there was the Netherlands and their almost total absence of a midfield against Ukraine.

Given Sabitzer’s quality and the potential time and space he might again be afforded, the 8/1 for another assist looks very tempting. And with a draw arguably suiting both sides just fine we definitely want that onside as well. The outright draw is pretty fair at 3/1 but after watching that alarming Dutch collapse against Ukraine we might play a bit safer and get the Austria win in there as well at what remains a decent price. 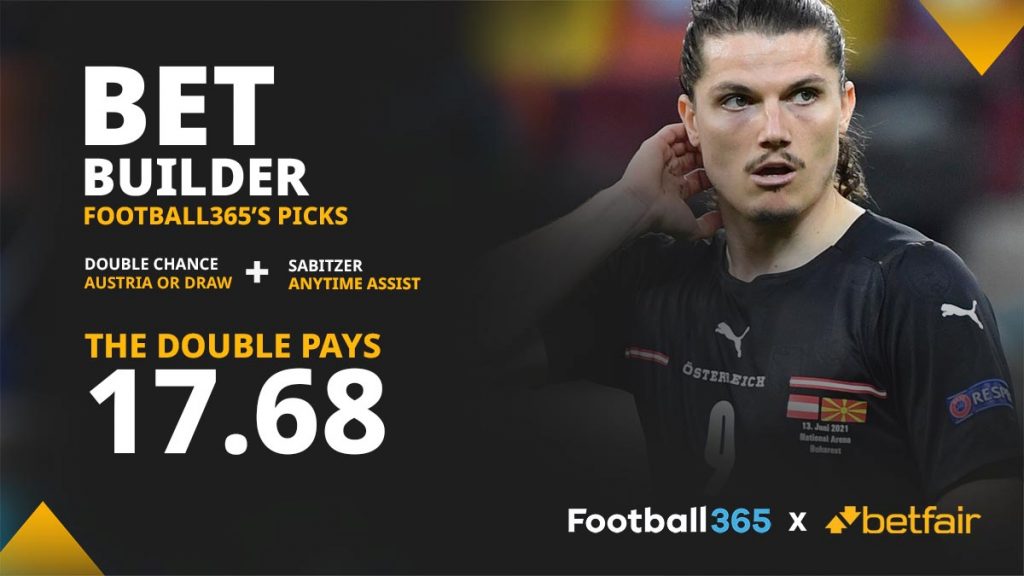