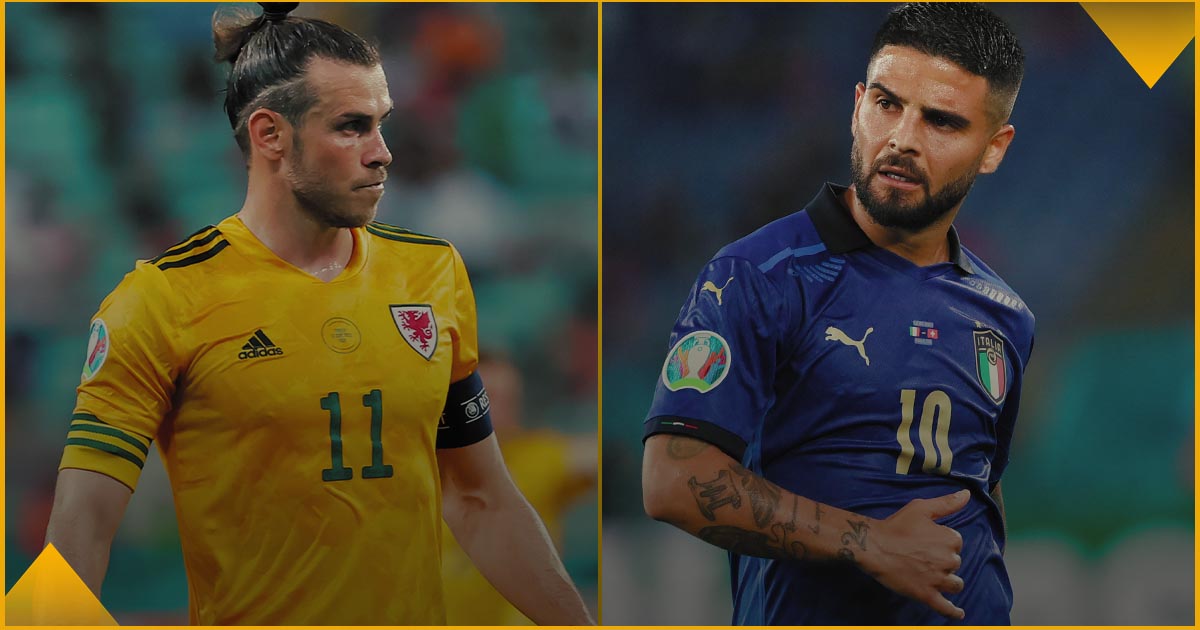 Heading into the final group stage matches at Euro 2020, a win for Wales against Italy would see them top group A.

Repeat of Euro 2016 is possible as Wales eye upset in Rome
Connor Roberts’ injury-time goal against Turkey on Wednesday was arguably the highlight of Euro 2020 so far: there aren’t many better feelings in football than a late goal that punches through the tension to seal the win. It was nothing less than Wales deserved for a brilliant, gutsy, Euro 2016-esque performance in Baku.

Aaron Ramsey and Gareth Bale were sensational and it is no exaggeration to say that if they continue with this form Wales can repeat their semi-final appearance from five years ago. Rob Page has put together a strong team ethic and a solid defence and with Ramsey and Bale working so well in tandem that should be enough to beat everyone in their path en route to the final four.

It is unlikely Wales will miss out on second in Group A even if they lose to Italy on Sunday, which means one of Denmark, Russia or Finland in the last 16. After that, it will surely be the Netherlands in the quarter-final: the sort of ropey, tactically incoherent, and slightly timid side that are ripe for an upset. It would certainly present an easier challenge than Belgium did at Euro 2016.

Perhaps we are getting ahead of ourselves. Wales’ potential this summer will reveal itself this weekend when they face the strongest team in the tournament so far, Italy, in Rome. Fortunately there is no pressure on Page’s side while the Italians have already guaranteed qualification and consequently may choose to rest many of their star players.

We cannot rule out Wales grabbing an unlikely point and at the very least they will be able to put in a spirited performance nothing like the limp ones seen by Switzerland and Turkey in Italy’s previous two games.

Whatever the outcome on Sunday, the game will give an insight into how Wales are able to cope with an attacking onslaught against, for example, the Netherlands. They have averaged 36.5% possession so far despite playing two relatively similarly matched teams and so that figure could drop as low as 20% against this high-pressing and swarming possession Italian team. The Welsh will no doubt back right off Manuel Locatelli, Jorginho and Marco Verratti, who could make his return from injury.

Of course, playing on the counter-attack suits Wales; Daniel James and Bale will fancy their chances against an Italy defence missing the injured Giorgio Chiellini. Still, on balance it is hard to look beyond a victory for Italy – not that it really matters. As long as Wales go down fighting they won’t lose momentum. Nobody remembers the gut punch of their 2-1 defeat to England at Euro 2016 because of what came next.

Knockout game shows the upside of the awkward 24-team format
There aren’t many reasons to like the 24-team format for the European Championship. On a basic aesthetic level it is frustrating to constantly look out for the different permutations and frustrating that many nations must wait to hear their fate until days after they have played their third group game. It also affects the quality of the tournament by pitting far too many poorer teams against better ones, and most importantly it means fewer important matches in the group stages.

However, the format finally comes into its own in the third round of group games. Back in the days of 16 teams and only the top two qualifying, Switzerland would seem highly likely to be eliminated from the competition on Sunday whatever the result (they require a five-goal swing in goal difference to usurp Wales). Instead, they face a cup final against Turkey.

If they win, Switzerland will almost certainly go through as one of the top four third-placed teams on four points. It is worth noting that in Euro 2016 two went through with four points and two, including eventual winners Portugal, qualified with three. Amazingly, that means even Turkey stand a chance of making it to the last 16, although they would need a sizeable win to avoid likely elimination on goal difference.

It’s all a bit confusing but the bottom line is that two badly under-performing nations slumping at the bottom of their group have something to play for on matchday three. It is the one positive of this bloated format.

Switzerland can anticipate getting the win they need. Vladimir Petkovic’s side were unlucky to concede a late equaliser to Wales and with Breel Embolo looking sharp they surely have the energy in their attack to break down woeful opponents. Turkey have completely flopped so far, drifting fearfully around the pitch and creating nothing at all against Italy and Wales. The Swiss are ranked 13th in the world. They are much better than they’ve looked so far and ought to prove it here.