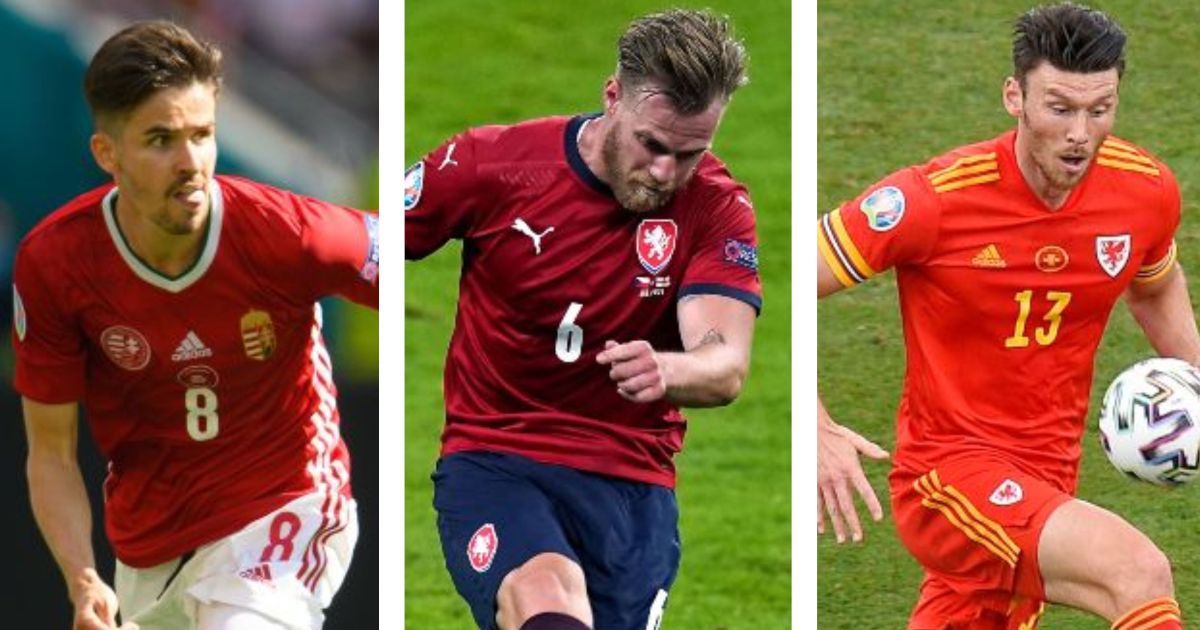 Not every stellar Euro 2020 performer was from one of Europe’s elite; some were from the Championship. You can see our team of the tournament here but this is all about the second-flight boys…

6) Joe Morrell (Wales and Luton Town)
Kicking off this list is a midfielder who had already surprised many by getting a call-up to the Wales squad for this summer’s European Championship, taking a midfield spot over more established Championship players such as Cardiff City’s Will Vaulks, but in starting each of Wales’ four matches at the tournament, Morrell made more appearances for his national team than with club Luton Town throughout the preceding season.

Wales may not have been able to replicate their semi-final run of five years ago, but that 2-0 victory over Turkey was owed largely to a nullified threat in the middle, while his cross for striker Moore got Wales off the mark against Switzerland on the second day of the tournament.

Six tackles and 17 ball recoveries in under 300 minutes did Morrell’s reputation no harm and there ought to be a number of Luton’s second-tier rivals chasing the 24-year-old this summer as a result.

5) Grant Hanley (Scotland and Norwich City)
Scotland may have been winless at this year’s tournament, but to have even been at their first major tournament since 1998 was a victory in itself, while one of the individual beneficiaries was Norwich City centre back Hanley, who excelled in the stalemate, earth-shattering draw with England in the middle round of group games.

Going into the tournament as the bedrock of a Scotland defence containing the likes of Kieran Tierney and Andrew Robertson, the former Blackburn and Newcastle United defender looked capable of shackling every England forward in history, Alan Shearer included, on that Friday night at Wembley and will be looking to continue such form into the Premier League with the Canaries next season.

In three matches, Hanley completed 90% of his passes while keeping to his good old-fashioned defensive roots with four tackles, six clearances and a staggering 21 ball recoveries to the 29-year-old’s name across 213 European Championship minutes this summer.

4) Adam Nagy (Hungary and Bristol City)
Finding themselves the supposed whipping boys in the Group of Death that was Group F, Hungary bit the European Championship bullet, losing just once in a group containing France, Germany and Portugal, all of whom exited the tournament at the next stage, and there were few better to epitomise that fighting spirit than Bristol City midfielder Adam Nagy.

Unlike Hanley, Nagy was not coming into this tournament in fine form, with his Bristol City team having just finished in a desperately underwhelming 19th place in the Championship, with Nagy unable to have the same influence in the middle of the park for the Robins in his third season at Ashton Gate as he eventually did for Hungary this summer.

Gutted for Hungary 🇭🇺 more than mixed it with three class teams, when everyone wrote them off! Adam Nagy 🐐 class act!

Typically assured and missing just a couple of minutes of the group games against three behemoths of football, earning 24 ball recoveries and making four tackles without committing a single foul and covering a distance of 34km across the three games, Nagy ensured he won’t be at a club finishing in the bottom half of the Championship in 2021/22.

Had Hungary held on against Germany in that final group game and made their way to the last 16, Nagy would have been expected to hold tight his place in the heart of the Hungarian midfield and skyrocketed his reputation even further.

3) Kieffer Moore (Wales and Cardiff City)
Next on the list is the third and last to have featured for one of the home nations at Euro 2020. A teammate of Morrell’s, but far less of a surprise on this list, Moore may have only got his name on the scoresheet once – getting his head on the end of that swinging Morrell cross against Switzerland in Wales’ opening fixture to earn a crucial point in their venture to a second successive knockout stages across European Championships – but that’s not the whole story.

Everything about Moore seems right for Wales, having enjoyed a stellar debut season in the capital with Cardiff City, and his punishing style of play up front was on offer for the entire continent to see with a Premier League move surely beckoning now for the 6ft 5in forward who is so much more than just a target man. 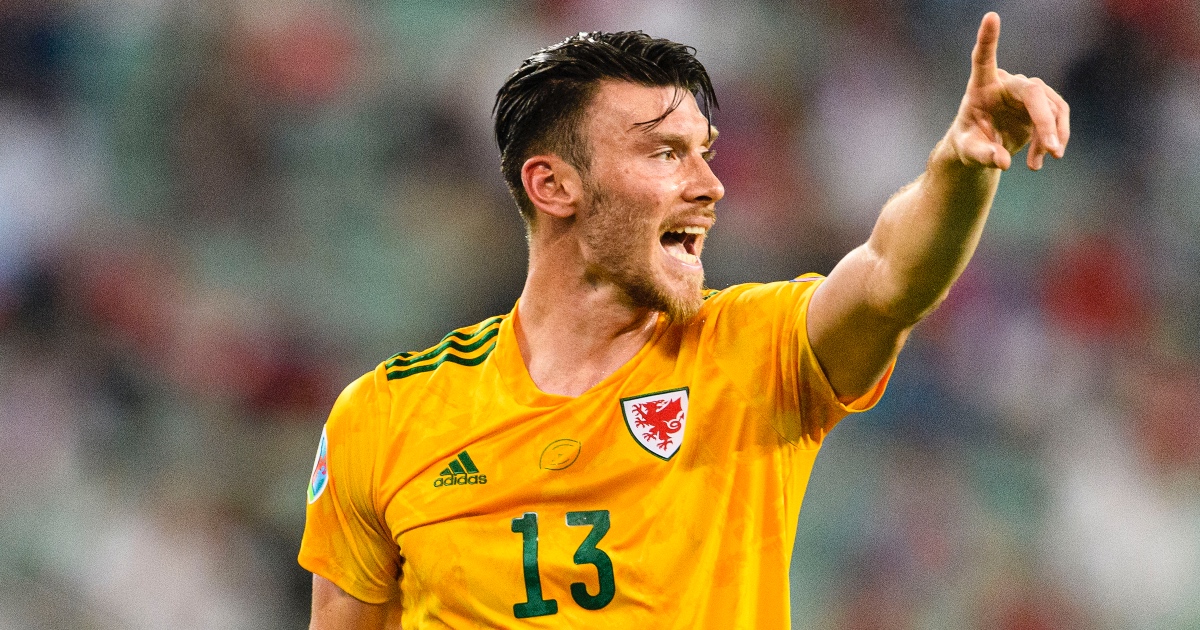 Bringing his world-class teammates into each game he played, Moore’s absence was felt keenly in the 1-0 defeat final group game against eventual champions Italy, while the 28-year-old was powerless to help Wales not be dominated by the rejuvenated Denmark in the last 16.

But in those first two games, Moore was everything the perfect all-round striker should be, winning fouls, playing in teammates  and providing a constant threat in front of goal.

2) Daniel Bachmann (Austria and Watford)
Not many people have actively enjoyed living through the coronavirus pandemic, but it is safe to say that Watford and Austria goalkeeper Daniel Bachmann has made the most of the last 18 months, going from a perennial back-up for club and country to taking the gloves off veteran shot-stopper and vlogger extraordinaire Ben Foster for promotion-winning Watford this season and starring between the sticks for his country in their oh-so-near run to the last eight of the European Championship.

Keeping one clean sheet and playing a part in two victories in a relatively straightforward group from which to qualify, the 26-year-old Bachmann looked every bit a top-flight goalkeeper in the last-16 tie with Italy, playing a crucial role as the unfancied Austrians took the eventual champions to extra-time.

Bachmann made eight saves while conceding five times in 390 minutes despite having a rather haphazard defence playing in front of him for much of the tournament. How’s that for perfect practise for the Watford job next season?

1) Tomas Kalas (Czech Republic and Bristol City)
Taking top spot for the Championship at this year’s tournament is the imperial and perennially impressive Czech centre-back Tomas Kalas, who starred at the back for his country as the Euro 2004 semi-finalists bowed out one stage earlier in this year’s edition of the tournament.

Like Nagy, Kalas did not come into the tournament in fine individual form nor from a good season with the bottom-half Robins, but returned to his very best this summer with a series of outstanding performances, not least in the last-16 defeat of Netherlands and that opening game victory over Scotland.

Overall, Kalas defied the season he and his club had endured, making four tackles, 25 clearances and recovering possession nearly 30 times and putting in eight blocks across 450 ever-present minutes, proving himself to be a colossus.

Like teammate and fellow star of the tournament Nagy, Kalas should not be wasting the prime of his career in the bottom half of English football’s second tier. If this tournament was not proof enough of the Czech man’s talents to Premier League outfits, then little else will be.