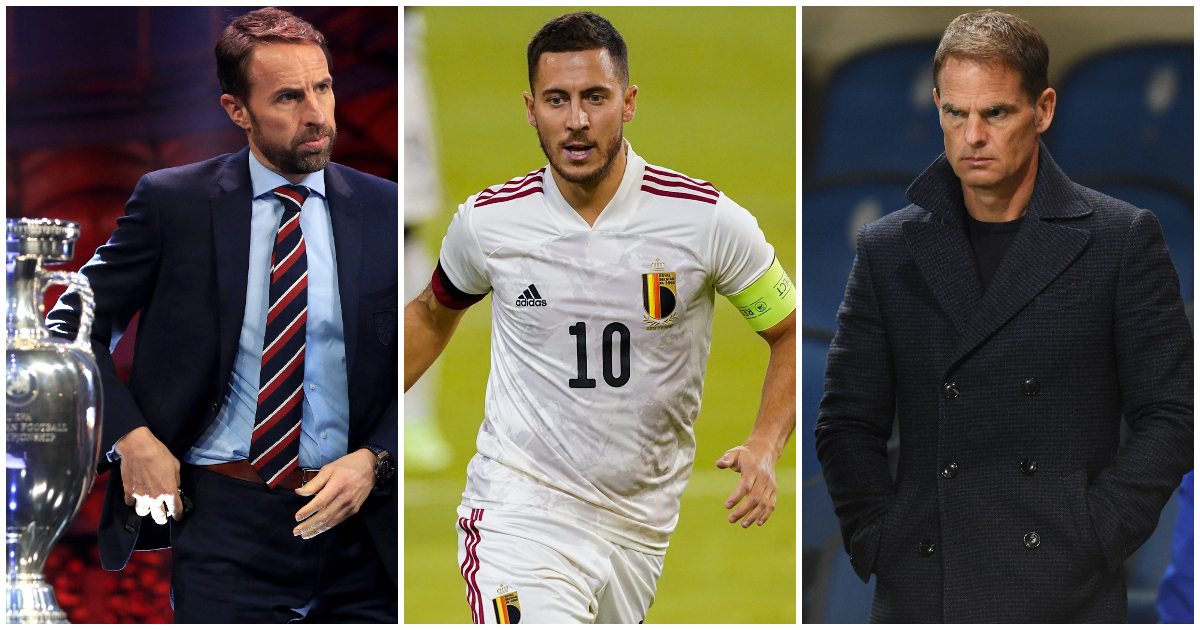 Game to watch – England v Croatia
Football’s journey home in the company of Gareth’s glory boys commences on Sunday against the same mob who denied free passage at the last major tournament.

That semi-final defeat still stings three years on but England certainly seem better placed than Croatia to replicate or better their achievements at the World Cup. Partially exorcising the ghosts of Moscow would certainly be a morale-boosting start to a tournament for which Southgate would doubtless have preferred better preparation.

On Sunday at Wembley, Southgate will be without his leading centre-back while question marks hang over the fitness of Jordan Henderson. But the manager claimed last week that perhaps he had only a single selection dilemma remaining. The insight his XI will offer into his approach to the tournament will be fascinating.

As will the impact of the players who have emerged since the World Cup. Most notably Jack Grealish, Mason Mount and Phil Foden. We can only hope that at least two of the three names are already inked on the team-sheet.

For Croatia, four of their starting XI from the World Cup final have retired – a goalkeeper, a defender, a midfielder and a centre-forward – and while they reached the Euros with relative ease their rebuild has not been without its nagging problems. Dejan Lovren claimed the younger players “lack respect for their elders” and coach Zlatko Dalac admitted to a “lack of chemistry” within his ranks.

That may have manifested itself in Croatia’s recent results and performances. They head to the Euros as the side in worst form of all 24 nations over the last 10 matches.

But with Luka Modric still pulling strings, Croatia are expected to qualify as one of the top two in the group. This opener could go a long way to deciding in what order.

Team to watch – Italy
In stark contrast to Croatia, the side in the best form of all the finalists get the tournament underway when the Azzurri host Turkey in Rome on Friday night.

Italy have responded to their embarrassing failure to even qualify for the last World Cup by allowing Roberto Mancini to project manage a rebuild which brought them to these finals with 10 wins from 10 qualifiers. Under Mancini, they have won 23 out of 32 matches, with the coach retaining the highest win rate (72 per cent) of any of his predecessors. The best any of the eight who came before Mancini this century was 59 per cent.

Also in contrast to Croatia, Mancini has instilled a winning team spirit through his ranks. “Our chemistry is kind of magic,” said skipper Giorgio Chiellini, who leads a squad with a blend of youth and experience.

That spirit will be tested properly for the first time should Italy’s form fail them in their opener against a Turkey side also billed as potential dark horses. A good start, especially on home soil, is crucial to a few weeks that will offer the most accurate gauge of how far Mancini really has brought Italy. But their form and consistency in reaching this point means that they must be considered as contenders.

Player to watch – Eden Hazard
The passing of time means Belgium’s rebuild is due soon but the No.1-ranked team in the world has one last shot at achieving immortality together.

Hazard’s form will be key in deciding whether the Red Devils fulfil their potential on the international stage. As one of eleven players in Roberto Martinez’s squad who will be in their 30s during the Euros, the Real Madrid star is running out of opportunities to elevate his status to the level he was thought to be capable of achieving.

After another wretched season with Real, Hazard certainly has a point to prove, especially to his doubters in Spain. Whether his fitness gives him the best opportunity to do that, we’ll see in the coming weeks.

Even as Belgium’s opener against Russia in St Petersburg on Saturday night approaches, Hazard’s health is a worry for Roberto Martinez. So, too, is that of Kevin De Bruyne and Axel Witsel, with the former almost certain to sit out the first game while his face pieces itself back together.

Hazard came off the bench for the last eight minutes of Belgium’s final warm-up friendly earlier this week, when Martinez declared arguably his biggest name as “medically fit”. The trip to Russia will offer some indication of whether Hazard is capable of getting up to speed in time for Belgium’s last hurrah.

Manager to watch – Frank De Boer
“The worst manager in the history of the Premier League,” as Jose Mourinho once helpfully pointed out, is already under pressure before Holland kick off their campaign at home against Ukraine on Sunday night.

De Boer would not have been involved had the European Championships taken place when they were scheduled to last summer. Then, Holland were under Ronald Koeman’s control and the mood around the Oranje was optimistic after previous failures to qualify for the World Cup in 2018 and Euros in 2016.

But Koeman couldn’t refuse the Barcelona job, opening a vacancy which many in Holland feel De Boer is ill-equipped for. Since leaving Ajax in 2016 after two runners-up finishes in the Eredivisie, De Boer’s record is less than stellar. He endured disastrous spells at Inter Milan and Crystal Palace and then flopped at Atalanta United.

The early signs of his Holland reign were not good either. After Koeman’s success, De Boer became the first coach to fail to win any of his first four games in charge. But the Dutch approach their opener having won three of their last four and De Boer is targeting the semi-finals, as was Koeman.

The former manager was counting on Virgil van Dijk, but while the centre-back is missing, at least De Boer can call upon Memphis Depay. And excuses will fall on deaf ears if Holland fail to get off to flier in Amsterdam.

Battle to watch – Aaron Ramsey v Granit Xhaka
Like Hazard, Ramsey is another 30-year-old who has had a couple of years to forget after a big move to a European big-hitter.

Injuries have restricted him to just 24 starts in two seasons at Juventus, which have also limited him to four starts in Wales’ last 24 matches. But Ramsey reckons he has got his body “back in a good place” just in time for their opener against Switzerland on Saturday in Baku.

There he will meet a former Arsenal team-mate who looks destined to follow him to Italy next season. Should Ramsey be employed by Robert Page in the No.10 role, he can expect to see a lot of Granit Xhaka.

Xhaka skippers the Swiss and despite playing at left-back for many of what appear to be his final days at the Emirates, he will be restored to his natural position in Vladimir Petkovic’s engine room. The battle between two familiar faces could shape this Group A clash, defeat in which will be hard to recover from, with Italy and Turkey laying in wait and all four nations having reasonable expectations of reaching the knockout stage.