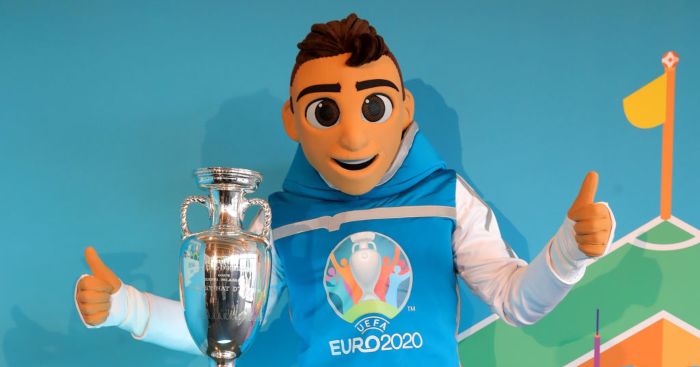 Permutations are fun, and a word almost exclusively saved for attempts to make sense of contrived qualification campaigns for major football championships.

It just so happens that one is coming towards its conclusion; you might have noticed. The field for Euro 2020 is taking shape and, with one week of games left, the scenarios are becoming rather more clear.

Every country now has either one or two games left to play in next month’s final international break. The top two teams from each of the ten groups will qualify automatically, with six of those 20 spots already taken. The remaining four places will then be decided by those darn Nations League-based play-offs. So let’s take a look who should start clearing their schedules for the continent’s ambitious 24-team party next year.

Who has already qualified?
Ukraine and Italy have booked their spots as guaranteed winners of Groups B and J respectively. Spain (Group F), Poland (G), Belgium and Russia (both I) will join them at Euro 2020, but whether they finish top or second in their groups is yet to be decided.

Who is likely to join them?
England, who need a point at home to Montenegro or away at Kosovo next month. They would even qualify if they lose at Wembley, provided Czech Republic’s game with Kosovo does not end in a draw.

Portugal will emerge from Group B, alongside winners Ukraine, with victories against Lithuania at home and Luxembourg away.

Netherlands and Germany both know that avoiding defeat in one of their two final games against Northern Ireland will be enough in Group C, as long as they win their other matches against Estonia and Belarus respectively.

Switzerland are third but in the best position of a complicated Group D. If they get at least four points against Georgia at home and Gibraltar away, they qualify.

Croatia must avoid defeat against Slovakia in their remaining game to make it out of Group E.

Austria need just a point at home to North Macedonia to qualify behind Poland from Group G.

The top spots in Group H will go to Turkey if they avoid defeat at home to Iceland – and even if they lose that game then beat Andorra – and France if they beat Moldova.

Finland will join Italy at the finals – their first-ever – with a win at home to Liechtenstein, or if Bosnia fail to beat Italy.

What about the other automatic spots?
Czech Republic qualify from Group A if they beat third-placed Kosovo next month. Kosovo must win that game, then draw at home to England in their last match, to take their place.

Serbia are relying on the unlikely event of Portugal failing to beat either Lithuania or Luxembourg. But if the reigning champions do falter, winning their games against Luxembourg and Ukraine would be enough for Serbia to emerge from Group B.

Northern Ireland will likely have to beat both Netherlands and Germany, with either of those teams dropping points in their other games. If they do beat both but Netherlands and Germany pick up expected wins against Estonia and Belarus respectively, Group C’s top three will all finish on 18 points. Head-to-head goal difference would then be used, which could still rule Northern Ireland – who have previously lost to both Germany and Netherlands by two goals each – out.

Sweden face the Faroe Islands in their last qualifier, so a draw against Romania would put them through, provided they then predictably beat one of Group F’s whipping boys. Romania take second spot by beating Sweden – a game they would have to win 1-0 or by two goals to be clear on head to head if they draw their final match in Spain. Winning both games takes them through. Norway are relying on a number of results, including the Faroe Islands beating Sweden, to have any hope.

North Macedonia must beat second-placed Austria, then win against Israel at home while Austria lose to Latvia, who have lost all eight of their games in Group G so far. Even if Austria draw against Latvia, North Macedonia would have to overcome the 4-1 defeat they suffered to Austria in June to go above them on a head-to-head basis. Slovenia are also relying on some mental results, such as winning away at Poland and Austria losing both their games.

Iceland face Turkey (a) and Moldova (h) and must win both games to stand a chance in Group H. Even then, either Turkey would have to draw or lose to Andorra, or France get no more than one point against Moldova and Albania, for Iceland to make it and knock England out in the last-16 again.

Both Bosnia and Herzegovina have to beat Italy and Liechtenstein, with Finland also picking up no more than one point against Liechtenstein and Greece, to join Italy from Group J.

What the f*** is happening in Group D?
Mick McCarthy, that’s what.

Ireland are top of Group D on head to head, level on points with Denmark on 12, with both one clear of Switzerland. Their only remaining qualifier is against Denmark next month, and they will qualify if they win that game and Switzerland do not draw either of their last two at home to Georgia and away at Gibraltar.

If Switzerland do draw one of those matches and win the other, Ireland beat Denmark and the Danes beat Gibraltar in their other game, all three countries will end on 15 points with matching head-to-head records after each beating one of the others once. In that event, Ireland would have to beat Denmark by two goals to join Switzerland, who would be guaranteed qualification.

Switzerland will probably make it due to their kinder games. Denmark are through with at least a draw against Gibraltar, followed by a point in Dublin. Ireland are very likely to qualify with a win over Denmark. Simple.

And Group E?!
Bloody Ireland and Wales, getting everyone confused.

Group E at least has one obvious leader. Croatia qualify if they at draw at home to Slovakia. But that leaves three countries fighting over one final place.

Slovakia are third but could be in the best position. They finish second by beating Croatia (h) and Azerbaijan (a) in their last two games. If they do not win against Croatia, a victory against Azerbaijan would still be enough if Wales and Hungary draw.

Wales have to win both of their final two games – away at Azerbaijan and at home to Hungary – to advance. They would then need Slovakia to fail to win at least one of their matches, and would qualify on the head-to-head rule if they finish level on points, courtesy of beating them 1-0 in March.

Hungary are second and will stay there if they win in Cardiff and Slovakia don’t beat both Croatia and Azerbaijan.

What about those dastardly play-offs?
Here is where that whack-off safety net just comes in and swallows the entire f***ing thing hole. It would take a substantial and presumably hilarious collapse for a repeat of, say, Netherlands failing to qualify for Euro 2016 and World Cup 2018, or Italy missing last year’s tournament in Russia, with these play-offs essentially designed as a second chance for them.

The play-offs will be contested by 16 teams across the four Nations League ‘paths’: from the best teams in Path A to the less illustrious in Path D. They are drawn from the Leagues A through D in last year’s Nations League. There will be two one-legged semi-finals in each section, followed by a final to decide who reaches Euro 2020. So each of the four ‘paths’ will produce one of the final tournament qualifiers.

This is where the glorious spectacle that was the UEFA Nations League matters again. The winners of those 16 groups assured themselves of at least a play-off place in the event that they finished outside the top two in their Euro 2020 qualification groups. For example, England would be guaranteed a play-off place if they failed to secure automatic qualification in Group A.

As is likely with England, many of the teams that guaranteed themselves a play-off place will not need it as they will qualify automatically. Their place therefore passes down the line to the next best-ranked Nations League team, and so on until each position is filled.

As it stands, the following teams will contest the play-offs. Their Nations League rank is in brackets:

Three teams are confirmed to be in the play-offs already in Scotland (Path C as both a host nation and a Nations League group winner), Georgia (Path D) and Belarus, whose seeding is to be decided, based on who else qualifies. Everything else could change over the course of the next two games.

Is football coming home?
Only if Jonjo Shelvey gets called up again.