Home All The News Euro 2020: Spinazzola discusses Wembley atmosphere ahead of final 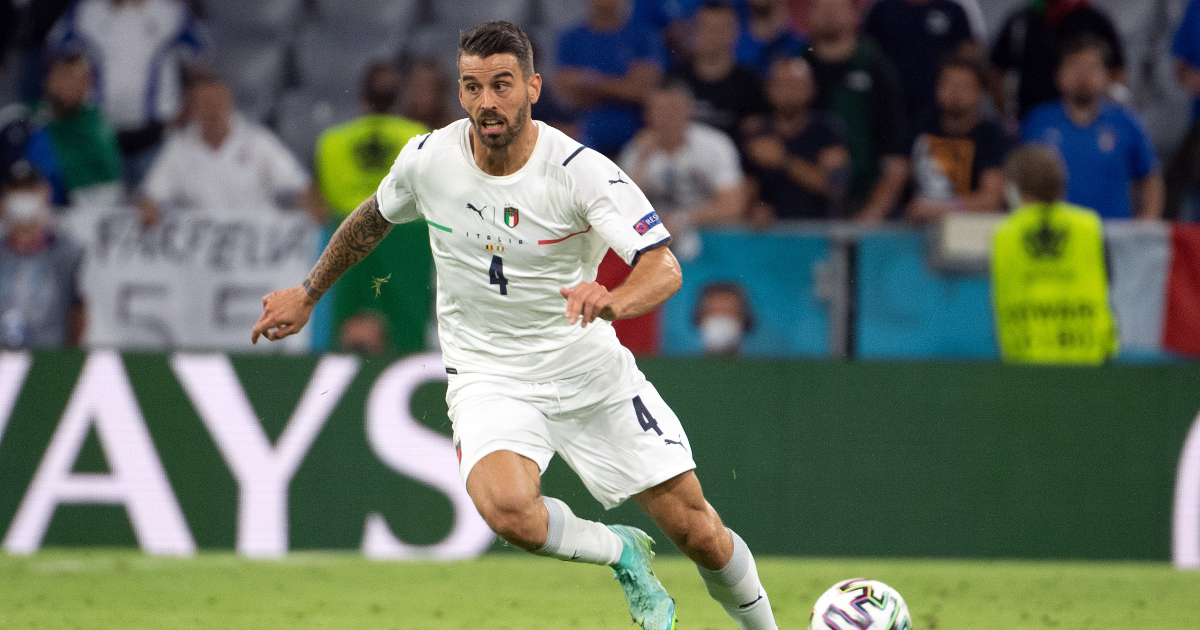 Injured Italy star Leonardo Spinazzola has discussed Sunday’s Euro 2020 final against England and confirms that he will be in attendance at Wembley for the match.

Spinazzola had been excellent for the Azzurri in the competition before injuring his Achilles in their quarter-final win over Belgium.

The Roma defender assisted one goal in four matches for Italy and received two Man of the Match awards in the Euros.

The 28-year-old will miss the majority of the 2021/22 season through injury after having surgery in Finland.

“I will be in London tomorrow with my teammates,” he told RAI 1.

“It’s immensely exciting, the lads have given me an incredible evening. We are a great team and we really feel like a family.”

England will have home advantage for the final with the match being played at Wembley.

However, Spinazzola has said that English jeers will spur his team on.

“It’s going to be a very difficult match, especially in their stadium, but hearing all those jeers will just fire us up even more.

“I will be in the stands, cheering them on with my crutches! If Italy were to win, I’d have to jump up and celebrate with everyone. My wife keeps telling me to be careful, so I hope to jump around on one leg.

“I’ll tell the lads that I am on the pitch with them.”

Italy reached the final after defeating Spain on penalties in the semi-finals.

It finished 1-1 after 120 minutes and Chelsea midfielder Jorginho scored the decisive penalty in the shoot-out.

England, on the other hand, defeated Denmark 2-1 in extra-time to advance into Sunday’s final.

Sunday will be the first time the men’s England side have played in a major final since winning the World Cup in 1966 – a gap of 55 years.

Gareth Southgate will follow in the footsteps of Sir Alf Ramsey by taking charge for such an occasion and the honour has not been lost on the 50-year-old.

“I guess for me it hasn’t really totally registered because I’m not reading those front pages and I’m not tuning into those bulletins,” he said when asked about bringing so much joy to the nation.

“But I’m noticing the journey to the stadium – the tooting of the horns, the flags on the cars, so I’m starting to get a feel of exactly what’s going on and I suppose in the back of my mind I know what’s going on but I’ve tried to put it to one side really and keep focused on what we’re doing.”