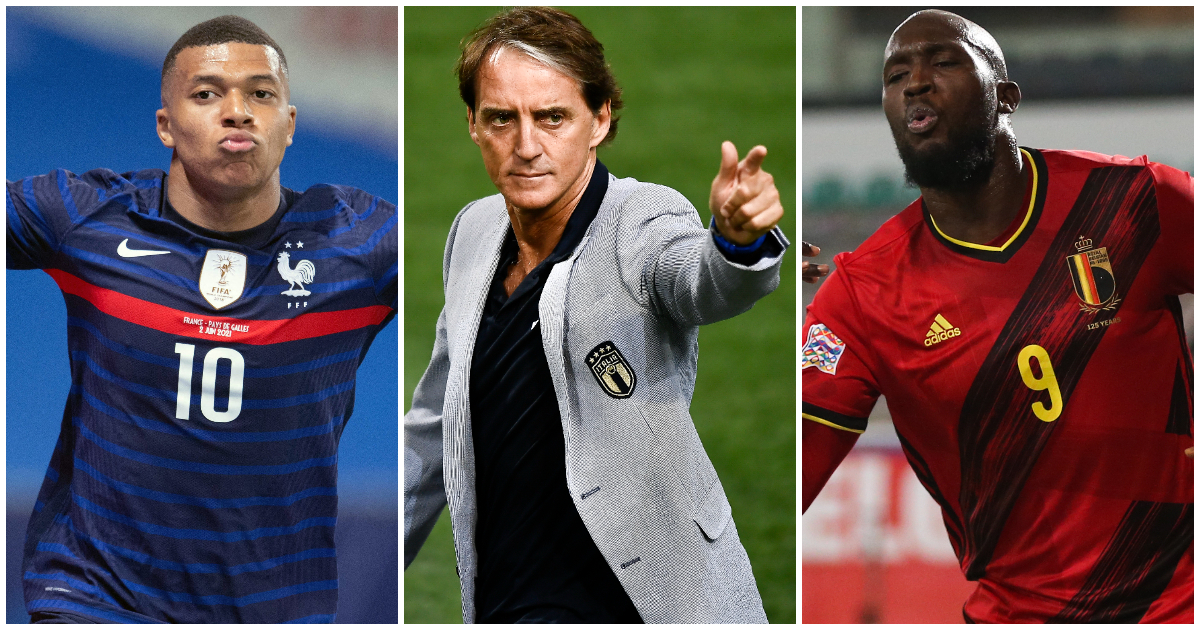 There’s no glory in pulling France out of the sweepstake hat. And not even England fans want England. Belgium, though…

Across Britain, workplaces and WhatsApp groups are holding their sweepstakes before the European Championship kicks off on Friday. How happy should you be with your selection?

24) Hungary
Cannon fodder in the diciest group of death. Like drawing United Kingdom in the Eurovision sweepstake.

23) Slovakia
The least popular pick in the whole of Ireland. Beyond England, obvs.

22) North Macedonia
You won’t see your stake money again but you’ve definitely Googled it and now you know all about their long-standing diplomatic dispute with Greece. And you can’t put a price on knowledge.

21) Sweden
Sweden can take care of business without Zlatan – they reached the finals without him, heck, they might be better off without him – but they won’t be as fun to watch. Might stretch your quid into the knockout phases.

All the squads heading to the European Championships

20) Scotland
The Scots are absolutely delighted to be there, and everyone else is delighted you picked them.

19) Russia
An intriguing mix of a not-fit-for-purpose defence, which may be why they tried five different formations in their recent three World Cup qualifiers, and a rough-and-ready forward line. Could be fun to watch through the group stages but you didn’t need to chuck in the pot for that.

18) Ukraine
Sheva should see you into the group stages, with Netherlands, Austria and North Macedonia for company in Group C. But seeing as they haven’t scored more than a single goal in any of their last dozen matches, that’s as far as they, and your money, will go.

17) Austria
Despite having some big names, even the Austrians are struggling to get too excited about a defensive side which could progress from a kind group. So you definitely shouldn’t.

16) Switzerland
Sticking admirably to the stereotype, the Swiss side is like a box of chocolates. Vladimir Petkovic’s men went seven without a win before winning six on the spin, culminating in the 7-0 humping of Liechtenstein on Friday.

In terms of your stake money, though, it would have been better spent on a box of Milk Tray.

15) Wales
There will be no repeat of the 2016 fairytale when Wales reached the semi-finals. There was talk of Gareth Bale retiring; Aaron Ramsey’s form doesn’t bear any resemblance to his performances even two years ago, and their manager will be watching from home. Still, Robert Page has a group of youngsters that are easy to cheer for if that’s all you’re looking for from a quid.

14) Czech Republic
The Czechs are the least discussed nation in Group D but they beat England in qualifying and they will be dangerous opponents for the Three Lions, Croatia and Scotland. A satisfying pick if you happen to be Irish or Welsh.

13) Finland
This year’s Iceland? We all need a feel-good underdog story and a seismic result or two in their first major tournament could see the minnows sneak second spot. All Finland, aren’t we.

No. And you’ll be left feeling dirty when they squeeze out Scotland for second place in Group D when Luka Modric’s last-minute corner bounces in off Grant Hanley’s arse.

11) Denmark
The Danes are solid but generally uninspiring. They’ve won all three of their World Cup qualifiers so far, keeping three clean sheets but without a top-quality striker, you’re chucking your quid away on a side that aren’t particularly fun to watch, unless Christian Eriksen conjures up some magic.

10) Turkey
Could be the dark horse of the European Championships. Turkey had the joint-best defensive record in qualifying and while they may be the youngest squad at the tournament, Burak Yilmaz, fed by Hakan Calhanoglu, provides goals and experience.

They should be a fun ride, and what more can you ask for from a quid?

9) Poland
With Robert Lewandowski on fire, supported by Arkadiusz Milik and Piotr Zielinski, Poland could overachieve. If your sweepstake pays out beyond the finalists, Lewi could get you your money back and enough to buy you a Twirl. 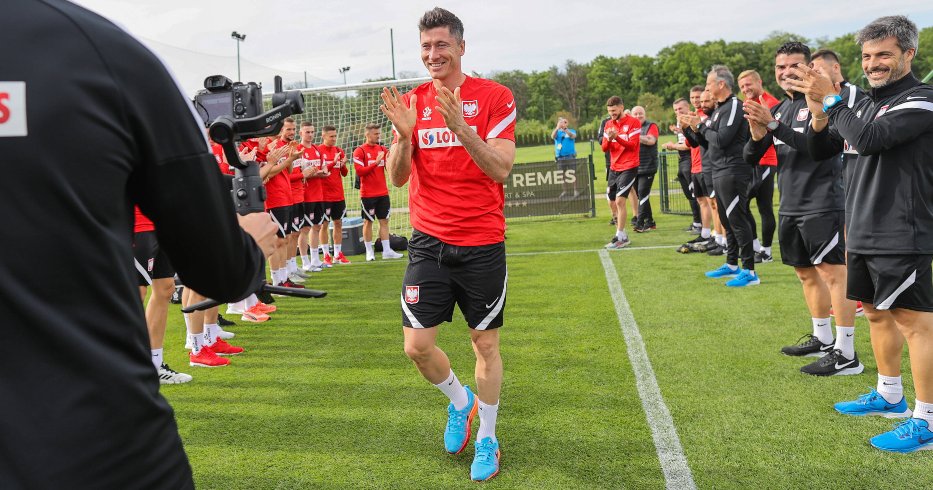 8) Netherlands
A year ago, when this tournament was supposed to be played, Netherlands would have been a more prized pick. But your office sweepstake cares f*** all for what ifs. A year later, the Oranje have a different coach and no Virgil van Dijk, but Memphis Depay is available now and Louis van Gaal’s mate needs to light up the Euros to enhance his options as a free agent.

7) Italy
You could be in business with Bobby Mancini. Though they have landed in a booby-trapped group, this looks to be the best Italy side for some years and they arrive in the finals with a perfect record in qualifying. If Giorgio Chiellini and Leonardo Bonucci, with their combined age of 427, can muster up one last hurrah together, then Mancini’s exciting midfield and attack could fire the Azzurri to glory and you to £23 you never had before.

6) England
No England fan really wants England in the sweepstake. It’s just another reason to be p*ssed off when they’re bundled out in the quarter-finals. And no fans of other nations want England because, well, it’s England, and how long have you got?

5) Portugal
An attractive pick – literally and metaphorically – but the holders have been placed in the group of death. If they can get past France and Germany, then you would be justified in fancying, Bruno, Cristiano and this squad to bring home your pot.

4) Spain
Luis Enrique needs not Sergio Ramos, Real Madrid or even a full squad of players. And Spain have a straightforward group to build up some momentum. If Enrique’s forwards can use that time to get their eye in, this bunch, with 16 international tournament debutants, could win Spain’s third European Championship title in four attempts.

Or they could crash and burn horribly. With Spain it tends to be one or the other.

3) Germany
Die Mannschaft may be seen as an underwhelming pick. They were wretched at the last World Cup and a slow start this time will see them packed off home even sooner – they have France and Portugal in their first two games. And anyone who saw them get humped 6-0 by Spain will be demanding a do-over.

But… never write off the Germans, and all that. They reached the finals by winning seven of their eight group matches and precisely none of us would be surprised to see them do something daft in Joachim Low’s swansong.

2) France
Congratulations! You’ve picked out the favourites. But you know it’s a hollow victory. Yes, the chances are you might be banking a few quid next month, but where’s the joy?

And do the favourites ever win? Well, yes, sometimes. The last three favourites (France, Spain, Germany) have all reached the final and, in Spain’s case, went on to triumph.

But there’ll be no glory in profiting from a Les Bleus triumph.

1) Belgium
The prized pick. The Red Devils are second favourites; they’re chasing their first ever major honour; they’re hard to dislike; and they’re bloody good. Unless Kevin de Bruyne can’t see through his mask; Eden Hazard went all-inclusive in Ibiza during his short break; and Romelu Lukaku has been bench-pressing Ford Mondeos like he did before the last major tournament.

Now you’re not feeling quite as smug, are you?