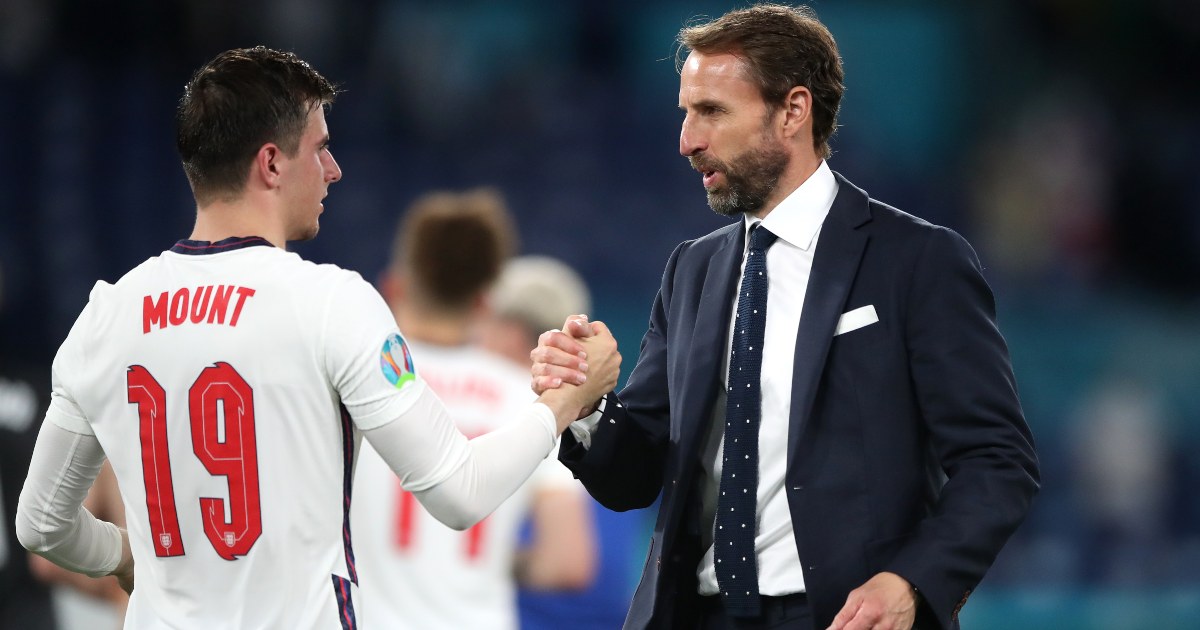 Gareth Southgate believes England have put themselves back on the football map and brought the nation together as the Three Lions stormed into the semi-finals of Euro 2020.

A Harry Kane brace and headers from Harry Maguire and Jordan Henderson sealed a comfortable 4-0 win over Ukraine in Rome.

They will now meet Denmark in the last four at Wembley on Wednesday evening, with either Italy or Spain waiting in a potential final under the arch four days later.

Southgate became just the second man to progress through to the last four in both the World Cup and European Championship, joining 1966 World Cup winner Sir Alf Ramsey in the achievement.

“When I look at the people who are in that list of England managers, Sir Bobby (Robson) and Sir Alf (Ramsey), so many of the managers who have gone before, it is an absolute honour to be in that sort of company,” he said.

“I know how high I hold them in esteem and it is lovely to be able to get the results that are putting our country back on the football map again, really.

“Teams have to go on a bit of a journey and they have to go through some pain sometimes to be able to progress.

“We’ve had some great nights over the last four years, but we’ve also had some painful nights and we’ve learned from all of those experiences and that’s definitely helped us prepare for another tournament and prepare for the individual games.

“We didn’t want to take a backward step, we wanted to really grasp the opportunity rather than hope that we might win or, you know, let fate have a chance to play its part. And I thought the players were decisive and ruthless all night.”

England will be back on home soil for the semi-final, having played all three of their group games and their last-16 victory over Germany at Wembley.

The win against Germany, in particular, had the nation backing Southgate and his players to deliver and the England boss was pleased to do his bit.

“I’m conscious it is not just our country that has been through so much difficulty,” he added.

“But we’ve also had a lot of division for a little while and I know that these England nights are nights that bring everybody together.

“And so to give them so much enjoyment, over the last two matches in particular but I think the ones before as well, and to have them with hope looking forward now is part of the privilege of being in the job.”

Denmark took four points from England in their two Nations League meetings last year and Southgate knows his players will need to remain at their best to seal a place in the final – especially against a side united following Christian Eriksen’s health scare in their opening game of the tournament.

“That’s the challenge for us now,” he replied when asked about kicking on and making the final.

“I knew what a good side Denmark were before the games in the autumn and they’ve proved that again in this tournament.

“They’re obviously riding a wave of emotion after what happened with Christian as well and that’s understandable.

“We have got more experience as a group of those sorts of games and individually the players have experienced those games which is definitely helpful, but we’ve got to do that now on Wednesday night.”

Ukraine coach Andriy Shevchenko refused to speak about his future in the role – but did back England to make it to the final having been impressed with their performance.

“I think that England played pragmatically today,” he said.

“They used our mistakes, they played very well at a top level, they controlled the game and there were episodes where we made mistakes and we couldn’t really do anything to recover.

“Sometimes we had good opportunities but we didn’t actually use them – but this England team is really strong both individually and as a team.

“They have a great coach, they have reached the semi-finals and I can see that this team can play in the final.”