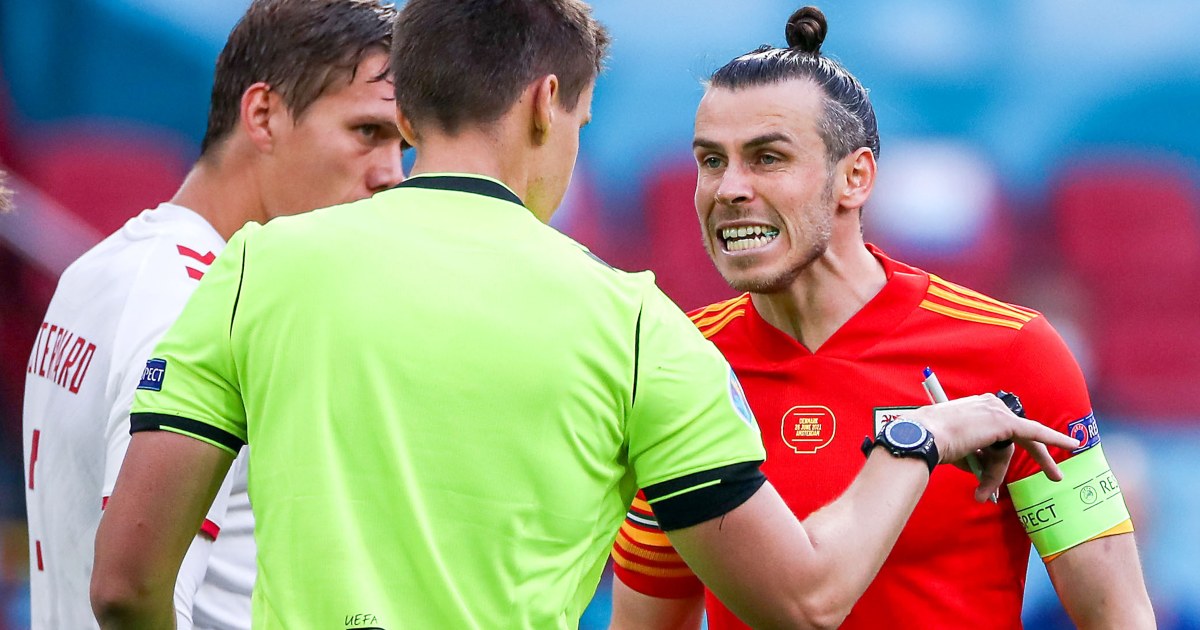 Wales captain Gareth Bale admitted a sense of frustration at what might have been after they were knocked out of Euro 2020 following a 4-0 defeat by Denmark in Amsterdam.

Kasper Dolberg struck twice before late goals from Joakim Maehle and Martin Braithwaite capped an excellent display by the Danes at the Johan Cruyff Arena.

Wales’ misery was compounded by the dismissal of substitute Harry Wilson for felling Maehle in the 90th minute.

It had been a decent opening by Robert Page’s much-travelled squad, but Bale offered no excuses.

“It was not how we wanted the game to go. We started very well for the first 25 minutes, but conceded a goal and the game changed a little bit,” Bale said on BBC One.

“We came out second half trying to play and unfortunately made a mistake to concede the (second) goal which I guess killed the momentum on our side.

“Obviously to finish the game how we did is disappointing. The boys are frustrated and angry, it is understandable, and I would rather us go out like that, kicking and screaming than laying off and doing nothing.”

Bale felt the second Denmark goal should not have stood for a foul on striker Kieffer Moore.

“I think the referee is being influenced by the crowd here, but it is what it is,” the Real Madrid forward said. “There is no point in making excuses now, it is done. It is disappointing, that is all I can say.”

Bale accepted Wales had “missed an opportunity” to reach the last eight.

“One thing we can’t fault is the effort the boys have shown,” he said. “That is the minimum requirement for this group and I am proud of them all still.”

In the build-up to the tournament, there has been speculation Bale, 31, may be contemplating retirement.

Bale is Wales’ record scorer with 33 goals and has won 96 caps.

Asked if this would be his last game for Wales, Bale rolled his eyes and walked out of the post-match pitch-side interview.

Boss Page defended Bale’s reaction to being questioned over his future by saying emotions were raw.

Page said at his press conference: “He is feeling like any other player in the changing room. Disappointed.

“Why would he want to answer a question about his future? It’s an insensitive question. What’s the point of asking that?

“He’s just come off the pitch after a defeat and emotions are raw.

“He’s done the right thing by walking away and gathering his thoughts. It’s about the group, what we do now moving forward and how we bounce back from that.”