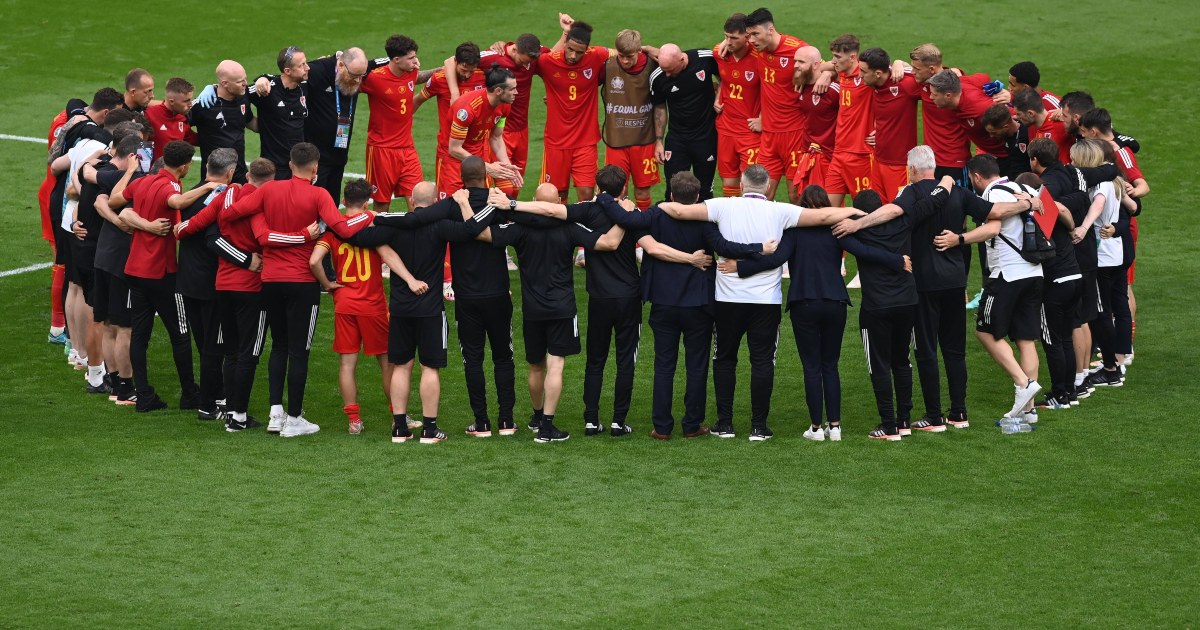 Wales make their way home after a dispiriting 4-0 defeat to Denmark in the Euro 2020 last 16. Here’s how PA Sport rated Robert Page’s players…

Danny Ward: Given little chance for any of the goals, but made important first-half saves from Kasper Dolberg and Joakim Maehle and Andreas Cornelius at the death to spare his side further damage. 6

Connor Roberts: Made an encouraging start as an attacking outlet, but increasingly found himself under pressure and had to be replaced before the break after over-stretching and appearing to suffer a groin injury. 5

Joe Rodon: Booked for an early foul on Dolberg and could not get anywhere near Martin Braithwaite in the build-up to the second goal. 4

Chris Mepham: Endured an uncertain evening in Amsterdam as he and his defensive colleagues came under intense pressure, and could do nothing to prevent Dolberg from opening the scoring. 4

Ben Davies: Denmark repeatedly exploited the space behind the full-back with Jens Stryger and Mikkel Damsgaard pinning him back. 5

Joe Morrell: Worked hard in an attempt to disrupt the Danes in the middle of the park, but largely fought a losing battle. 5

Joe Allen: Uncharacteristically careless with what little of the ball he saw for the first hour, but became increasingly influential as time wore on. 5

Daniel James: Initially a threat down the left, but was then handled well by Denmark as they cut off the supply line. 5

Aaron Ramsey: Another who prospered in the opening stages, but was effectively shut down by Andreas Christensen’s move out of the back three into midfield. 5

Gareth Bale: Blasted an early shot just wide after cutting inside from the right, but was starved of meaningful possession thereafter, although his long throw became one of Wales’ more potent weapons late on. 5

Kieffer Moore: Painfully isolated for much of the game and picked up a harsh booking which would have ruled him out of the quarter-final after catching defender Simon Kjaer. 5

Neco Williams (for Roberts, 40 mins): Handed Dolberg his second of the game with a horrible attempted clearance, but tried to redeem himself with an inviting cross for Bale to head wide. 4

Harry Wilson (for Morrell, 60 mins): Struggled to impose himself as Wales fought desperately for a way back into the game and was harshly sent off for a late foul on Maehle. 4

Tyler Roberts (for Moore, 78 mins): Given little chance make his mark with the Danes rampant in the closing stages. 5

David Brooks (for James, 78 mins): Booked for a foul on Cornelius as he attempted to prevent a third goal, but was otherwise unable to make an impression. 5