Home Topical Top Ten Euro 2020 week one: The good, the bad and the ugly so far 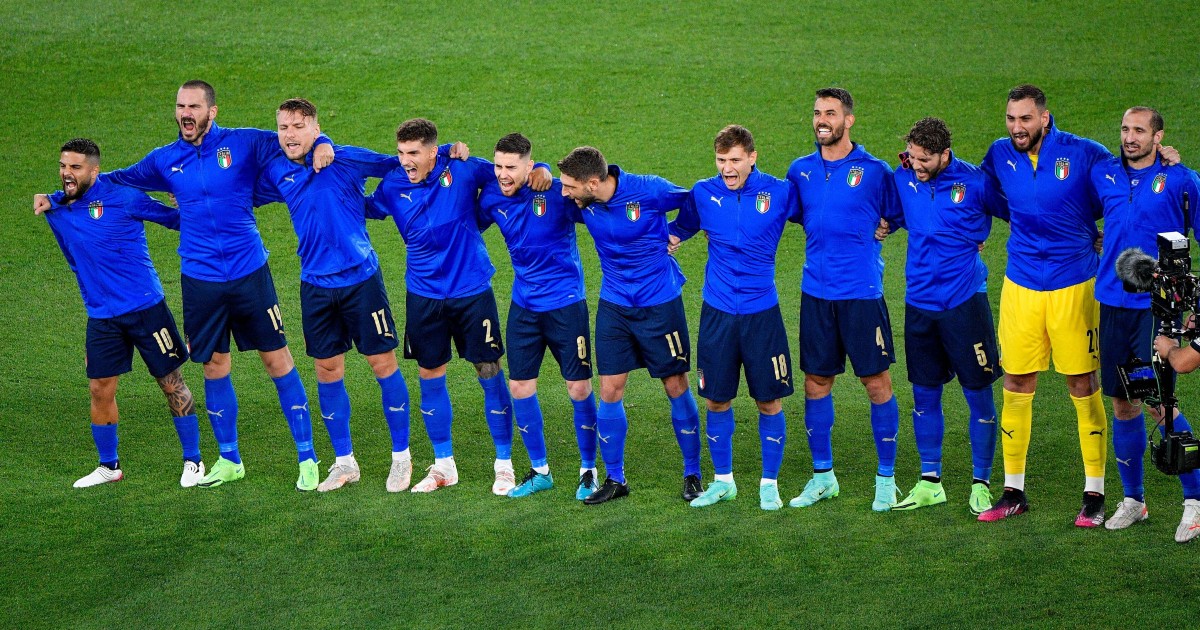 Week one of Euro 2020 is in the can and it has been a fine tournament so far. The good, the bad, the ugly and everything in between is here.

1) Italian goal fests are fun
Italy used to be flat Prosecco but now they are fizzing. They look like a team in the way they play and the way they celebrate. It looks like he has had the same photocard for the last ten years but Roberto Mancini has reinvented himself and in the process, reinvented the Azzurri. It’s 29 matches unbeaten now with the national side. They may have a defensive Ancien Regime at the back, but they could be going places. Okay, Rome is their backyard and we don’t know if this version will burst like PSG plumbing under pressure, but it’s really fun watching them fly at the opposition.

2) Christian Eriksen
There was the moment itself. All seemed innocuous. Then we realised it wasn’t about the football. Cue cutbacks to the BBC studio asking for on-the-spot reactions to what we didn’t know. Micah Richards stepped up to the plate admirably by suggesting it was not good to make assumptions while Alex Scott and Cesc Fabregas were more emotional. The cold, hard facts were that football didn’t matter – until UEFA told Denmark to get back on the pitch at some point later when Christian had been stabilised. Kasper Schmeichel was a ghost in goal for Finland’s only shot on target. In Eriksen’s hours of need, UEFA came down hard on his team. Platitudes are one thing but schedules are king.

3) Holland and Ukraine provide a right royal Sunday evening treat
Two expressionless managers, Andriy Shevchenko and Frank de Boer, presided over a right royal firecracker of a game on Sunday evening. All of the elements were there: Holland were eccentric, electric and then eerily awful all in equal measure. Sounds about right for a team that has always been capable of a faulty temperature gauge. Ukraine’s keeper was superb in the first half, but then went to pieces at all the wrong moments in the second. It was a match that needed no perfect tuning. The chaos of Ukraine’s comeback was unexpected, as was their subsequent inability to see it through. Just perfect viewing for a weekend game where you are not really concentrating anyway.

4) Crouchy’s punt at late night revelry
It’s a major tournament, so obviously we have to break away from the seriousnessness of it all. After saving our summer (ahem), Peter Crouch is now hosting the BBC’s version of a James Corden-style football funny. It’s all a bit like a visual Radio 5 blokey podcast with some weird musical interludes and Maya Jama. It is what it is. At least Crouch has access to the footballers themselves while employing his nudge nudge wink wink repartee. He does it well. He does it very well but you might not be able to stomach the whole thing after the inevitable England loss.

5) England did alrighty then
England look like a decent football team. They stayed patient. They made Croatia look slow. They looked fast but conserved energy for the selected counter-pressing in searing heat. Jordan Pickford didn’t even do anything remotely animated until the 95th minute when a shot crashed well over the bar. It was everything an opening performance should be against dangerous opponents. England are not as interesting as Erling Haaland partying in Mykonos with bikini-clad women (thanks, Daily Mail) but steady steps will do for now. And there was nothing but steady steps on Friday night.

6) Don’t play it again, Sam
It’s not that Clive Tyldesley is bitter (he’s got nothing against Sam Matterface – he’s just “a different type of commentator”) but Clive did find his shooting boots pretty well with Ally McCoist during the Holland v Ukraine game. Then he tried way too hard for the France v Germany mainstream shebang. Meanwhile, Sam is still trying his damnedest to find the right tone, like your new youthful bank manager doing bantz in a Halifax advert. But at the moment the substance isn’t there (unless you were listening to Emma Hayes instead).

Meanwhile, on the other side of the coin, Jonathan Pearce reined it in pretty well when trauma was afoot during the Denmark v Finland.

7) Scotland bravehearts flounder
Oh bonny Scotland didn’t come to their own party against the Czechs. When the moment came, even Andy Robertson played it safe by sidefooting rather than blasting with his sabre-rattler of a left foot. As a trailer for the England match, it wasn’t a good look: a goal from the halfway line, several missed opportunities and a soft header conceded just before half-time. And a goalkeeper that excelled but still brought back memories of Alan Rough haplessness as he fell into the net. This was Scotland in all its glorious failure at major tournaments. In 1998, the last time they graced us with their presence they almost drew with Brazil. In 2021, it looks like they have stumbled into somebody’s house party. Leaving might be awkward.

8) Spain’s death by possession
It may not be tika taka but Spain’s performance against Sweden in Seville was a grossly ridiculous waste of statistics. Danny Murphy confidently predicted that the Scandinavians wouldn’t be able to hold out with the hosts hogging 80 per cent of the ball. No doubt, he forgot that Liverpool once lost 2-0 to Burnley with…. ahem… 80 per cent of the ball. Spain enjoyed a final figure of 85% possession and 917 passes – the highest figures in a European Championship match since time began – or 1980 to be precise. Do you want to see death by possession and Alvaro Morata doing that missed chance thing he perfected at Chelsea? Be my guest. Luis Enrique needs a tailor. And some socks.

9) Harry Kane: a man apart?
Amid the calm reaction surrounding England’s decent start to the tournament, one man stood out: Harry Kane. He wasn’t quite there. In fact, he looked like he had picked up from the tired limbs he shunted around the pitch against Croatia three years before. He only has two goals in his last 11 England starts. Maybe it’s nothing. He’s got a lot on his mind: Eriksen, Tottenham’s manager chase and potentially fresh fields. There is no crisis here. Let’s call it one small step for the long road ahead. Best to peak at the right time.

10) Cristiano does not like product placement
Surrounded by an array of sponsors and carefully placed bottles of the wrong sort, Cristiano decided to take ultimate action. A supreme being of athleticism cannot just sit there and let the kids down. Anti-obesity campaigners congratulated him with carefully prepared statements about cynical marketing. He removed the offending fizzy drinks as if they were silver and bronze medallists at the Ballon d’Or. Behind him, of course.