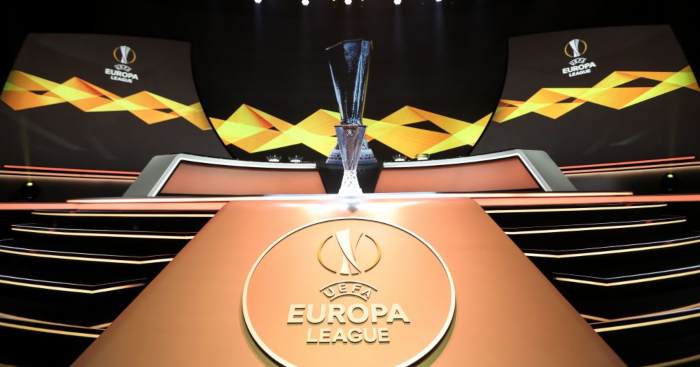 Manchester United face a couple of long-distance midweek trips after being drawn in a Europa League group with Astana of Kazakhstan, Partizan Belgrade and AZ Alkmaar.

Ole Gunnar Solskjaer’s team are set to play in Group L and their away clash with Astana will see United make a 6,000 mile round trip to Nur-Sultan.

Frankfurt reached the semi-finals last term before being knocked out by Chelsea.

Wolves have been put in a group with Besiktas, Braga and Slovan Bratislava.

Scottish Champions Celtic will play Lazio, Rennes and Cluj – the Romanian club who knocked them out of Champions League qualifying.

Rangers, meanwhile, were placed with Porto, Young Boys and Feyenoord.

Celtic manager Neil Lennon welcomed the chance to avenge their Champions League defeat by Cluj, who won 4-3 at Celtic Park before losing to Slavia Prague in the play-offs.

Celtic have also faced Rennes already this season in a goalless friendly at Parkhead, while Lennon is looking forward to facing Lazio.

“It’s a great draw,” Lennon said. “There’s a couple of glamour games there and obviously a chance to maybe exact some sort of retribution to Cluj as well.”

Lennon added: “Rennes are a good side, they won the cup last season, which is no mean feat beating PSG in the final. They have some very talented, quick players.

“And of course Lazio is a great draw, very glamorous and a trip to Rome as well. That’s something everyone here will look forward to.”

Here’s the draw in full…