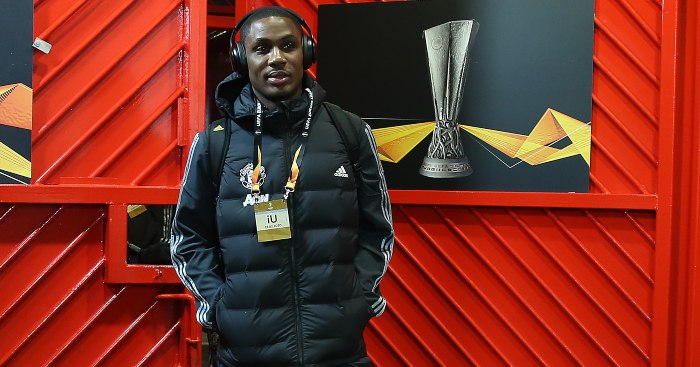 Man Utd will face Copenhagen or Istanbul Basaksehir in the Europa League quarter-finals.

The draw for next month’s eight-team mini-tournament in Germany was made at an empty auditorium in Nyon, Switzerland.

Ole Gunnar Solskjaer’s side are all but through having won 5-0 at LASK in the first leg of their last-16 tie and United will face Copenhagen or Istanbul Basaksehir in the single-leg quarter-finals.

MEDIAWATCH: Why are Solskjaer and Pogba both ‘warning’ Greenwood?

Wolves would play Roma or Sevilla in the quarter-finals if they overcome Olympiacos, who they drew 1-1 with in the first leg Greece.

Rangers head to Bayer Leverkusen trailing 3-1 from the first leg in Germany and will be rewarded with a match against Inter Milan or Getafe if they manage an almighty comeback.

Shakhtar Donetsk or Wolfsburg against Basel or Frankfurt is the other quarter-final.

United and Wolves could face one another in an all-English semi-final should both teams progress that far, while Rangers’ last-four opponents would be Basel, Frankfurt, Shakhtar or Wolfsburg.