Home All The News Europa League round-up: Roma fight back to beat Ajax 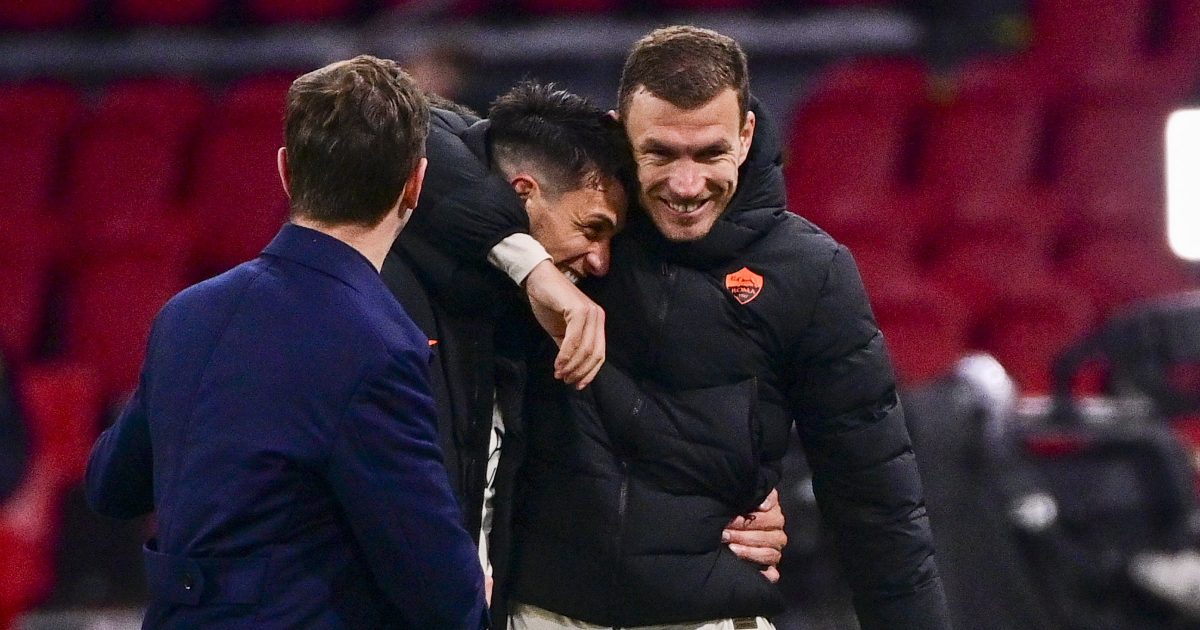 The away teams fared well in the Europa League on Thursday night as Man United, Roma and Villarreal all picked up victories.

Marcus Rashford put 2017 winners United ahead in the 31st minute against Granada in Spain before Bruno Fernandes secured a 2-0 victory with a late penalty.

Roma also earned a first-leg lead on their travels after fighting back to defeat Ajax 2-1 in Amsterdam, with the winners of that tie facing United or Granada in the semi-finals.

Ajax took a 39th-minute lead through Davy Klaassen but spurned a great chance to double their advantage when captain Dusan Tadic saw his 53rd-minute penalty saved by Pau Lopez.

That proved a turning point at the Johan Cruyff ArenA as Roma equalised four minutes later through Lorenzo Pellegrini’s free-kick before Roger Ibanez – who fouled Tadic to concede the penalty – snatched a superb 87th-minute winner.

Villarreal were also celebrating a first-leg advantage from their trip to Croatia after beating Dinamo Zagreb 1-0 thanks to Gerard Moreno’s penalty on the stroke of half-time.

The only away team not to win on Thursday night was Slavia Prague, but they still managed to earn a creditable 1-1 draw against Arsenal at the Emirates Stadium.

Arsenal substitute Nicolas Pepe looked to have snatched victory for the Gunners when he chipped home with four minutes to go, but Slavia responded through Tomas Holes’ header deep into stoppage time to snatch a draw.