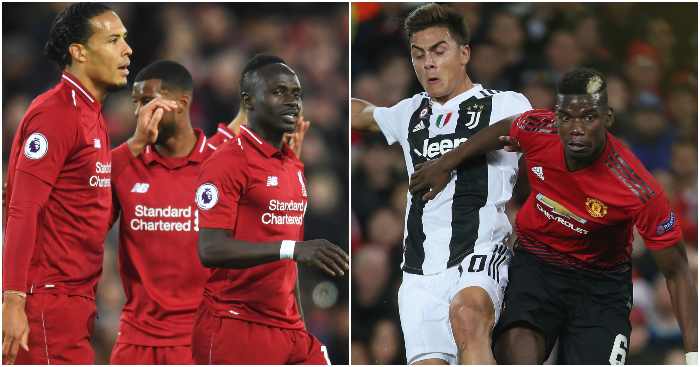 This is a net spend top 12 so there is no sign of Chelsea (25th), Liverpool (29th) or Tottenham (30th), which makes the success of the Reds even more ridiculous.

All the numbers are from transfermarkt, so there may be discrepancies in currency conversion but this list provides a picture.

12) Real Madrid. Net spend: £195.75m
Real Madrid have actually spent less than Chelsea over the last five years but their net spend dwarves the west Londoners’ because they invested rather a lot of money to appease Zinedine Zidane last summer, but only shed a couple of first-teamers. That has left Real with a whole raft of players who could be sold to raise funds and lower the wage bill. A cull really should be incoming with Gareth Bale, James Rodriguez, Marcelo and Isco among those with 11 or fewer La Liga starts this season.

11) Wolves. Net spend: £205.85m
Wolves have spent over £200m since promotion – with Patrick Cutrone counting as the one expensive mistake – but their only £10m-plus sales over the last five years have been Benik Afobe, Benik Afobe and Ivan Cavaleiro. That’s not really a long-term plan.

Moutinho for £5m was the bargain of last season. We love him. The benefit is mutual though – the likes of Neves, Jota have seen their value rocket having been at Wolves and they like being here. All players move on eventually – could be a five fold transfer increase for Neves.

10) Brighton. Net spend: £214.86m
And that, ladies and gentlemen, is why Brighton dispensed with Chris Hughton despite his efforts in leading the Seagulls to promotion and then survival; Brighton want some bang for their buck. But they really might need to sell some players at some juncture to be a viable business as they have not sold a single player for more than £3.5m over the last five years. The test will come if/when somebody offers £50m for Lewis Dunk.

9) Everton. Net spend: £225.42m
The danger of lurching from manager to manager and philosophy to philosophy is laid bare by Everton actually spending more than Arsenal (and oodles more than Tottenham) over five years of under-achievement. Fourteen players have arrived for over £20m in five years; how many of them can we file under ‘success’? And how many have a high re-sale value? The bad news is that Ancelotti will want to spend again and his targets are likely to be expensive…

8) Juventus. Net spend: £258.79m
Only Monaco have sold players for more money since 2015 than Juventus, with eight players leaving the club for at least £20m in a spell which has seen them dominate Italian football. Money has of course been spent (over £900m) – most notably on Cristiano Ronaldo but also on Paulo Dybala, Gonzalo Higuain and Matthijs de Ligt – but there are high volumes of players going in and out of the club. And it clearly works. Or works just shy of European glory anyway. Oh and they will never get that Ronaldo money back…

7) Arsenal. Net spend: £267.88m
They have sold players for around half Liverpool’s transfer income over the last five years. In this spell, they have lost Serge Gnabry, Jack Wilshere, Wojciech Szczesny and Aaron Ramsey for pennies at best, with brief moments of professionalism to get decent money for Alex Oxlade-Chamberlain, Theo Walcott, Olivier Giroud and Alex Iwobi. Meanwhile, nine players have arrived for £20m or more and not a single one of those players is worth considerably more than Arsenal spent on them. That their most valuable asset is a 30-plus player with a year left on his contract, that is damning. When you’re not playing Champions League football, those figures are unsustainable in the long term.

6) Inter Milan. Net spend: £279.7m
No real sales last summer – and a £140m splurge on Romelu Lukaku et al. – saw Inter fly up this table in pursuit of a first title in ten years under Antonio Conte. They did at least offload Gabriel Barbosa in January, but even that sale came at a considerable loss. But it did at least pretty much balance out the purchase of Christian Eriksen.

5) Barcelona. Net spend: £319.32m
Only six clubs across Europe have received more transfer income than selling club Barcelona over the last five years; that’s the Neymar effect. They have spent considerable amounts too – over £100m each on Philippe Coutinho, Ousmane Dembele and Antoine Griezmann – so there is an awful lot of money flowing through that club. Including £16m on Martin bloody Braithwaite, fresh from a Sally Wainwright pot-boiler.

4) AC Milan. Net spend: £350.05m
Even Arsenal are better at recouping money from sales than AC Milan, whose horrendous mismanagement means they have bought badly and sold worse. There has been a change of focus – £90m was spent purely on young players last summer – but there is still an awful lot of expensive deadwood in a squad that remains on the outside of the Champions League cash cow. It takes a particular kind of club to make a loss on Krzysztof Piatek.

Barcelona, Man United and AC Milan are examples of great clubs who’ve been run by clowns, criminals and money men who know more about balance sheets than football over +- the last decade. Barça just happen to have the greatest footballer of all time plastering over the cracks.

3) Paris Saint-Germain. Net spend: £368.64m
After spending all of the money on Neymar and Kylian Mbappe, there has been relative parsimony at PSG, who actually made a transfer profit this season by selling a whole raft of squad players and spending moderate amounts on Abdou Diallo and Idrissa Gueye. Their big-name signing – Mauro Icardi – actually arrived on loan, though he will cost £60m this summer if they choose to make the switch permanent.

2) Manchester United. Net spend: £484.88m
Wow. That is quite some era of underachievement. To only receive £20m or more for three players – Morgan Schneiderlin, Angel di Maria and Romelu Lukaku – in five years is almost miraculous. Meanwhile, they have taken big hits on Shinji Kagawa, Di Maria himself, Nani, Robin van Persie, Memphis Depay and Ander Herrera and bought a grand total of 13 players for £20m or more. They’re basically like Everton but with more money. Not a compliment.

1) Manchester City. Net spend: £600.63m
Now that is a lot of money. Despite only having a record transfer of £62m, City have outspent every other European club bar Juventus over the last five years because they have bought a massive 16 players for over £20m. Like United, they have struggled to sell for big money – only three players have gone for over £20m in five years (Alvaro Negredo, Kelechi Iheanacho and Danilo) – but they have won two Premier League titles.