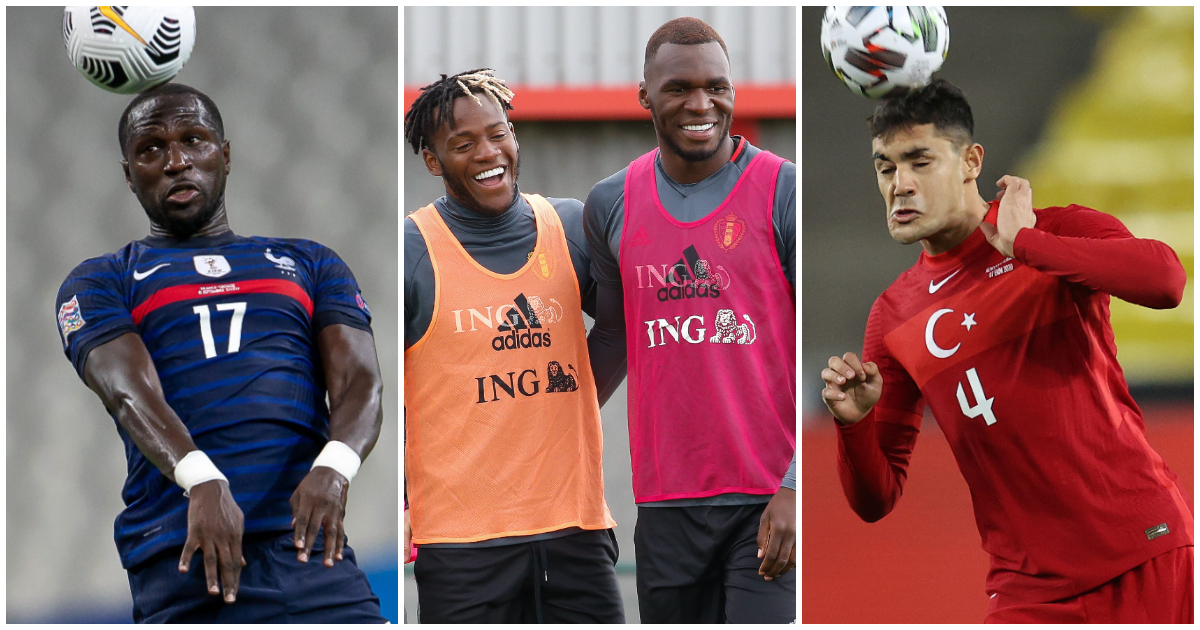 More than half of this worst European Championship XI comes from the top five. Man Utd and Leicester have representatives, with a pair from Palace too…

The Premier League will be represented at the European Championship by some of its biggest stars. And a few lads who have hardly set the league alight.

Here’s an XI of the worst Premier League performers to be playing in the Euros this summer. Home Nations players are exempt…

Marek Rodak (Fulham)
Alphonse Areola may have taken his place at Fulham on the way to becoming the club’s player of the season but at least Rodak can say he is going to the Euros.

But he’ll still be sat on the bench for Slovakia while Martin Dubravka faces a likely onslaught.

Emile Krafth (Newcastle United)
In fairness to the Newcastle right-back, he got better as the Premier League season wore on. He started only four times in the Toon’s first 23 matches but 10 starts in their last 15 have put him in contention to start Sweden’s opener against Spain.

Janne Anderson and Steve Bruce may be sold on Krafth but Newcastle fans will need more convincing.

He’s not particularly fast; he’s been outmuscled on numerous occasions to United’s cost; he’s no Franz Beckenbauer in possession; and he’s hardly a leader in Ole Gunnar Solksjaer’s back four. Lindelof may be the best partner United can offer Harry Maguire, but that needs to be rectified this summer, regardless of the defender’s performances for Sweden.

Ozan Kabak (Liverpool)
The Turkey defender joined Liverpool on deadline day in January after they looked way down their list of possible targets. Half a season later, having lost his place to Nat Phillips and Rhys Williams, the Reds aren’t interested in making it a permanent arrangement. It still wasn’t the worst deal Liverpool did for a centre-back on deadline day…

Kabak is likely to start on the bench, with Caglar Soyuncu and Martin Demiral forming a solid-looking partnership for Turkey.

Emerson (Chelsea)
The Chelsea defender is a winger trapped in a left-back’s body, which Thomas Tuchel appears to recognise since the manager hasn’t picked him to play a Premier League game since he arrived.

Two appearances all season, both under Frank Lampard, don’t appear to have put off Inter and Roma. A decent Euros in Roberto Mancini’s defence could set him for a barely-deserved return to Serie A.

Moussa Sissoko (Tottenham)
Donny van de Beek was the first name on this particular team sheet before his season went from bad to worse with the news that he will miss the Euros because of injury. The lad can’t catch a break.

So Sissoko steps in with the Tottenham midfielder also looking to use this tournament as a shop window. The France stalwart has played only one solitary Premier League minute since Jose Mourinho was packed off by Spurs, but Didier Deschamps still rates him, even at the expense of Tanguy Ndombele. With 12 months left on his Spurs contract, a parting looks inevitable.

Dennis Praet (Leicester City)
Even Roberto Martinez admitted to being “very surprised” by Praet’s performance in their friendly win last week. Okay, it was Belarus and the Red Devils won 8-0, but Praet still stood out in his first 90 minutes since December.

The Leicester midfielder has had problems with injuries but he has been available since late March, but Brendan Rodgers alluded to the Belgian’s difficulties with ‘picking up the speed’ upon his return. Praet himself admits ‘it really is a struggle’ to earn a place in the Leicester midfield which, to be fair, is more of a reflection of Rodgers’ options than the talent of the £18million star.

Cengiz Under (Leicester City)
The Turkey wideman was widely considered to be something of a coup for Leicester last season. Then he spent all season as a substitute before being returned to Roma, having failed to make even the bench for the FA Cup final and the last three games of the season.

Like Van de Beek, this summer is a huge opportunity for Under. A goal in the their most recent warm-up friendly will do no harm to his chances of starting for Senol Gomes’ side.

Michy Batshuayi (Chelsea/Crystal Palace)
The Belgium striker will return from the Euros a Chelsea player, though he’ll remain that for only as long as it takes the Blues to shift him on again.

Christian Benteke (Crystal Palace)
At least Benteke is going to the Euros in something resembling form. After six goals in the previous three seasons (his last two transfers were worth almost £60million), he got double figures this term. Though half his 10-goal haul came with Palace safe, just in time for his contract renewal talks. Funny that.

But it worked. Palace gave him two more years, we assume because they’re worried about having no players next season.

Andriy Yarmolenko (West Ham United)
Matej Vydra would have been a shoo-in for this side a year ago but the Burnley forward has used the delay to embark on his best season in the Premier League. Yarmolenko, though, has put himself forward as one of the West Ham players most likely to be axed this summer.

So the Ukraine star needs a decent European Championship to put himself in the shop window, otherwise he’s stuck at the London Stadium, where he made just one start in the Premier League last term. Given his wages, that’s perhaps a bigger problem for the club than the player.